It sits right in the middle of the new Radeon family.
D. Hardawar|01.06.20
@devindra

AMD is rounding out its Radeon family at CES -- but it's not the high-end video card that many were expecting. Instead, it's debuting the Radeon RX 5600 XT, a GPU focused on delivering killer 1080p performance between 90 and 120FPS. It sits between the entry-level Radeon 5500XT, which is more focused on steady 60FPS 1080p performance, and the 5700 XT, a more powerful card for 1440p gaming.

AMD is positioning the 5600 XT as the ideal upgrade for someone with NVIDIA's GTX 1060, a card that was a great deal when it launched several years ago, but can't always reach 60FPS in AAA titles today. In Call of Duty: Modern Warfare, the 1060 currently scores around 57 FPS in 1080p with ultra quality settings, while the 5600 XT reaches around 92 FPS. And the same is true for 1080p performance in games like The Division 2, Gears of War 5 and The Witcher 3. Where NVIDIA's card struggles to reach 60FPS, AMD's new entry hovers around 90FPS.

AMD expects 5600 XT cards to sell around $279 when it launches on January 21st, making it directly competitive with NVIDIA's GTX 1660 Ti. Not surprisingly, AMD claims it still has a performance lead over that card. In AAA titles like The Division 2 and Gears of War 5, the 5600 XT is on average around 20 percent faster. And in e-sports oriented titles like Fortnite and Overwatch, it's around 10 percent faster. 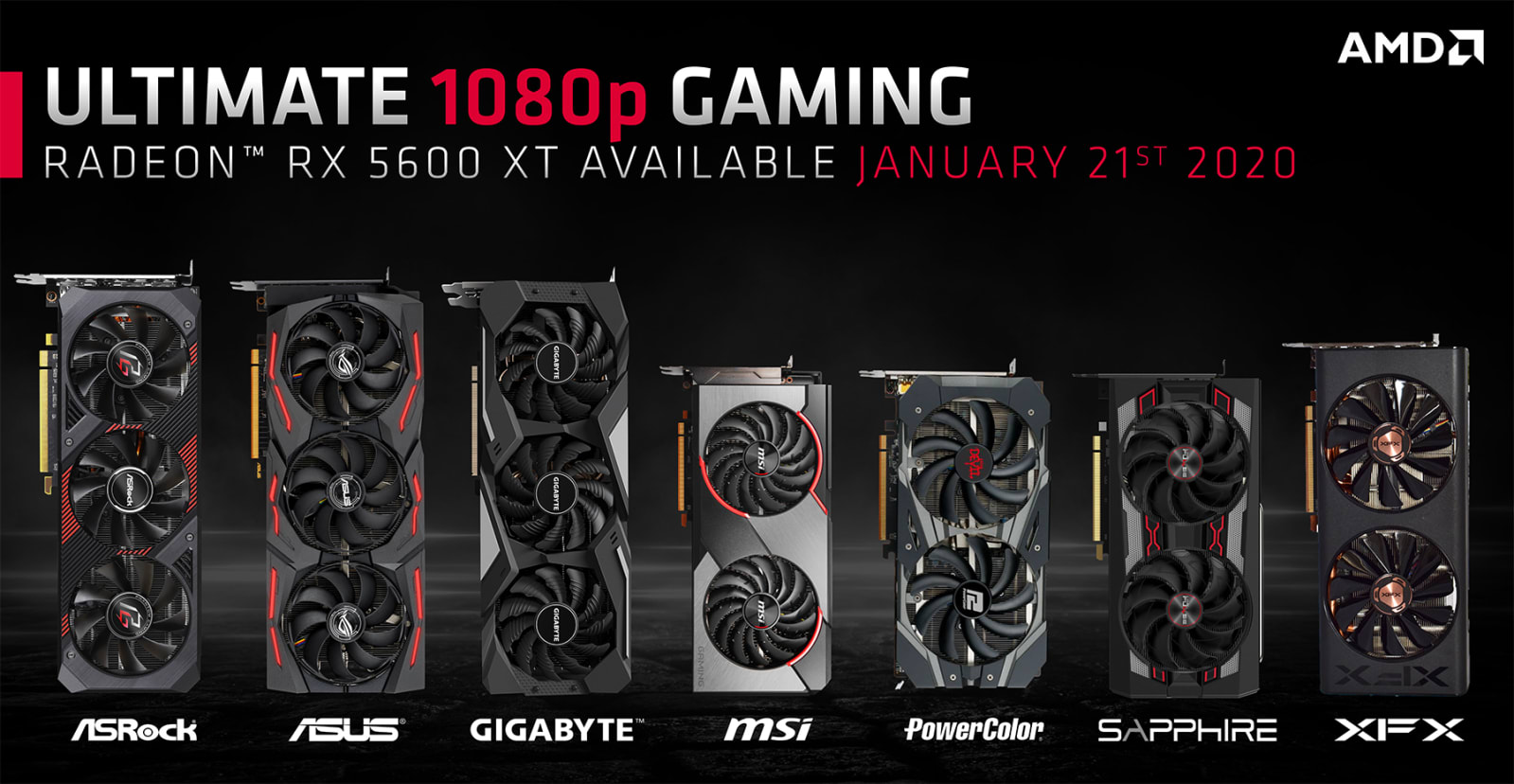 And there are other notable software benefits to choosing AMD over NVIDIA: Radeon Boost also lets developers eke out even more performance from the GPU. (In Overwatch, that feature nets you 37 percent faster speeds!) Radeon Anti-lag, meanwhile can make your e-sports play significantly more responsive.

Even if you're not looking to upgrade anytime soon, the Radeon 5600 XT is still an exciting card. It puts the company in a better position to compete with NVIDIA. Sure, there's no high-end option yet, but for the vast majority of gamers, the latest Radeon cards will still be compelling choices.