Bic wants to design better razors via a new prototype of a connected wet shave called the Next Bic Thing. It looks like a normal five-bladed shaver and handle, but it can capture tons of shaving data, including temperature, humidity, hair density, shaving speed, number of strokes, time spent shaving, blade dullness and even water use. Using this data, Bic will build next-gen shavers that are "perfectly adapted to today's users based on these advanced consumer insights," the company said.

"The aim is to measure how users shave in a more precise way than ever before," Bic's Insights and Innovation Officer Thomas Brette told Engadget. "To do that, we can capture each razor movement precisely using electronics inside the razor. That information is transmitted to the cloud, where it's processed by an AI system to show the user's precise shaving habits." 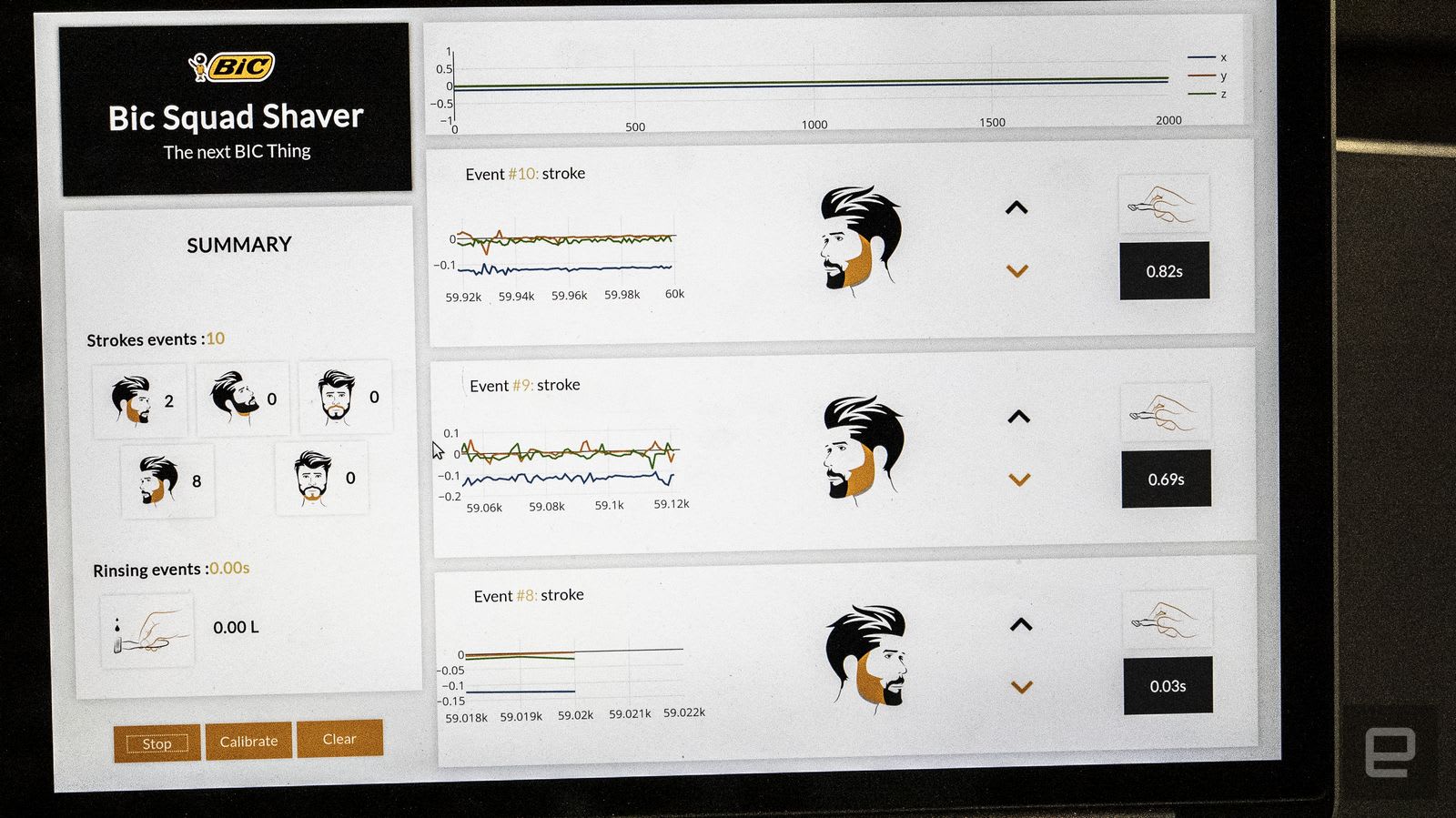 The connected part of the razor comes from French company Invoxia, which develops GPS trackers, the Triby speaker and other connected devices. The razor connects to an app over Bluetooth to transmit data captured via motion and environment sensors.

That's processed by an AI system and displayed in a "stroke event" summary and stroke-by-stroke detail. It can also detect if you're running water over the blade (tsk, tsk) and therefore how much water you're wasting.

The prototype blades will be made in limited quantity and available to a small pool of 500 testers to start with. "We have the capacity to expand that quickly though," said Brette. From a site called Next Bic Thing, consumers can sign up and answer questions about their shaving habits. "We ask their age, sensitivity of skin, how many times per week they shave, whether in the morning or evening, in the shower, with hot or cold water, using shaving cream or soap, et cetera," said Brette.

If approved (the trials are happening in the US only), you'll get a free razor and supply of blades, then you'll just need to install the app and activate it each time you shave. The razor itself will do the rest, gathering and processing data. It'll be transmitted to Bic, but you'll also be able to see some graphics and other info about how you shave.

While Bic will use the data mostly to design next-generation razors, it could help you shave better by showing you when to change the blades, et cetera. (If you're worried about hackers getting their grubby hands on your shaving data, Bic assured me that everything is locked up and protected in the cloud.)

To be clear, this product is for research trials and won't become a mass-market product. "We'd need to find a benefit that would make it worth owning a connected shaver, and at the moment, we don't have anything that would justify that," said Brette. That's probably true, but it's not going to stop people from wanting one, of course.