It's like if Magic Leap had made 'Nintendo's Ring Fit Adventure.'

Last year, Samsung unveiled an exoskeleton called Gait Enhancing & Motivating System (GEMS) that could help correct your posture and assist with everyday walking. It was an ambitious concept device that the company has now developed into a personal fitness coach. During its CES 2020 keynote, Samsung unveiled a pair of augmented reality glasses -- a new piece of hardware for the company -- that appeared to be tethered to a nearby Galaxy smartphone. The wearer could then pick a virtual-workout location and motivational trainer to guide them through some exercises.

The GEMS exoskeleton, which my colleague James Trew described as "techno-lederhosen" last year, tracked the user's movements as they attempted to complete some reverse-lunge knee-ups. The virtual trainer kept count and occasionally provided feedback like "good" and "keep your balance." Once the set had been completed, Samsung explained that the wearer could take a deeper look at their performance and identify areas for improvement through a companion mobile app. In short, it felt like a combination of Magic Leap and Nintendo's Ring Fit Adventure game. 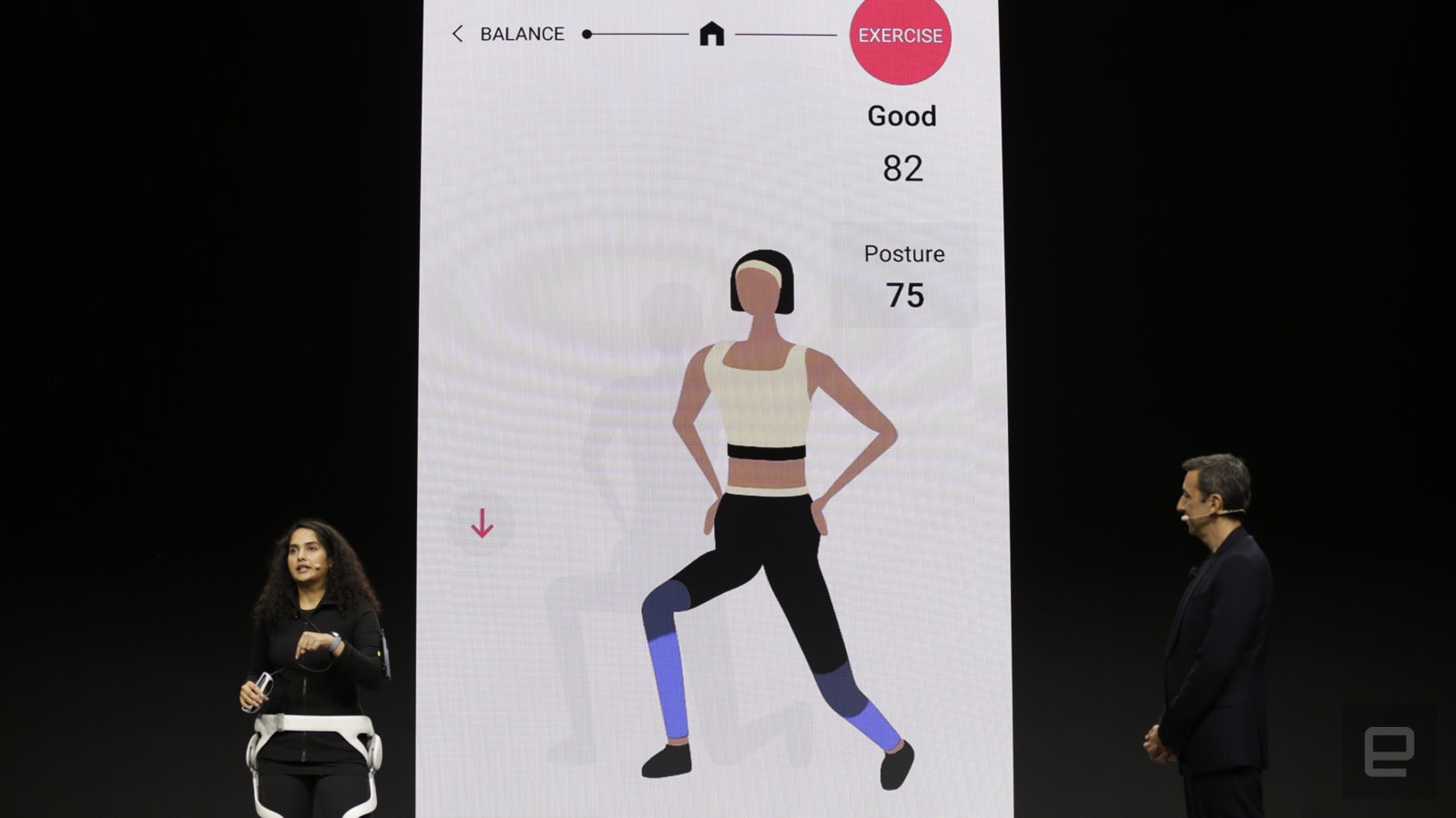 Will this ever come to market? We have no idea, though it was a neat demo that showed how Samsung is imagining the future of personal fitness.