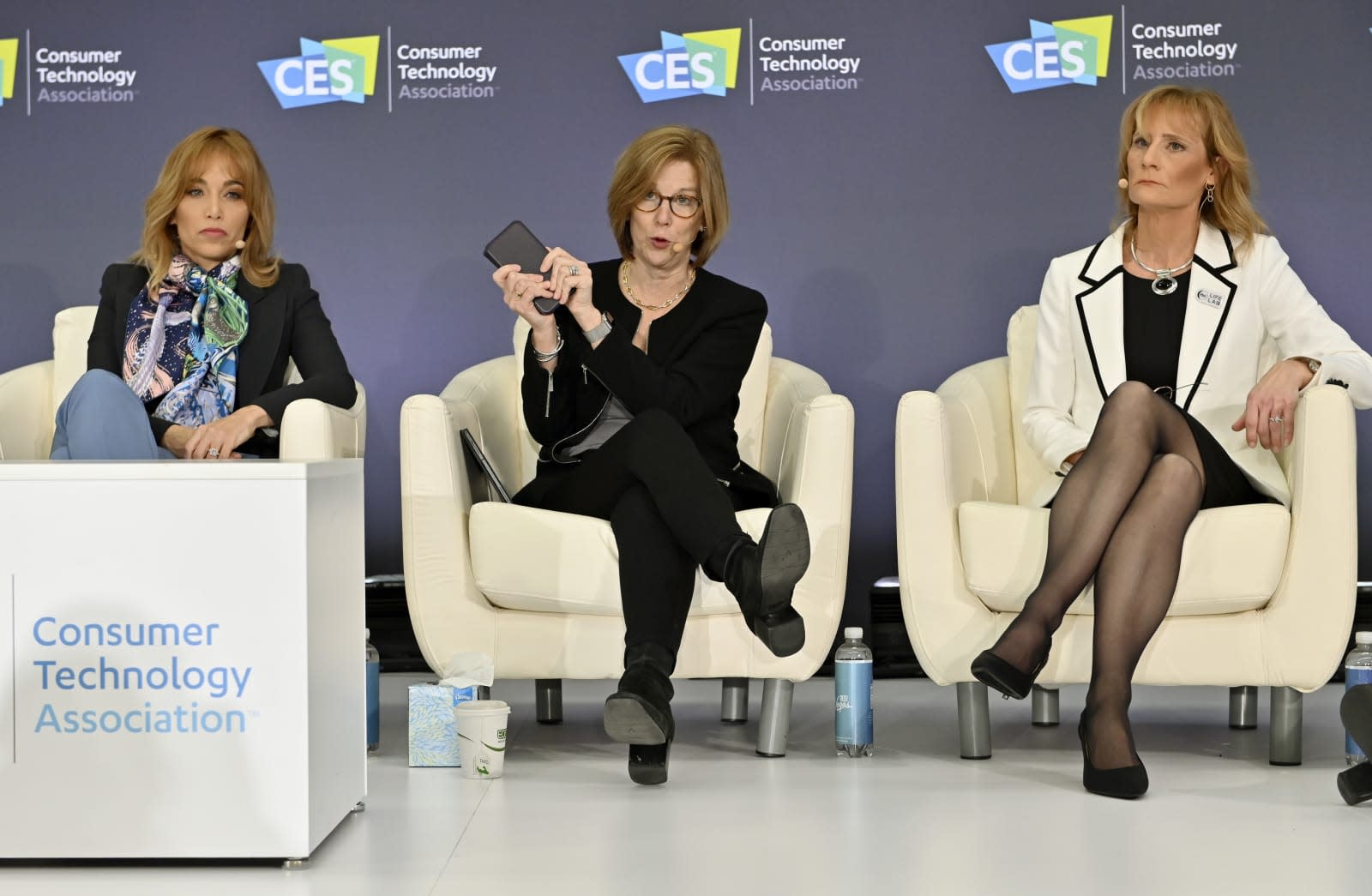 It had been 28 years since Apple last made an official trip to CES until today when Jane Horvath, the company's senior director for global privacy, appeared on a panel discussing consumer privacy.

Touting privacy, of course, has become one of the company's main marketing strategies. The pitch is that, in a post-Cambridge Analytica world that's become an arms-race for consumer data, Apple alone -- not Google, Amazon or Facebook -- can be trusted with personal information. Its business comes from hardware and software (and maybe now entertainment), not trafficking user data. Apple CEO Tim Cook has been vocal about it and his company has both introduced new privacy features and trolled its competitors.

But for those expecting a three-way dust-up between Apple, Facebook and the FTC at CES, there was no such thing. Even though moderator Rajiv Chand of Wing Venture Capital tried his best to set up the conflict on the all-female panel that also included Erin Egan, VP of public policy and chief privacy officer for policy at Facebook, Rebecca Slaughter, commissioner at the Federal Trade Commission and Susan Shook, Procter & Gamble's global privacy officer.

"Almost every day when we read the newspaper we see different concerning stories about privacy or security breaches. It would be impossible to conclude that enough is being done," said Slaughter of the FTC.

And the burden of protecting privacy can't lie only on consumers, she said. Understanding the amount of user data that's processed daily is "untenable for most people."

"I don't think anyone here could tell any of us accurately who has what data about them and how it is being used."

Apple's Horvath, who previously was global privacy counsel at Google and chief privacy counsel at the Department of Justice, expectedly listed the company's "privacy by design" and data minimization principles. For instance, the way Apple injects noise into the "frequently used" emoji datasets to anonymize them and processes facial recognition on the Photos app on-device. Horvath also confirmed that Apple scans for child sexual abuse content uploaded to iCloud. "We are utilizing some technologies to help screen for child sexual abuse material," she said.

Egan, of Facebook, tried to put her employer on an equally secure plane as Apple, citing privacy as a fundamental right -- despite the fact that in the last year Facebook has been in privacy skirmishes with Apple and received a record fine from the FTC. "We have a different business model than Apple but both business models are privacy-protective" she said.

Slaughter, however, disagreed. "I don't think anyone here could tell any of us accurately who has what data about them and how it is being used," she said.

One point that was more or less agreed on: the need for a federal privacy law. Slaughter -- while not drawn into concrete predictions -- said she'd hope for legislation in the next year. Horvath said the US should not only learn from the GDPR model in implementing legislation, but suggested "we need to look at every consumer regardless of where they live as entitled to the same strong protections."

In this article: apple, ces2020, erin egan, facebook, gear, jane horvath, security
All products recommended by Engadget are selected by our editorial team, independent of our parent company. Some of our stories include affiliate links. If you buy something through one of these links, we may earn an affiliate commission.