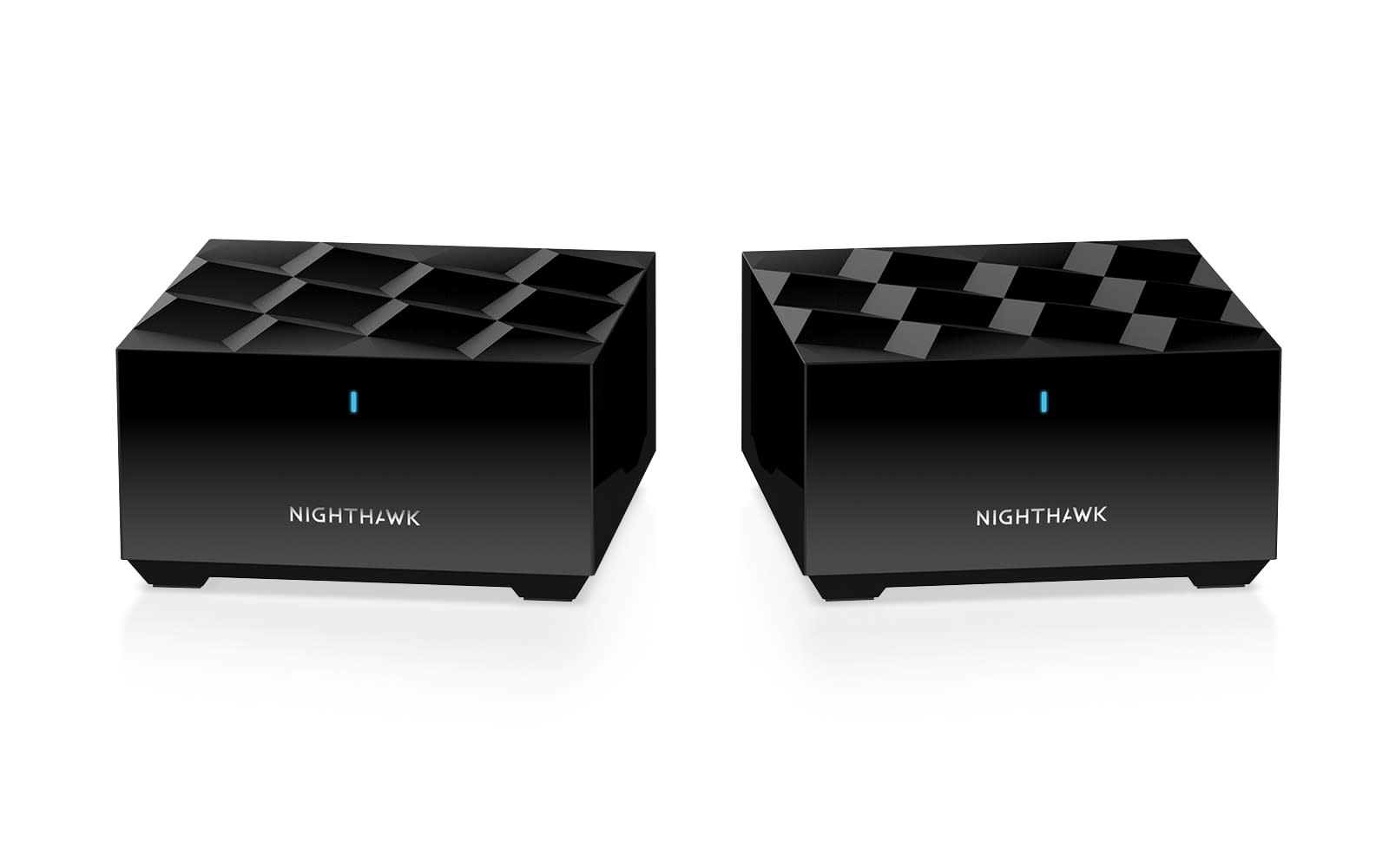 When Netgear introduced its Orbi WiFi 6 mesh router last fall, one of the things that stood out the most was its $700 price tag. Now, Netgear is ready to unveil a more affordable option. At CES this week, it introduced the Nighthawk Mesh WiFi 6 System, a router and satellite kit that will start at $229.99.

The system will come with one or two satellites, and setup should be easy with the Nighthawk App. Each router and satellite will support speeds of up to 1.8 Gbps and should cover up to 1,500 square feet per node. The router includes two ethernet ports -- one for internet and one for LAN -- and each satellite has one ethernet port.

The router and one satellite combo will ship sometime this month. The router and two satellite kit will be available later this quarter. Netgear has not yet revealed pricing for the two-satellite option.

Netgear also announced a new Nighthawk AX6 6-Stream AX5400 WiFi 6 Router. That should be available in the first quarter of 2020, but Netgear has not said how much it will cost. The company is also adding the AX1800 4-Stream WiFi 6 Mesh Extender (EAX20), which will be listed at $149.99.

In this article: affordable, ces2020, gadgetry, gadgets, gaming, gear, high-speed internet, internet, mesh router, netgear, nighthawk, nighthawk mesh wifi 6 system, router, wifi 6
All products recommended by Engadget are selected by our editorial team, independent of our parent company. Some of our stories include affiliate links. If you buy something through one of these links, we may earn an affiliate commission.