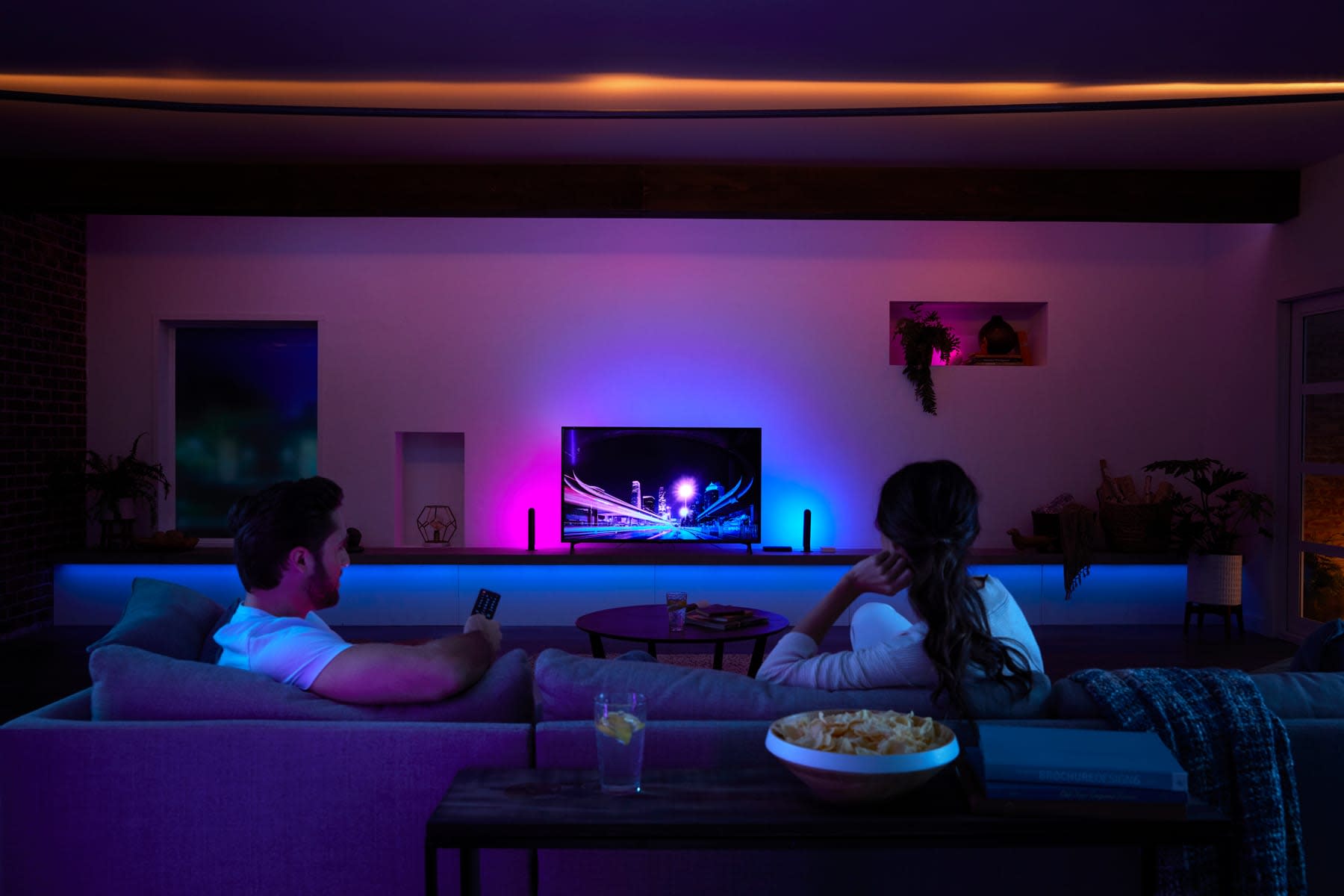 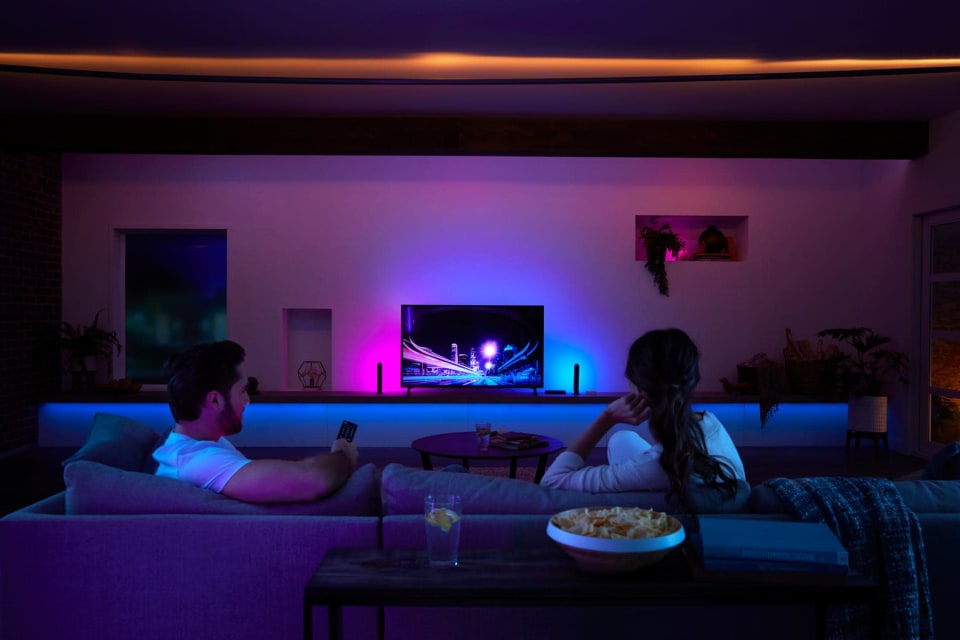 We cheered when Signify launched the Philips Hue Play HDMI Sync Box last September. At last, a dead-simple way to sync the company's smart lights with whatever is playing on your TV! The hardware wasn't perfect, though. It didn't have baked-in voice control, for instance, or any formal compatibility with Alexa, Siri, or the Google Assistant. For a $230 box -- and one released in 2019 -- it felt like a massive and inexcusable omission. Signify has recognized its mistake, though, and is working on a software update that will add support for all three assistants later this spring.

Once it goes live, you'll be able to use your voice to turn the Sync Box on and off, change various Hue light settings and switch between HDMI devices. If you need a refresher, the svelte black slab has five HDMI slots -- one for your TV, and four for your favorite media players, game consoles and streaming boxes. The Sync Box analyzes the incoming image and then chooses the most appropriate colors and brightness settings for your smart bulbs. You can also fine-tune the experience with three different sync modes (video, music and games), a brightness slider and four intensity options (subtle, moderate, high and extreme) inside the Hue Sync app.

The effect will vary, of course, depending on the number and type of Hue bulbs that you have set up. Some TV-attached lightstrips, for instance, might be more dramatic than a couple of bulbs placed behind your sofa.

Don't care for voice control? No problem. Today, Signify announced that you'll soon be able to use infrared-based TV remotes to control the Sync Box. That includes basic commands -- turning the contraption on and off, and switching between different HDMI inputs -- and more complicated button inputs, provided you "teach" the Sync Box what each of them means through the Hue Sync app. Signify hopes this will make it easier to use the box everyday as part of a more complicated home theater setup.

In this article: av, ces2020, gear, home, lights, philips, philips hue, philips hue play hdmi sync box, signify, smart home, smart lights, sync
All products recommended by Engadget are selected by our editorial team, independent of our parent company. Some of our stories include affiliate links. If you buy something through one of these links, we may earn an affiliate commission.