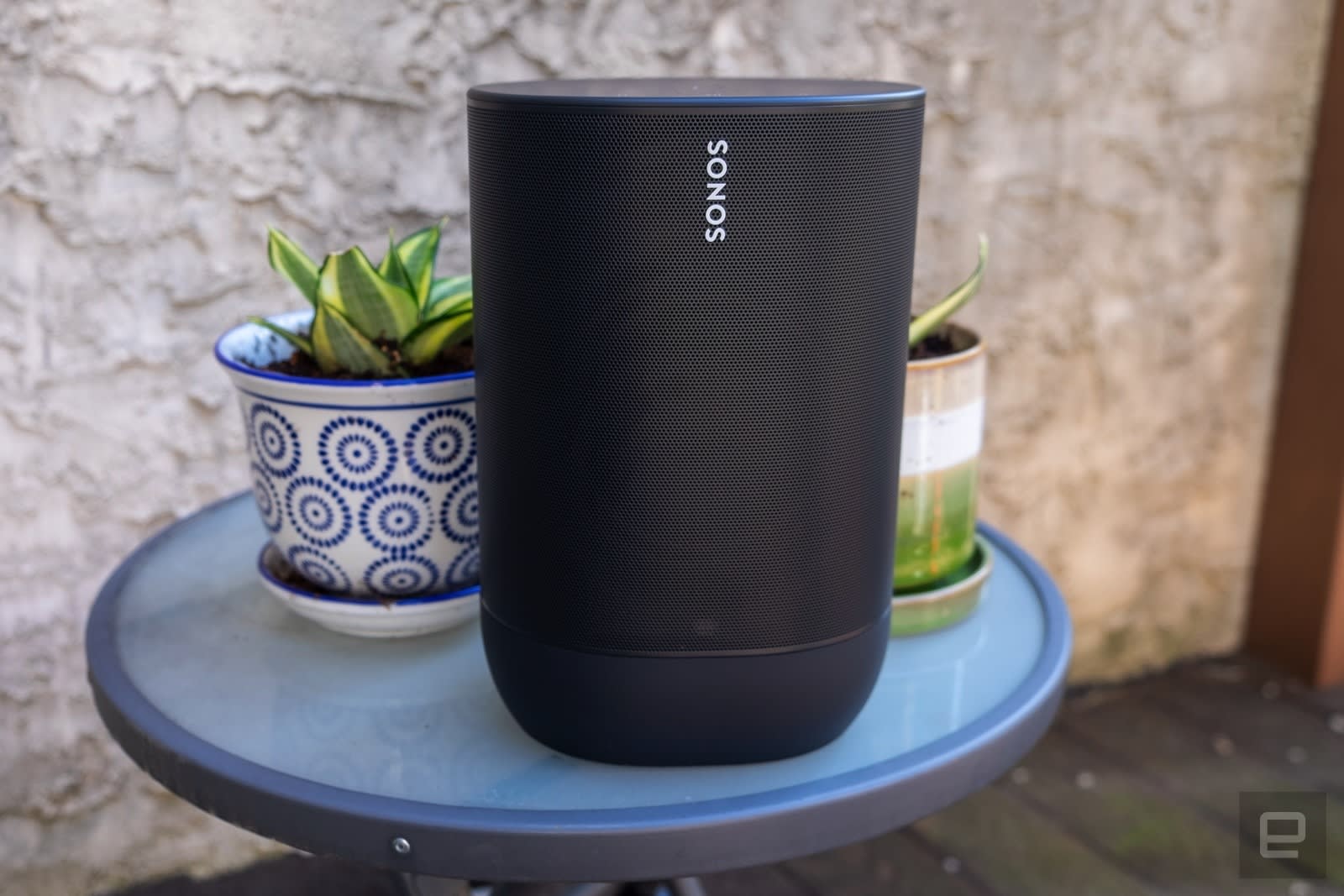 Sonos may have to cozy up to partners like Amazon and Google to compete in the smart speaker world, but that doesn't mean it's happy with how it's being treated. The company has sued Google in federal court over allegations the search giant is violating five of its speaker patents, including technology that lets wireless speakers sync with each other. Google has been "blatantly and knowingly" duping tech Sonos chief Patrick Spence said in a statement, and supposedly refused to cooperate on a "mutually beneficial solution" despite years of discussions.

The lawsuit is looking for both financial penalties as well as a ban on sales of Google hardware, including phones and laptops. It's accompanied by a matching US International Trade Commission complaint that could also block the import of Google devices. Companies embroiled in patent disputes often use simultaneous ITC complaints as a way to force the other side to the table, since those tend to wrap up sooner than lawsuits.

Sonos said the lawsuit reflected just a fraction of what it had suffered under not just Google, but Amazon as well. The speaker firm claimed that Amazon and Google likely violated 100 patents each, and that this was really part of a pattern of tech giants abusing necessary partnerships to squeeze competition for their smart speakers. Sonos told the New York Times that it suspected the patent dispute had affected other aspects of the Google relationship, such as stricter rules for Assistant voice control and a requirement to divulge details of future hardware up to six months in advance.

Executives at Sonos claimed that Google tried to stifle the arguments by insisting that Sonos was violating patents (without sharing much info) and providing counter-proposals for licensing fees that had it paying a negligible amount.

Not surprisingly, the targets of these allegations object to the claims. A Google spokesperson said the company would fight the lawsuit and was "disappointed" that Sonos chose to sue instead of "continuing negotiations in good faith." Amazon, meanwhile, denied that it violated any patents and said its multi-room music was "developed independently."

Whether or not the lawsuit has merit, it comes at a bad time for Google. The internet pioneer is already facing antitrust investigations and congressional hearings over its practices. Sonos' case may fuel government concerns that Google is misusing its dominant positions to strangle rivals that have no choice but to submit if they want to avoid retaliation.

In this article: av, business, gear, google, google home, itc, lawsuit, patents, smart speaker, sonos, speaker, speakers
All products recommended by Engadget are selected by our editorial team, independent of our parent company. Some of our stories include affiliate links. If you buy something through one of these links, we may earn an affiliate commission.