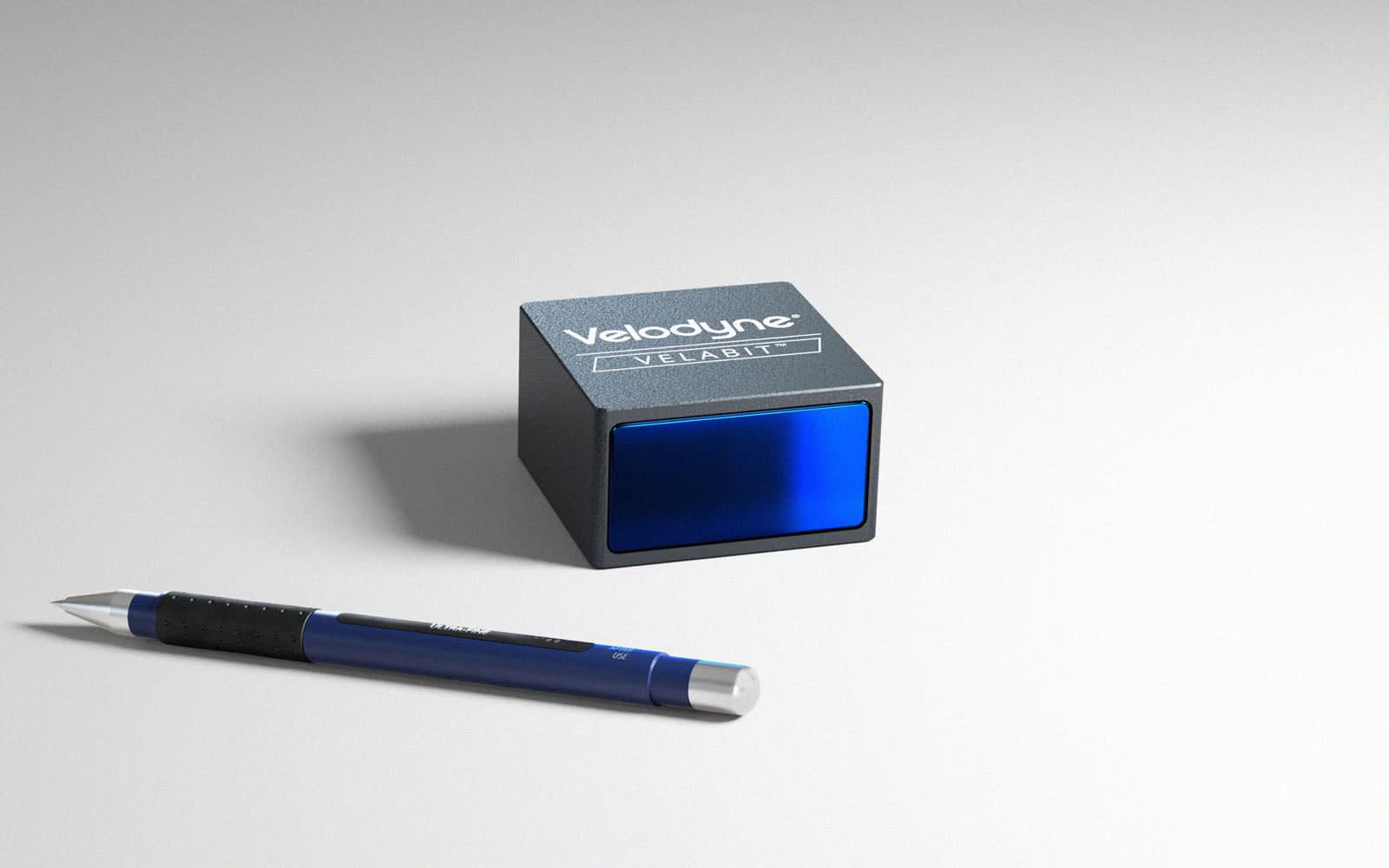 Velodyne, one of the companies that helped invent modern LiDAR, says it has developed a component that will make adding laser-based radar to autonomous cars and other vehicles more affordable. At CES, the company showed off its new Velabit LiDAR system, which it plans to sell to manufacturers for about $100 per unit.

That's significantly cheaper than the company's previous LiDAR units. Last year, ArsTechnica reported some of Velodyne's more expensive systems could cost as much as $75,000 to $100,000. It also costs less than some of the other more affordable units we've seen announced over the last year or so. In July, for example, one of Velodyne's competitors revealed a LiDAR system that will cost $1,000 when it becomes available sometime in 2022.

Despite the system's price tag, Velodyne claims it's just as capable as one of its state-of-the-art sensors. Velabit's diminutive size -- it's smaller than a deck of cards -- also means it has use cases outside of autonomous cars. For instance, Velodyne claims drone manufacturers will be able to integrate the component into their products. Other robots could also benefit from access to the system.

LiDAR is one of the most critical components of an autonomous vehicle. The basic idea of the tech is straightforward: by sending out multiple laser beams from a sensor, a computer can map its surroundings by measuring the amount of time it takes those light beams to travel back after bouncing off an object. The issue has been making the technology affordable and reliable enough to use in cars, something Velodyne's latest sensor could do.

Velabit will be available to manufacturers starting in mid-2020.

In this article: autonomous, autonomous vehicles, bestofces2020, CES2020, gear, LIDAR, luminar, robots, tomorrow, transportation, velodyne, Waymo
All products recommended by Engadget are selected by our editorial team, independent of our parent company. Some of our stories include affiliate links. If you buy something through one of these links, we may earn an affiliate commission.