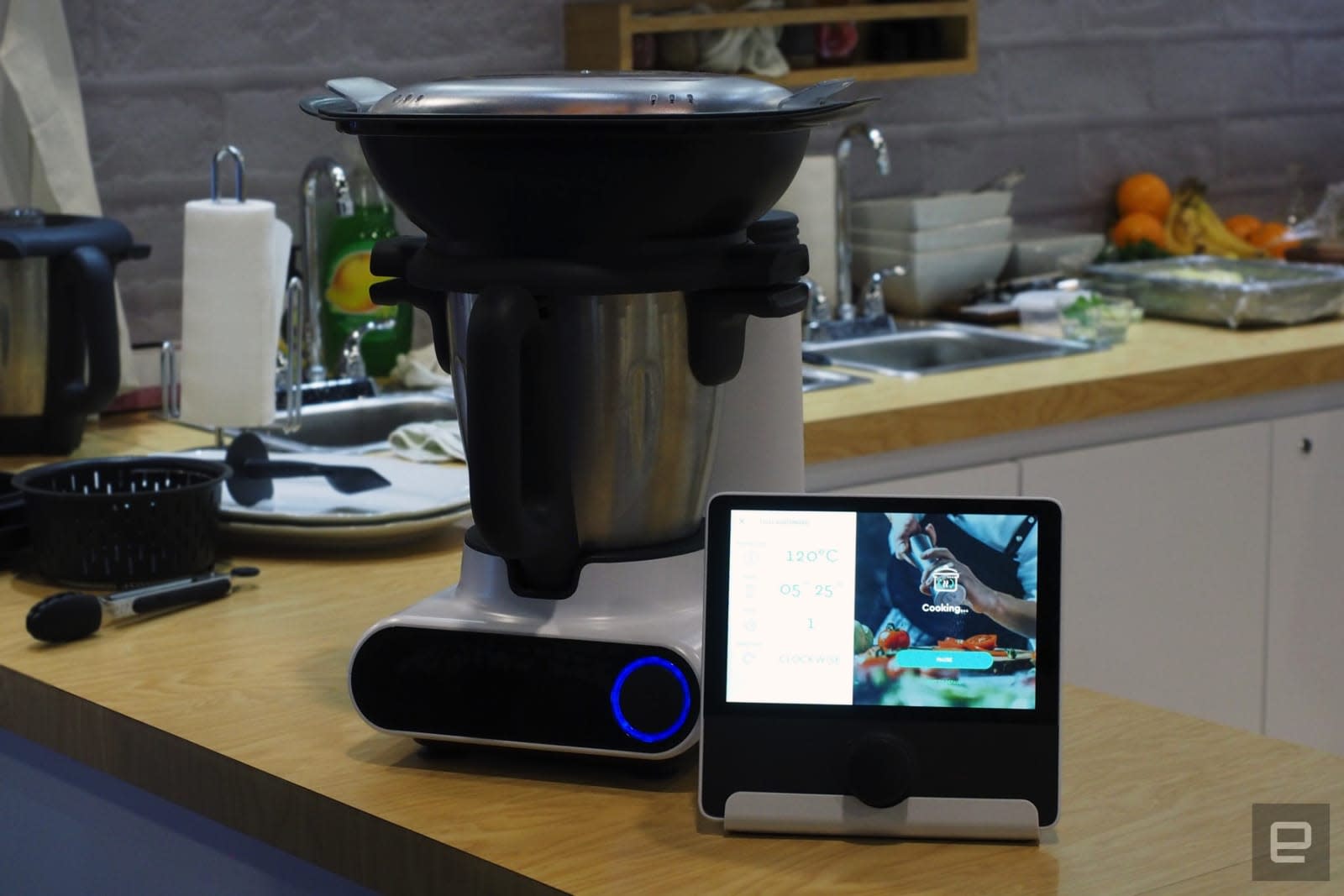 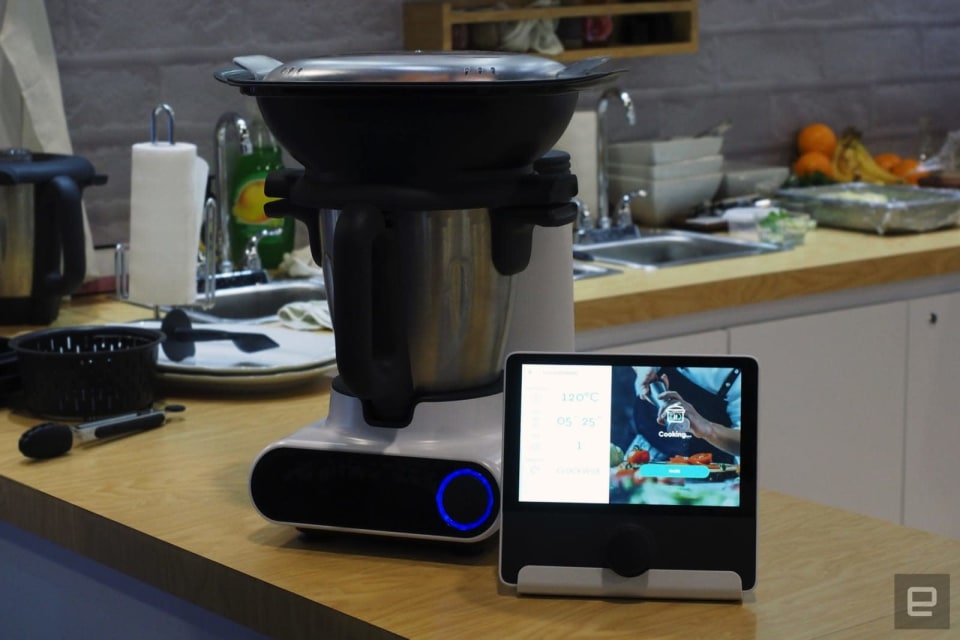 If there's one thing that CookingPal's Julia is going to have to deal with, it's the implication that it's destined for a life as a shopping-channel mainstay. You can imagine the smooth-voiced announcer listing all of the things it can do: It weighs! It chops! It mixes! It kneads! It cooks, but that's not all, because it can even cook your food! It's a stand mixer that you could conceivably use to make an entire meal, and it'll even wash itself up... all for three easy payments.

I watched Julia (named after Ms. Child) being used to make both cream of mushroom soup and steamed salmon, and it's clearly perfect for these sort of test-kitchen demos. Throw in your vegetables (pre-peeled and roughly chopped) and you'll soon be able to use the bowl's heating element to begin cooking. While this went on, another machine had its bowl filled with water and the steaming tray attached to the lid.

The really interesting component is the companion tablet, which you can use to control Julia's functions and which has step-by-step instructions. These will tell you what to do and when, throwing in each ingredient as the bowl's blades keep automatically stirring the mix. It's clear that should you want to, you could tote around the tablet and relax between prompts, safe in the knowledge your meal won't be ruined.

There are other accessories that come in the package, like a broiling basket, a whisk and various other accessories, all of which can be cleaned if you fill the jug with water and set the blades in motion. Again, I've seen more than a few wacky products being offered on late-night TV with a lack of washing being touted as a feature. Similarly, the volume of jobs it can do reminds me a lot of those scenes of commercial actors angrily binning all of their other kitchen gadgets in favor of the latest WundaSlicer or whatever.

My issue is that I'm not sure who a product like this is for: Expert cooks probably won't want to be handheld, and it's probably too much work for novices. Especially since having just one, very expensive device to do so many things would probably be limiting for people who want to do more. That's perhaps the issue: It'll be very good at making soups and sauces and the odd chili, but it can't replace your kitchen. Is that worth the potentially high price? Depends if you're prepared to make several easy payments of $99.99.

In this article: ces, ces2020, CookingPal, CookingPal Julia, food and drink, food-and-drink, foodanddrink, gear, hands-on, home
All products recommended by Engadget are selected by our editorial team, independent of our parent company. Some of our stories include affiliate links. If you buy something through one of these links, we may earn an affiliate commission.