Imagine you're filthy rich and have a five-bedroom home in the English countryside. How do you keep your house secure? An enormous gate with a fancy intercom system? Multiple cameras and smart locks? That's so old hat. Sunflower Labs, a company led by former Evernote executive Alex Pachikov, is pitching something far more extravagant: a residential security drone that, once deployed, can check out disturbances autonomously.

The system starts with 'Sunflowers,' a collection of motion and vibration sensors that double as color-changing garden lights. Each flower has a 20-foot detection radius and can accurately differentiate between people, cars and animals. Which is good, because you don't want to be woken up every time a fox trots across your lawn. (Unless, of course, you love animals and want to capture them on film.) If you're not expecting any visitors, you can deploy the lightweight 'Bee' drone and sit back as it investigates further. The quadcopter will use GPS and "ultrasonic collision-avoidance sensors" to stay airborne and livestream everything it encounters to your phone.

At CES 2020, Sunflower Labs offered me an iPad Pro running its security software. A few miles away, the company had set up all of the necessary hardware -- a Hive, Bee, and half a dozen Sunflowers -- around a suburban Airbnb rental. I could bring up a basic plan of the house (the company had defined the outer perimeter beforehand) and see a heat map of detected movement. There were also some preset locations that I could ask the drone to "inspect" for demonstration purposes. I asked the quadcopter to visit the swimming pool and a live video feed immediately appeared on screen, showing a Sunflower employee strolling near the water's edge. 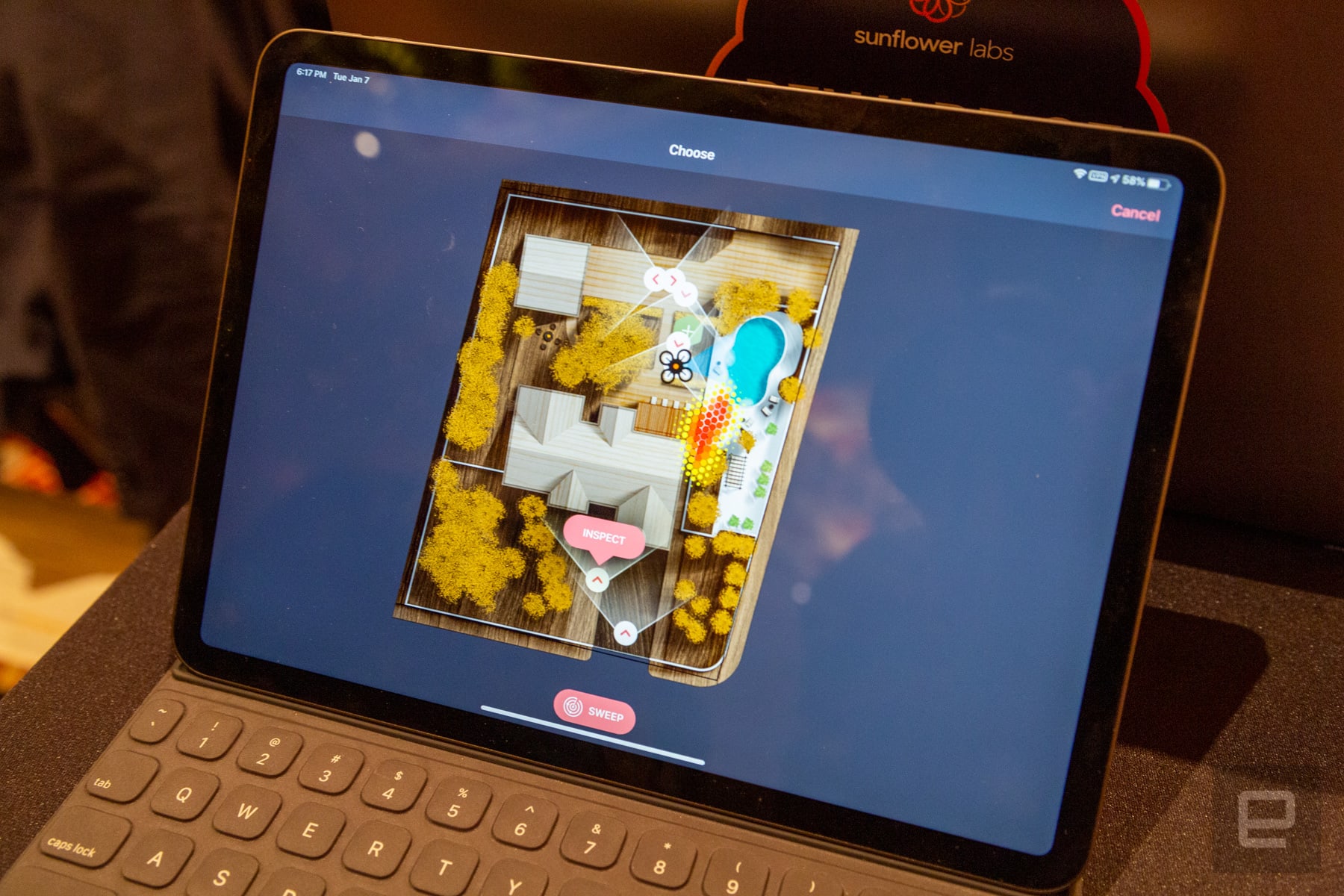 But was it really live? I asked if the company could somehow prove that I wasn't just watching a pre-recorded 'stream.' A spokesperson then took out his phone and asked the pool-side employee to switch on some of the lights in the backyard. Sure enough, the porch lit up a few moments later. Just to be sure, I asked if I could control the drone again. I swiped left and right on the screen, panned the quadcopter's camera left and right on command. There was no denying it: the show floor demo was authentic. 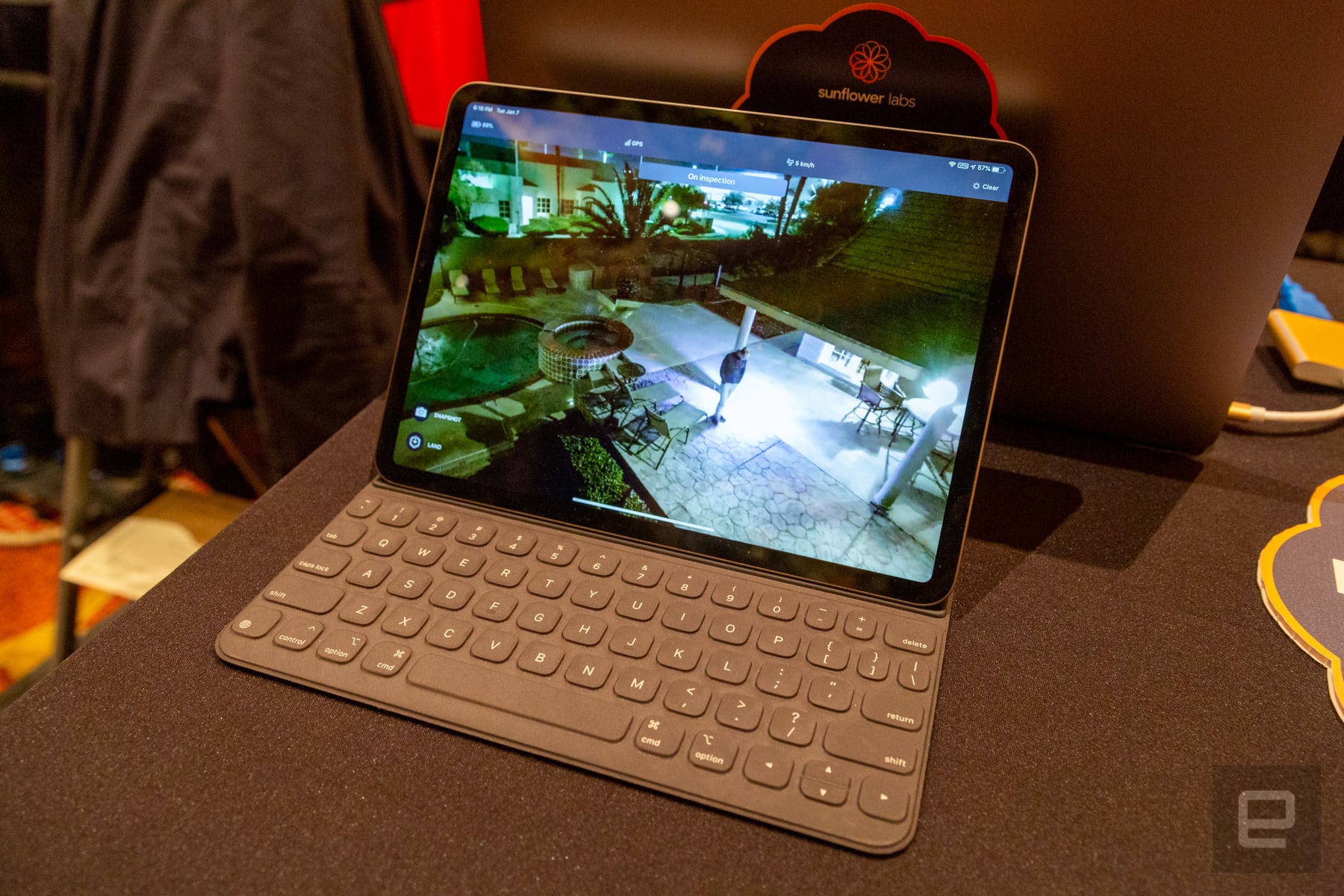 It's the first and probably last time I will use a Sunflower Labs system. In the past, the company has hinted that a subscription option will be available. That no longer seems to be the case, though. The Sunflower security package starts at $9,950 (yes, that's the starting price) and can be pre-ordered today for $990. That's, well, many thousands of dollars outside of my price range. Never mind! For a few brief moments, I pretended that I was Bruce Wayne or a real-life celebrity with a manor house and an ostentatious security system. That's something, at least.