And its Creator 17 comes with insanely bright mini LEDs.

With the GS65 Stealth Thin, MSI delivered one of the most attractive gaming ultraportables we've ever seen. But with the follow-up GS66, it's going for a more subdued look. The new model features a matte-black case and no prominent lights (aside from the RGB keyboard) or gold accents. It's a powerful machine you can take to work or school while also hiding your gaming identity.

The GS66 features Intel's latest 10th-gen H-series CPUs (which aren't shipping yet), all the way up to the most powerful Core i9 model, and NVIDIA's latest RTX graphics. (The company is being a bit ambiguous about which NVIDIA GPUs will be included, unfortunately.) You'll be able to choose from 240Hz and 300Hz 1080p IPS panels. The latter will only matter to eSports fanatics who demand the smoothest gameplay possible for higher frame rates.

MSI definitely went for a boxier look with the GS66 compared to the more angular GS65, which makes it look a bit more like Razer's popular Blade lineup. It also included the largest possible battery (99.9Wh) to meet TSA airplane regulations, so you can expect slightly better battery life than on the GS65. I didn't have a chance to play anything on the GS66, unfortunately, but its upgrades sound pretty compelling on paper. 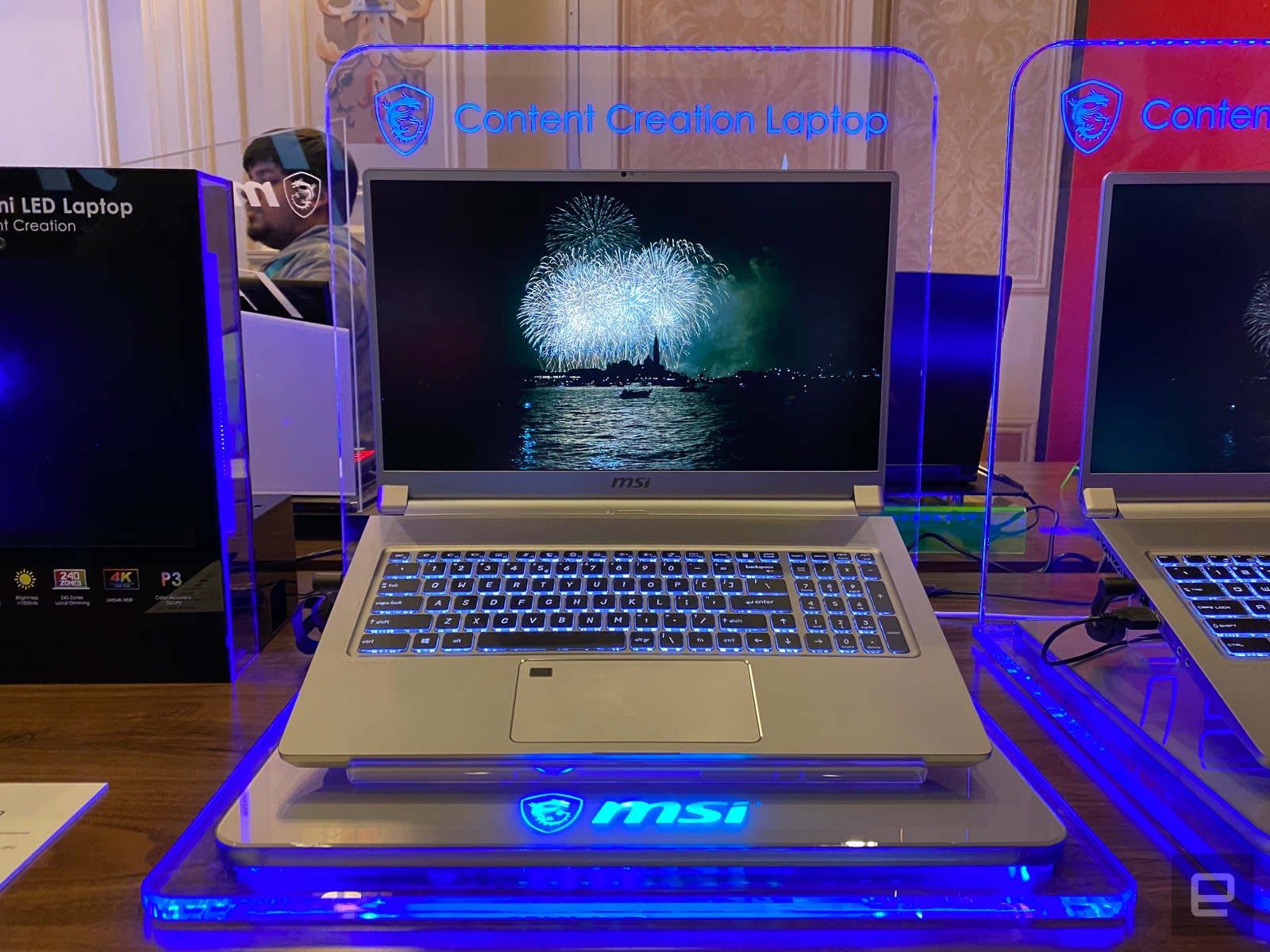 While MSI showed off a slew of other new systems at CES, the Creator 17 laptop stood out from the pack with an enormous 17-inch, 1,000-nit Mini LED screen. That technology is something we've been seeing all over CES this year, and it basically delivers quality improvements similar to OLED for a much lower price. It certainly made the Creator 17 look brighter than any laptop I've ever seen.

The Creator 17 also features the latest and greatest Intel and NVIDIA hardware, so you'll be able to do a bit of gaming when you're not hard at work. There's not much room for 17-inch laptops these days, when most consumers want the thinnest and lightest options possible. But with the Creator 17, MSI might have crafted the ideal workhorse for someone who needs to carry a big-screen laptop. 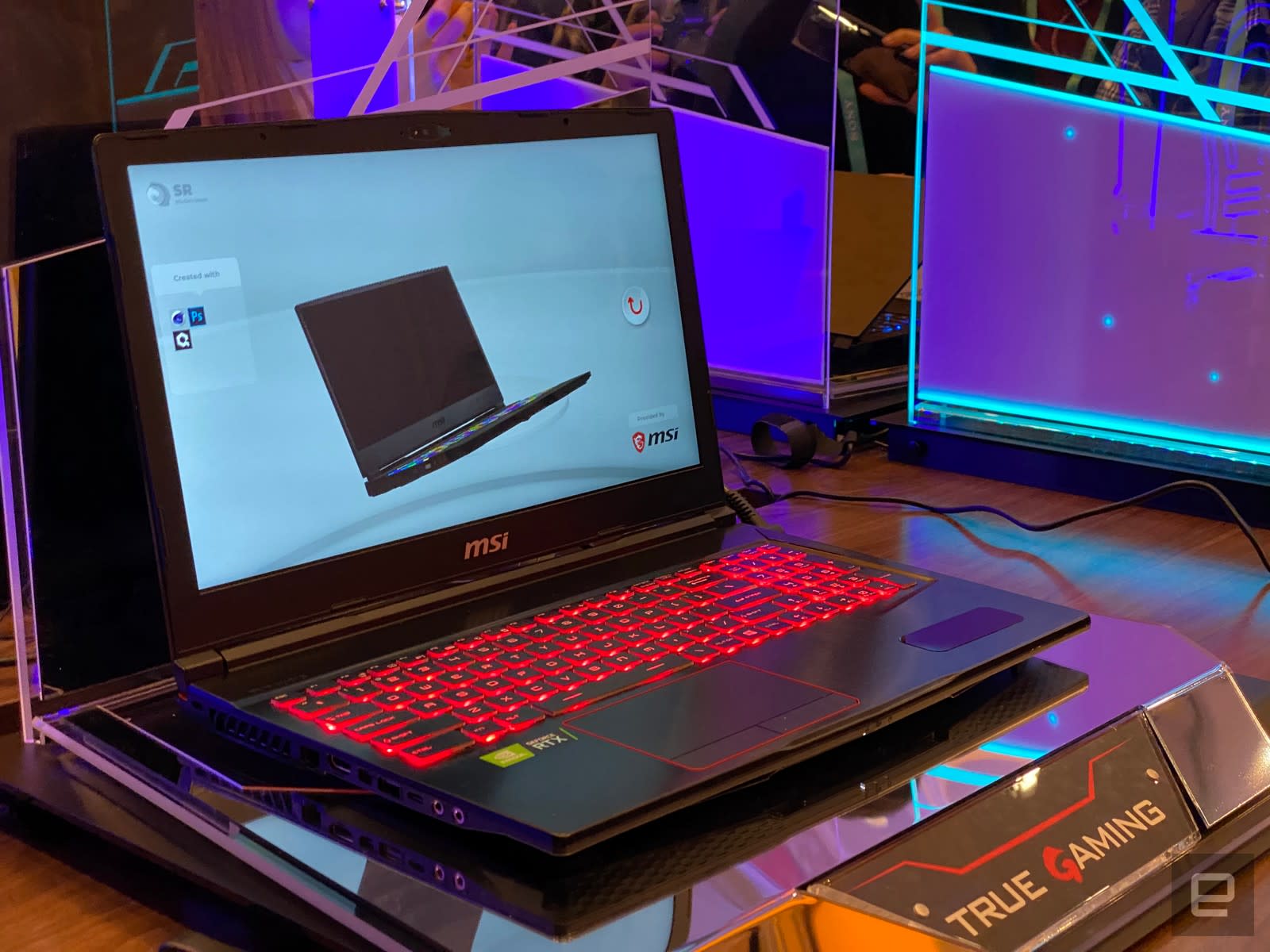 MSI also snuck a concept laptop into its CES presentation, which it's calling "simulated reality." It features a 3D screen with eye-tracking cameras (using technology from Dimenco), which allows you to look at 3D objects as if they were sitting right in front of you. It also had Leap Motion hand tracking built in, allowing me to move the on-screen objects just by waving my hands around. The company doesn't plan to turn this prototype into a shipping laptop yet, but it's still intriguing to see the different avenues MSI is exploring.

All products recommended by Engadget are selected by our editorial team, independent of our parent company. Some of our stories include affiliate links. If you buy something through one of these links, we may earn an affiliate commission. All prices are correct at the time of publishing.
View All Comments
MSI's GS66 is a more tasteful thin and light gaming laptop