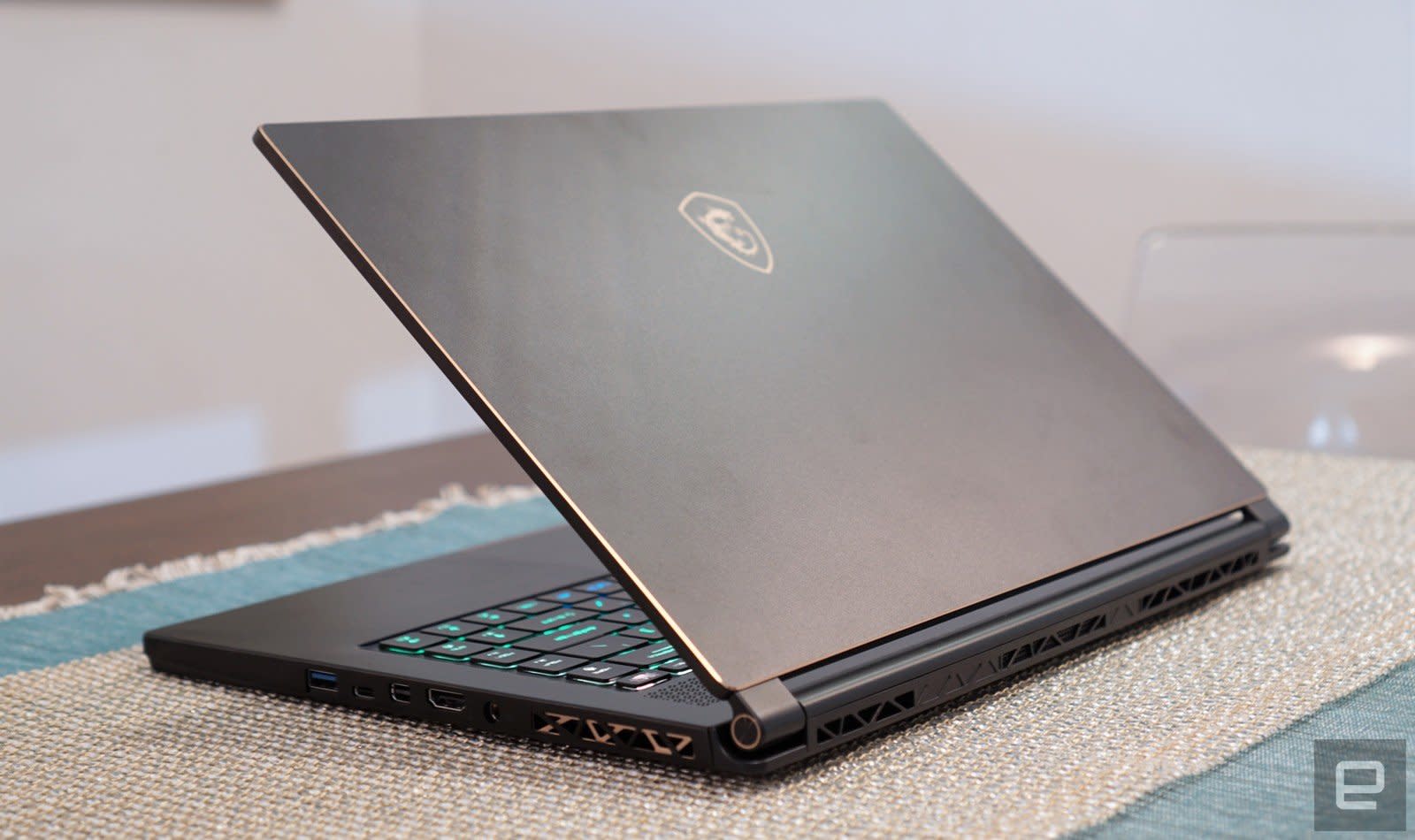 It's the most portable notebook we've seen with NVIDIA's GTX 1070 Max-Q GPU.

There's no question that gaming laptops are more interesting than ever before. Mostly, that's due to NVIDIA's Max-Q GPUs, which allow PC makers to cram a ton of power into slim laptop cases. Last year we saw the 17.9mm-thick, 4.9-pound ASUS Zephyrus, which packed in GTX 1080 Max-Q graphics. Most recently there was Gigabyte's Aero 15X, which wowed us with its light 4.5-pound frame.

Now MSI is taking its latest stab at a Max-Q design with the GS65 Stealth Thin, and it's even more impressive than what we've seen before. It weighs just 4.1 pounds, but it fits in a GTX 1070 GPU. Even though NVIDIA's laptop-graphics chips haven't changed since last year, it's clear that MSI and other computer makers are getting smarter about how they implement that hardware.

The Stealth Thin GS65 is MSI's slimmest laptop yet at 0.69 inches thick. I was able to slip the Stealth Thin into messenger bags and laptop cases meant for ultraportables, something I never expected. With its smooth metal case and golden accents, it's more reminiscent of the luxury styling of HP's Spectre line than something meant for gamers.

That beauty hides plenty of power: Under the hood, it runs either NVIDIA GTX 1060 or 1070 Max-Q graphics and an eighth-generation Intel Core i7 CPU in higher-end configurations. The Stealth Thin features a 15.6-inch 1080p screen running at 144Hz. While it would have been nice to see a higher resolution, 1080p is generally the sweet spot for balancing performance and graphics quality. Plus, that fast refresh rate means you'll be able to play games at up to 144 frames per second. And like most laptops coming out this year, the bezels here have been cut to the bare minimum, creating the illusion that images are floating in front of the hardware. 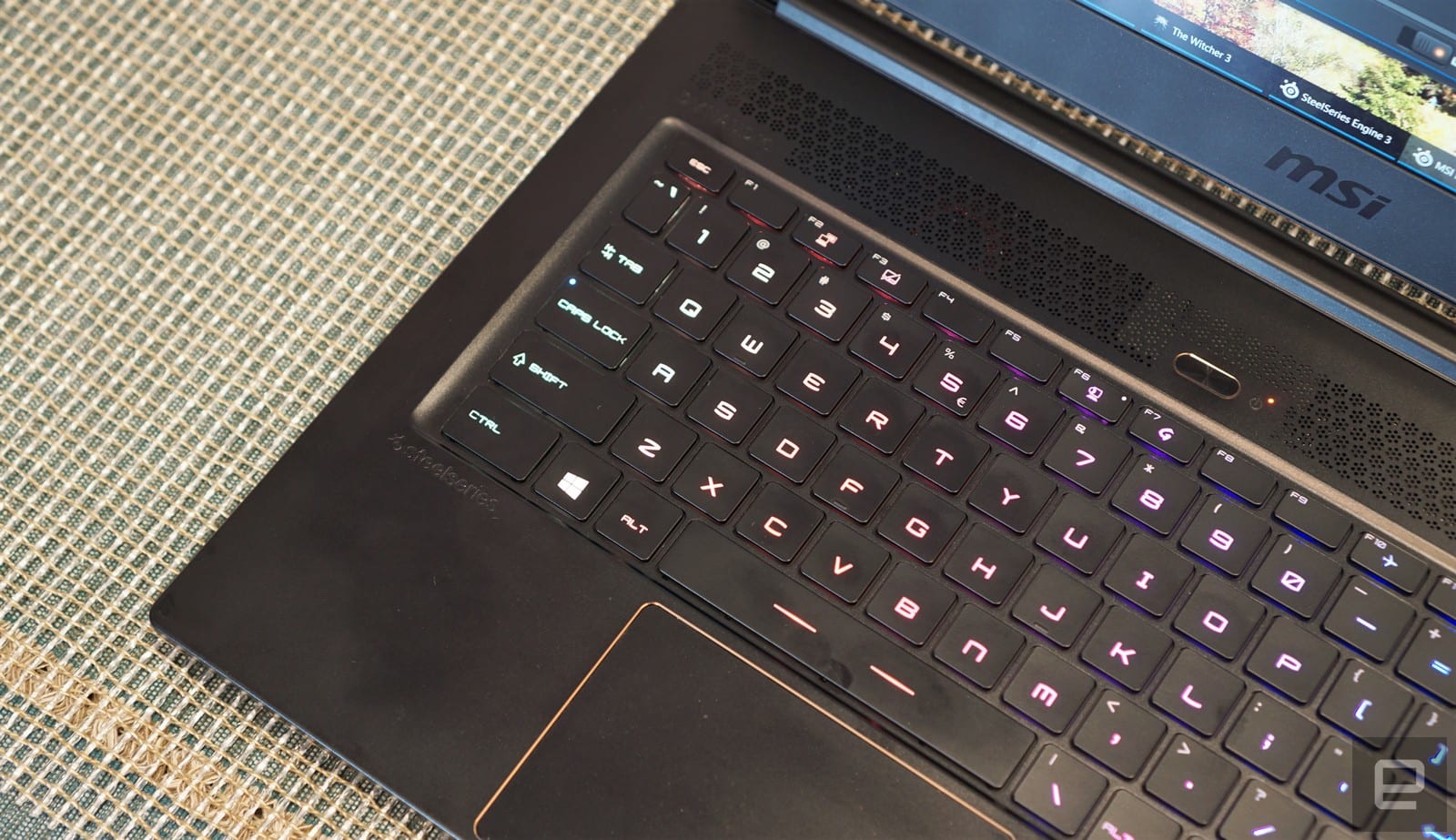 As is typical for MSI, the Stealth Thin also features a SteelSeries keyboard with RGB lighting. While you're free to customize the colors as much as you want, I liked the default gold styling since it matched the laptop's case. The keyboard feels great, too, with plenty of travel each time you press down on a key. It was a breeze to type on, and it was also fast and responsive during gaming sessions.

Unfortunately, MSI skimped a bit on the trackpad. Mousing around is smooth and accurate, but pressing down on the trackpad is frustrating. It's incredibly stiff, and I had to push quite hard for it to register. To make matters worse, it had serious trouble distinguishing between left and right clicks. That might not matter much if you plan to use the laptop mainly for gaming with a mouse, but it's a hindrance when you don't have one of those handy.

On a brighter note, the Stealth features plenty of ports, including three USB 3.0 connections, a Thunderbolt 3 USB-C port, Ethernet, HDMI, a Mini DisplayPort and headphone and microphone jacks. That means you'll easily be able to connect VR headsets like the Oculus Rift and HTC Vive, which typically require three USB 3.0 ports.

Unsurprisingly, given its powerful hardware, the Stealth Thin is a capable gaming rig. While playing Overwatch in 1080p at 144Hz and Ultra graphics settings, I saw between 120 and 144 frames per second. Destiny 2, meanwhile, clocked between 95 and 144 FPS with high settings. And while playing The Witcher 3, which is still a solid benchmark for gaming performance years after its release, the Stealth Thin ran between 75 and 85 FPS. When it comes to benchmarks, the Stealth Thin performed much like Gigabyte's Aero 15x, though I was surprised by the slower disk speeds.

Most importantly, everything I played simply looked incredibly smooth, with no tearing or stuttering. The screen is bright and colorful enough to immerse you in the games' fantastical worlds for hours. There's no support for NVIDIA's G-Sync technology, unfortunately, which would help smooth out games that don't perform as well. There's no HDR either, even though that's something we're seeing more of on gaming laptops. MSI likely had to make a few trade-offs to make the Stealth Thin as light as it is.

To deal with heat, the Stealth Thin relies on an updated cooling design from MSI, which consists of four heat pipes and three fans. It got a bit toasty whenever I was gaming, especially toward the bottom rear of the case, where most of the hardware sits. After playing The Witcher 3 for an hour, both the CPU and GPU warmed up to 176 degrees Fahrenheit, which is typical for gaming rigs under load. As you'd expect, the Stealth Thin also gets a bit loud with fan noise once things heat up. That won't be a huge deal if you're gaming with headphones, but it might be a problem if you're sharing a quiet space with others.

Outside gaming, the Stealth Thin's high refresh rate makes everything look great, even just scrolling through web pages and documents. It's also perfect for watching video, especially at higher frame rates like 60 FPS, where the refresh rate also makes things look smoother. We're seeing more of that content on YouTube these days, thanks to the rise of game captures and GoPro's action cameras.

As for battery life, the Stealth Thin laptop lasted a solid seven hours in our standard run-down test, which involves looping an HD video until it wears out. That's more than 120 percent less than MSI's claim of eight hours, but it's much more than we've seen on other similarly specced gaming laptops. 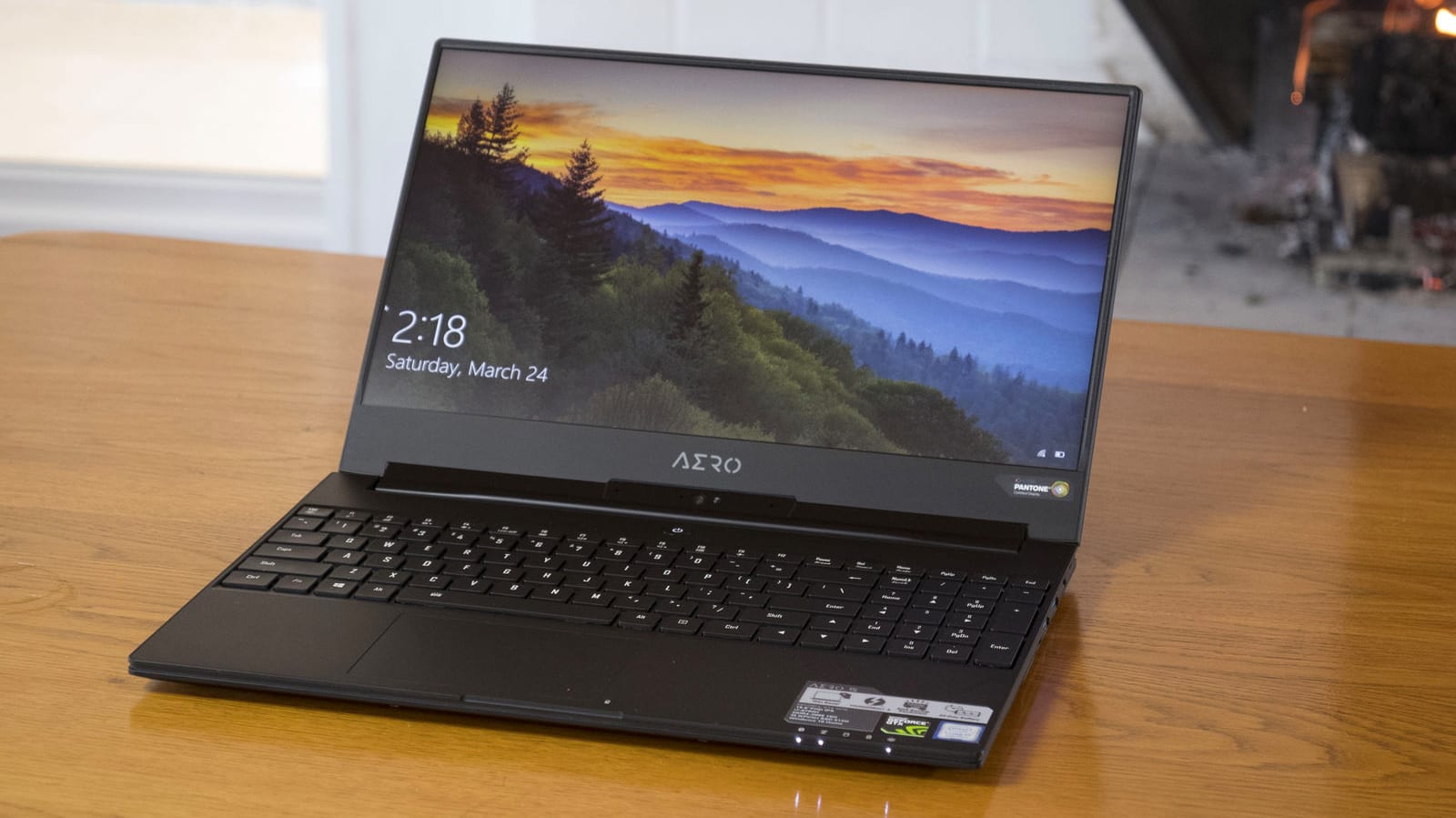 If you're not prepared to spend that much, though, you can still benefit from this new wave of gaming technology. Dell's G lineup features GTX 1060 Max Q graphics and starts at just $749. Dell's laptops are not nearly as light as the more expensive machines, but they're still a lot less hefty than budget gaming laptops used to be. While the laptop-gaming market is getting increasingly crowded, MSI's Stealth Thin stands out because it's lightweight but still offers more than enough power for solid 1080p gaming. It's the sort of laptop that would have been unimaginable a few years ago: a 4.1-pound machine that could easily go toe-to-toe with gaming desktops.

All products recommended by Engadget are selected by our editorial team, independent of our parent company. Some of our stories include affiliate links. If you buy something through one of these links, we may earn an affiliate commission. All prices are correct at the time of publishing.
View All Comments
MSI GS65 Stealth Thin review: A milestone for laptop gaming