Way back in 2016 I flew out to Las Vegas to check out Comma Ai's driver's assistance system crammed into an Acura. At the time, it was being developed as a self-driving add-on for vehicles. But times have changed and nearly every automaker and startup has since dialed down their autonomous expectations.

With that in mind, Comma AI returned to Vegas (for CES) to show off its latest product, the Comma Two. Since 2016, the company has released hardware and software that takes the ADAS (Advanced driver-assistance systems) features of a vehicle and in some cases supercharges them.

I had the opportunity to test-drive a Honda Civic with the new Comma Two hardware running the company's open-source OpenPilot software. On Las Vegas surface streets, the results were impressive. When activated, the system had nearly Tesla Autopilot-level control of the vehicle. It centered itself in lanes without any ping-ponging (moving back and forth between the lane lines) and had no issues going through intersections.

It also adds stop-and-go capabilities. Typically (unless the car is a high-end luxury vehicle), when a car with adaptive cruise control comes to a complete stop, after a few seconds it requires the driver to press the resume button or accelerator to continue tracking the vehicles ahead of it. With Comma Two, the car just goes. For those who battle gridlock, it's a great feature. 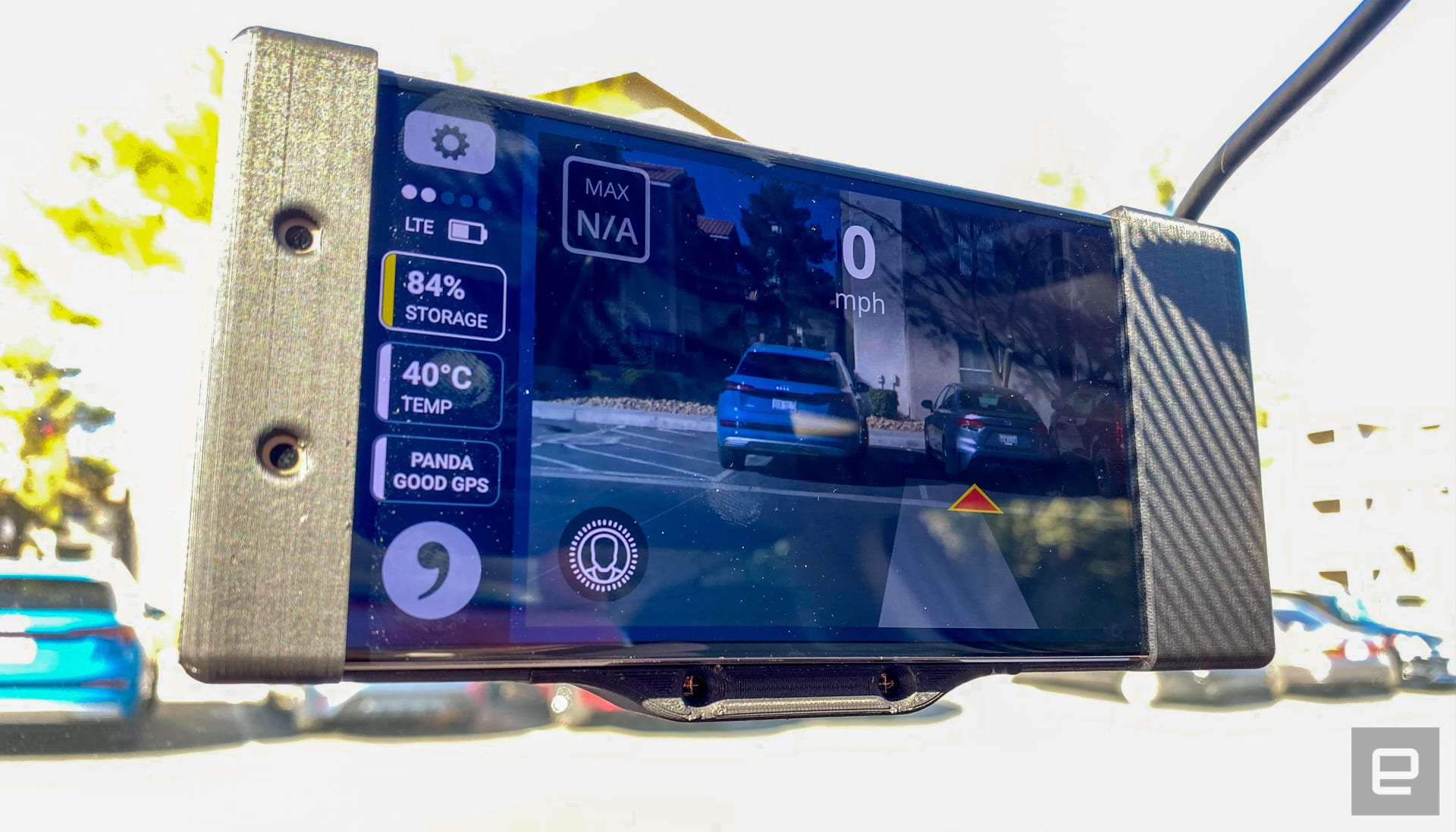 Another feature that I'm a fan of is driver monitoring. The system alerts you when you're not paying attention. As folks get more accustomed to their vehicles helping their driving experience there's the tendency to stop paying attention and be tempted by the lure of a smartphone. The Comma Two notes that and guides your focus back with a warning.

All of this is enabled and controlled by the vehicle's own cruise control feature. Hit the "set" button on the steering wheel to turn the system on and use the plus and minus buttons to adjust the speed of the cruise control.

Comma Ai spokespersons were quick to point out that it doesn't disable or compromise any of a vehicle's safety features. Automatic braking, blind-spot monitoring and other items are still there.

All told, the system works with 63 vehicle variants, mostly Hondas and Toyotas. Many of those cars were added to the system by the community, which includes 1,000 active daily users and 1,500 active monthly users, according to Comma.

Still, the Comma Two is a niche product for enthusiasts. For regulatory and liability reasons, customers have to install the OpenPilot software onto the Comma Two; it doesn't come ready to go. Plus, the hardware costs $1,000 with an additional $200 cable needed to connect to the various vehicles. Owners can also connect the system to the OBD port for diagnostic purposes.

Most people won't do what's needed to even install the hardware, even though it's not that difficult and only requires the system to be mounted to the windshield and the cable to attach to the car's camera system. But if you're into adding additional features to your car via open-source software and hardware, the Comma Two will be available on January 20.