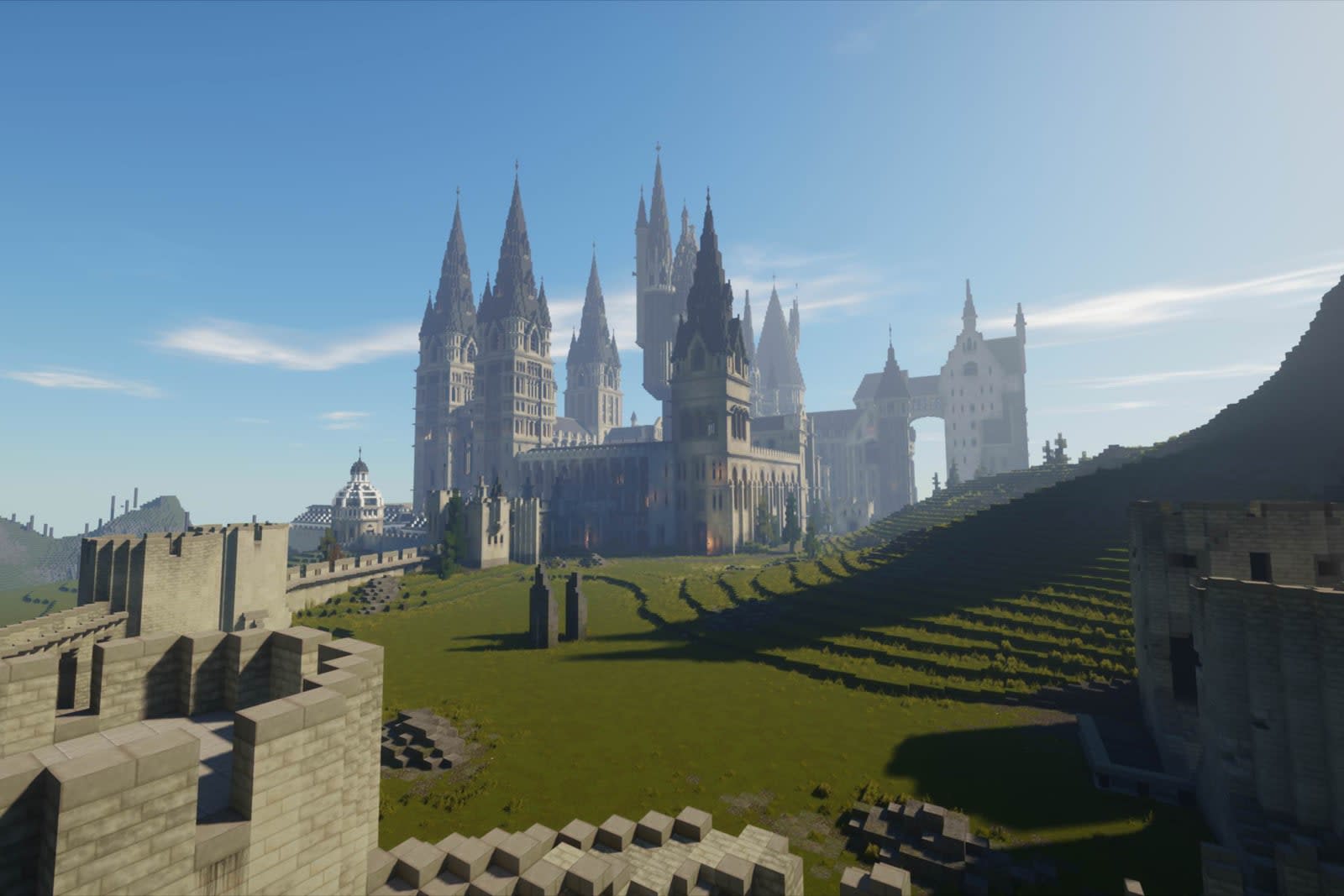 There have been some ambitious Minecraft projects before, but this one may win for sheer sophistication. The modding team Floo Network is creating Minecraft School of Witchcraft and Wizardry, a Harry Potter-themed role-playing experience inside a Minecraft map. You're not just there to admire the accurate (if blocky) renditions of Hogwarts and its environs, although those are meticulous in their own right. You can solve puzzles, undertake quests, shop at Diagon Alley and fly over the Quidditch pitch -- this is more of a game than a sightseeing trip.

The team doesn't have an official release date, but it's hoping to release an initial version for free, with access to areas like the Great Hall and Hagrid's Hut, by the end of January. There's a Patreon (linked above) for those who want to contribute.

It's a colossal project, and made all the more notable by its use of plain Minecraft. With that said, it's not clear how long this will last. This isn't exactly a subtle homage to Harry Potter from both the books and movies, and we wouldn't be surprised if Pottermore or Warner Bros. took issue over copyright grounds. Having said this, there have been instances where media giants and fan project makers have reached agreements. If the companies come knocking, they might decide that it's better to accommodate the community's enthusiasm than shut it down.

In this article: av, floo network, games, gaming, harry potter, jk rowling, minecraft, personal computing, personalcomputing, role-playing game, rpg, video, video games
All products recommended by Engadget are selected by our editorial team, independent of our parent company. Some of our stories include affiliate links. If you buy something through one of these links, we may earn an affiliate commission.