It's not for everyone, but it's a great street photography camera.

Fujifilm has never been afraid to create unusual cameras, with the fixed-lens X-100F compact being a great example. But the X-Pro has always been its most unusual series, and the latest model, the $1,800 X-Pro3, is perhaps the weirdest one so far.

It still has a hybrid optical/electronic viewfinder as before. However, Fujifilm has now taken the idea of being "in the moment" to a new extreme with the rear display. Under normal use, you can't even see it to compose or check photos. Instead, it shows either your camera settings or the type of film simulation and ISO, like an old-school film camera.

Besides that, it shares the sensor and a lot of other features with the X-T3, so why not just get that camera instead? To find out what makes the X-Pro3 so unique, let's take it out into Paris to see what it can do. 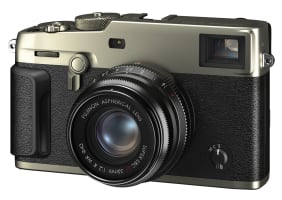 The X-Pro3's aesthetic is completely different to other Fujifilm cameras, like the X-T3 and X-H1. With a boxier design, it actually looks like Leica's iconic M-series rangefinders. It's certainly a beautiful camera, and I can see why Fujifilm went with that look. It conveys an artistic intent while being very low key, so I never got hassled while taking candid shots.

It weighs the same as the X-T3 at 1.1 pounds, but it feels more substantial thanks to the thicker, more weather-resistant body. It also packs top and bottom titanium plates, which come with a scratch-resistant Dura coating, if you pay $200 more. The model I tested lacked that coating, and as a result, those plates really attracted fingerprints.

Fujifilm has tidied up the design since the X-Pro2, eliminating the viewfinder mode button and the four-way controller. As the X-Pro3 has a joystick, the latter was kind of redundant, so I didn't miss it. It still has four manual dials and plenty of other physical buttons that gave me excellent control over shooting and settings.

The X-Pro3 has dual high-speed UHS II card slots -- as you'd hope for on a $1,800 camera. You can have one set to backup mode for mission critical photography, or you can use one slot to capture photos and the other, video. 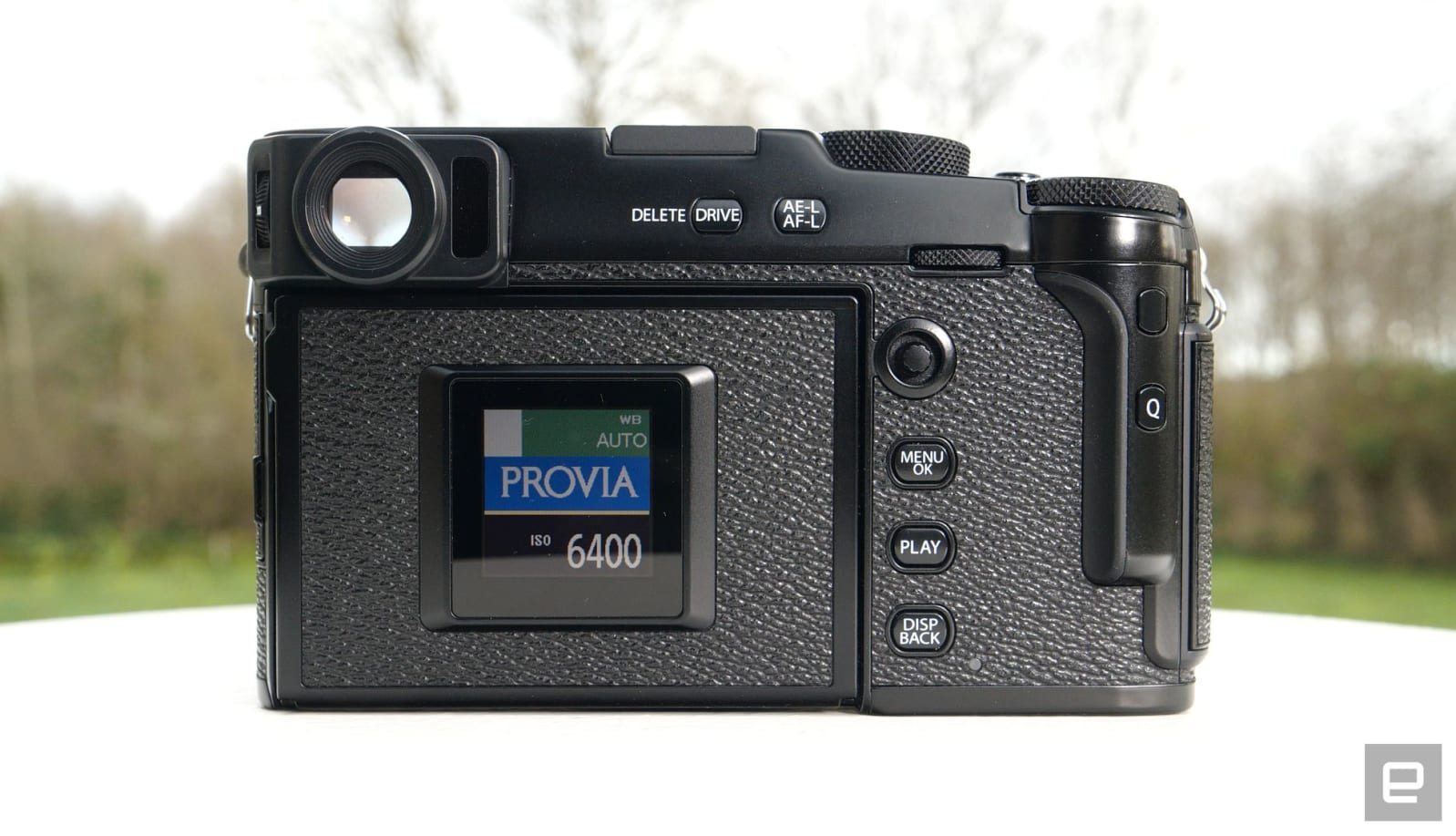 Battery life is decent but not great, with 370 shots per charge using the electronic viewfinder (EVF) (according to official CIPA ratings), but you can boost that considerably to 440 shots if you switch to the optical viewfinder. After using it for both videos and photos, I managed to burn the battery out in a single afternoon. For normal use, though, you'll probably get many more photos than the rating would suggest.

The hybrid optical viewfinder is one of the unique features on the X-Pro3. In EVF mode, the back cover closes and it works like any other modern camera with a nice-clear 3.69 million-dot OLED display.

It's in optical mode where things get weirder. It has a fixed 0.52-times magnification mode, with or without a digital overlay. That has changed from the last model, which had two separate magnification modes (0.36x and 0.6x). You can also embed the EVF image in a corner so you can get the best of both optical and OLED worlds.

Speaking of features that don't make sense at first, take that rear display. In normal use, it shows either your camera settings or the ISO and film simulation modes, just like an old-school film camera. To see what you're shooting, you have to flip it down, and no, it can't flip around for selfies. So you can really only use it for waist-level shooting,

Again, why? Fujifilm figures that displays are a distraction and wants you to use the viewfinder. For waist-level shooting, you can flip it down to confirm your composition. Street photographers do shoot like this, as I learned by tagging along with one. And I actually did get better shots this way. 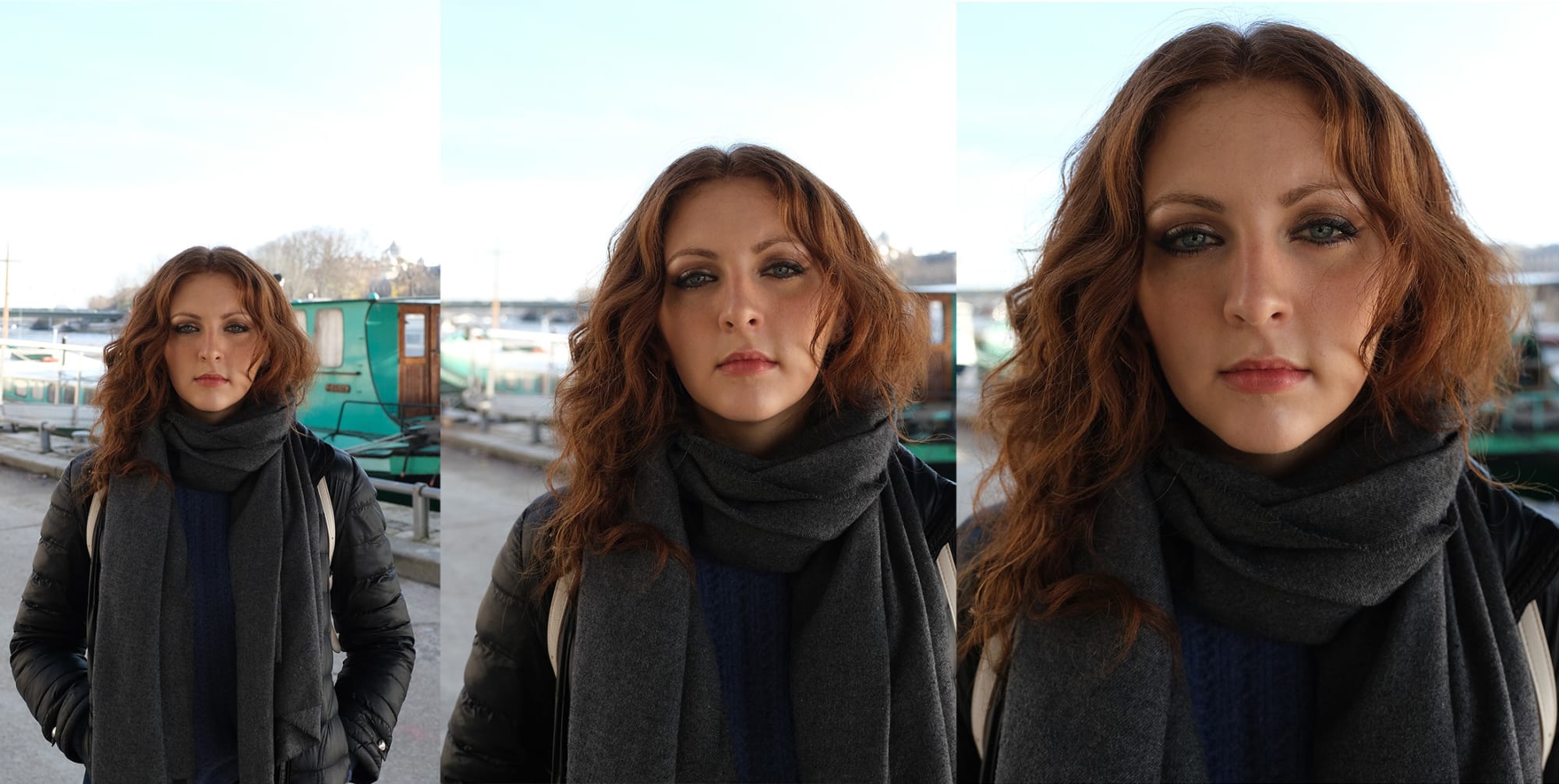 The X-Pro3's excellent performance helps that along. It can capture images at up to a respectable 11 fps, so it's very good for action shooting. The phase-detect autofocus helps you keep most of those shots sharp, too.

Face- and eye-detection also worked flawlessly with a subject walking toward the camera. It's not quite up to par with Sony's cameras, but it's getting darn close. Since releasing the X-T3, Fujifilm has released several firmware updates that improved the speed and quality of face- and eye-tracking, and the X-Pro3 benefits from that work.

Again, though, the X-Pro3 is for street photography, so you're likely to use it most in single shot, rather than continuous AF mode. Most pros will probably stick to single-point AF mode (moving the point around with the joystick), and it worked great for that.

However, if you're shooting blind from the hip, as street photographers often do, the face-detection system could be a big help. I found I was able to get a lot of sharp shots by just letting the AI and face detection do its thing -- something that could be a big help for candid photography. Bear in mind that these functions work best when there's just a single subject in the frame, however. Otherwise, the AF could lock on to the wrong person. 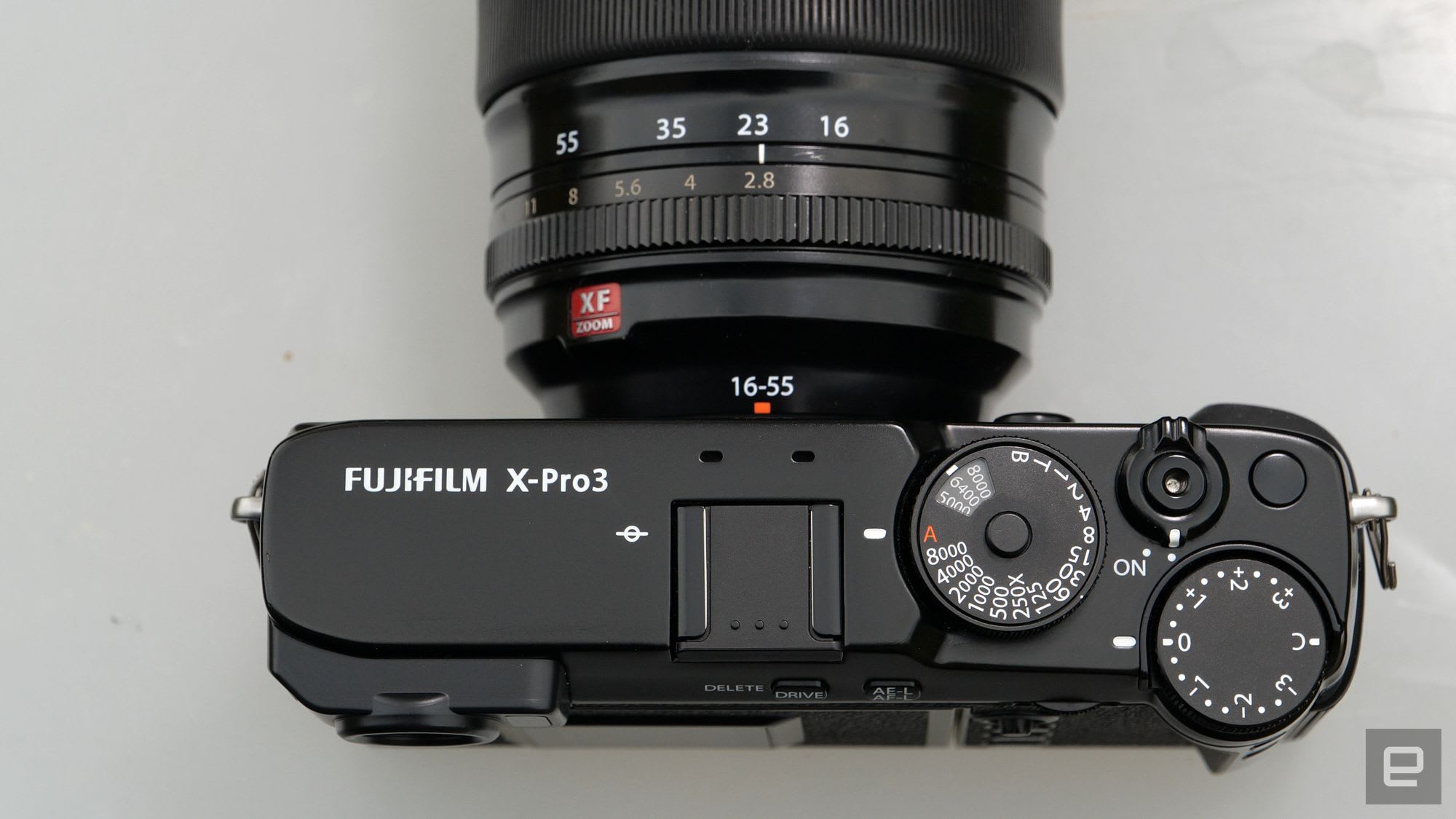 How about using the optical viewfinder? To get the framing right, you can toggle an overlay that shows a series of concentric boxes, to help you account for the focal length of your lens. Those still don't give you perfect framing, of course, as the rangefinder is offset from the lens.

If you buy this camera for street photography, it's just as crucial to choose the right lens. Depending on the size, it could appear in the viewfinder and block part of the shot. Also, if your lens is too long or too wide, you'll need to switch to the EVF to get proper framing.

I used two lenses: Fujifilm's XF 16-55mm f/2.8 R zoom, and the XF 27mm f/2.8 prime. The zoom has impeccable optics and is obviously more versatile, but it's not well-suited for the X-Pro3 because it blocked a lot of my view with the optical viewfinder. The XF 27mm was a lot better, as it had a perfect field of view for street photography and was invisible to the OVF.

This raises another question: Why even use the OVF when the EVF is so good? The answer again comes down to intent. You have to think harder about the framing, which forces you to be in the moment. You can also see what's happening around your subject in real time with no blackout, which helps you quickly reframe to get a better shot.

The photos I captured looked great, as the X-Pro3 has the same 26.1-megapixel sensor as the X-T3, with the same excellent Fujifilm color science magic. It accurately reproduces colors and skin tones, with superb JPEGs straight out of the camera. While it's not nearly as good as full-frame cameras like Sony's A7 III in low light, it still delivers usable shots at up to ISO 12,800.

This has always been one of the fortes of the X-Pro series. Street photographers often prefer to use images as they are, straight out of the camera, without any (or very little) post-processing. As such, the quality of JPEG images is critical for this kind of camera.

Without doing any editing later, how do photographers get black and white, sepia and other looks? The answer is that X-Pro3 also comes with all of Fujifilm's popular film simulation modes. That includes the warm and contrasty Velvia, black and white Acros and desaturated Eterna simulations. With the X-Pro3, Fujifilm also introduced Monochromatic Color, which lets you tint black and white to any shade. Also new is Classic Color, designed to resemble contrasty and saturated 35mm film stocks from several decades ago. 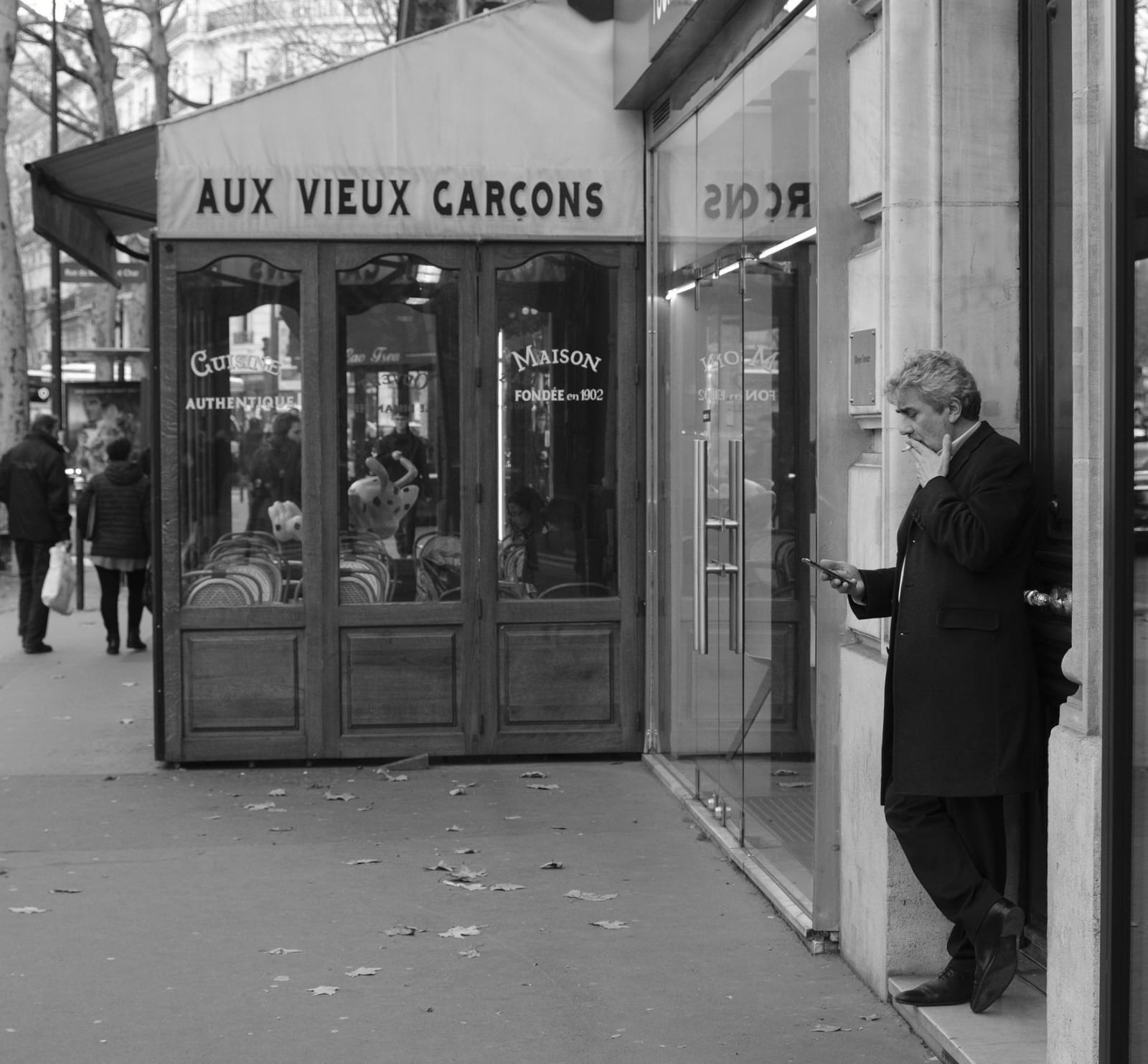 These simulations aren't Instagram gimmicks and are often used by pro photographers. If you'd rather not muck around in Lightroom, they'll give you a great, consistent look, in-camera.

If you'd rather shoot with RAW and apply your own looks or treatments, Fujifilm's 14-bit RAW files give you plenty of data to work with. Below ISO 6400 or so, you can dig into shadows to find detail, and pull extra notes out of overly bright skies.

I'll try to make it extra clear: The X-Pro3 isn't designed for video. You can't see the rear screen without flipping it down, and it won't go down more than 90 degrees when mounted on a tripod or gimbal. That issue also makes it impossible to vlog with it, too. And remember that there's no HDMI port, so you won't be able to use an external display, either. Finally, unlike the X-T3, it lacks 10-bit video recording.

It's not all bad, though. If you're willing to use the EVF or OVF, it does deliver full-sensor 4K with downsampling, focus peaking and even F-Log capability. That's enough to let you shoot some good-looking video in a pinch. You'll get very sharp 4K video and accurate colors, and I had some fun shooting video with the Acros black and white and Velvia film simulations, too. In fact, if I were shooting video with this camera, I'd probably use the Acros and Eterna simulations all the time and just not do any color correction.

Still, there's no point in getting this camera if you do any serious amount of video. For that, just get the X-T3, which is the best APS-C camera for video right now -- and cheaper, too. On top of that, if you're also into street photography as well, the X-T3 is an excellent choice as it handles well and has the same sensor as the X-Pro3. 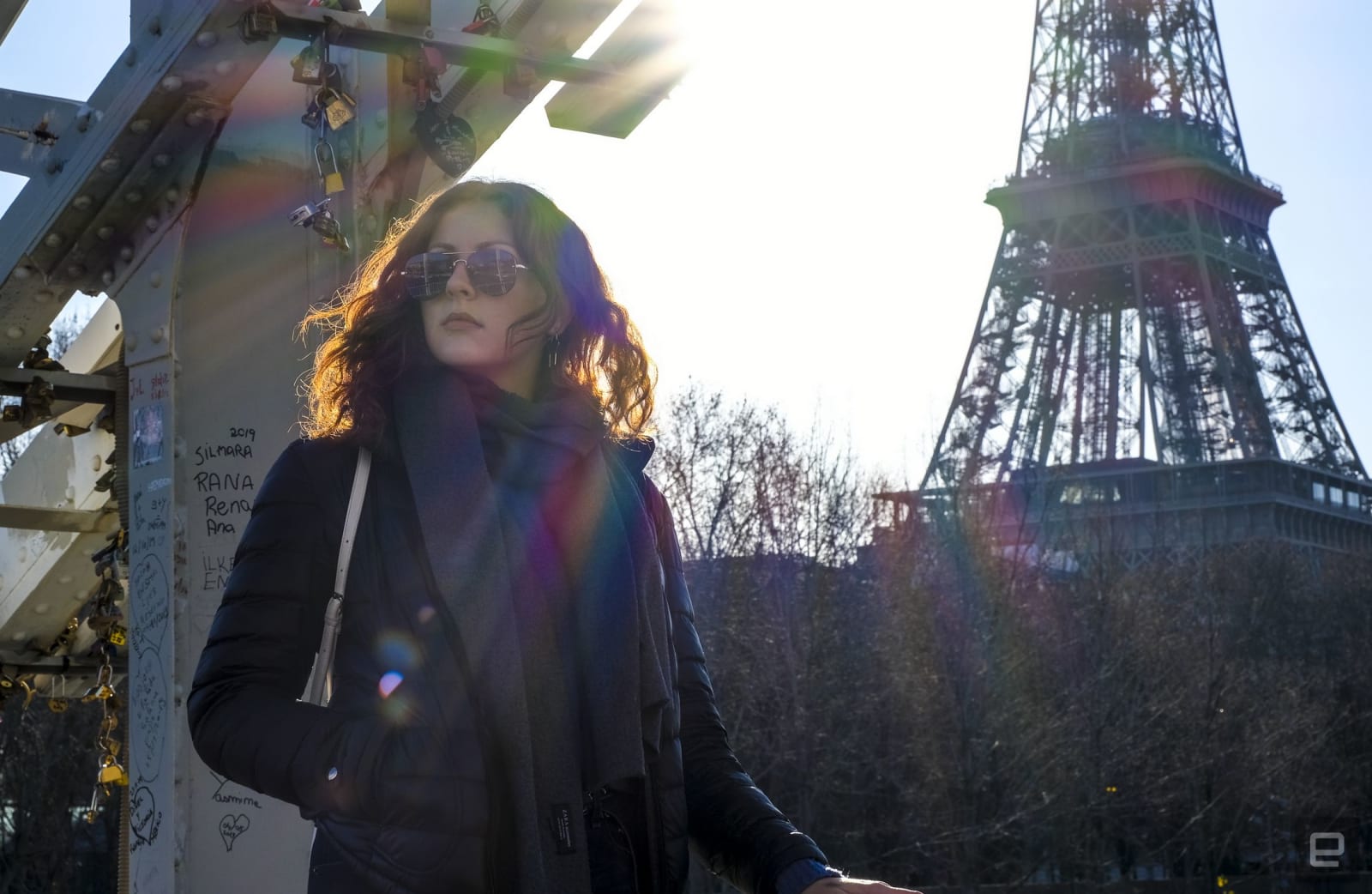 It's hard to assign a score to a camera like this because it's clearly for a very narrow group of buyers. It has very unique features, like the optical viewfinder, not found on any other cameras. Nevertheless, the X-Pro3 is an expensive camera, so I'm going to try to compare it as fairly as possible.

It's not a very practical camera. While the odd rear display does help you concentrate, you could argue that you'd get nearly the same thing by buying an X-T3 and just turning the rear display off. The optical viewfinder might be a bit faster, but it would take a lot of practice to really master it. As for video, it's just not very practical on the X-Pro3.

Dispassionate scoring aside, I had a lot of fun using this camera, and it's refreshing to see that Fujifilm is trying to do something different rather than just ticking the usual specification boxes. In the end, it actually succeeds. The elegant rangefinder design, wonky rear display and OVF worked as advertised. By removing distractions, the X-Pro3 forced me to focus on taking pictures. And thanks to Fujifilm's color science and simulations, I was very happy with the photos I took.

For most folks, however, I'd recommend the X-T3, or if you want to go full frame, get Sony's A7 III for around the same price. However, if you're looking for a camera like this and have $1,800, you probably already want it -- and no review is going to change your mind.