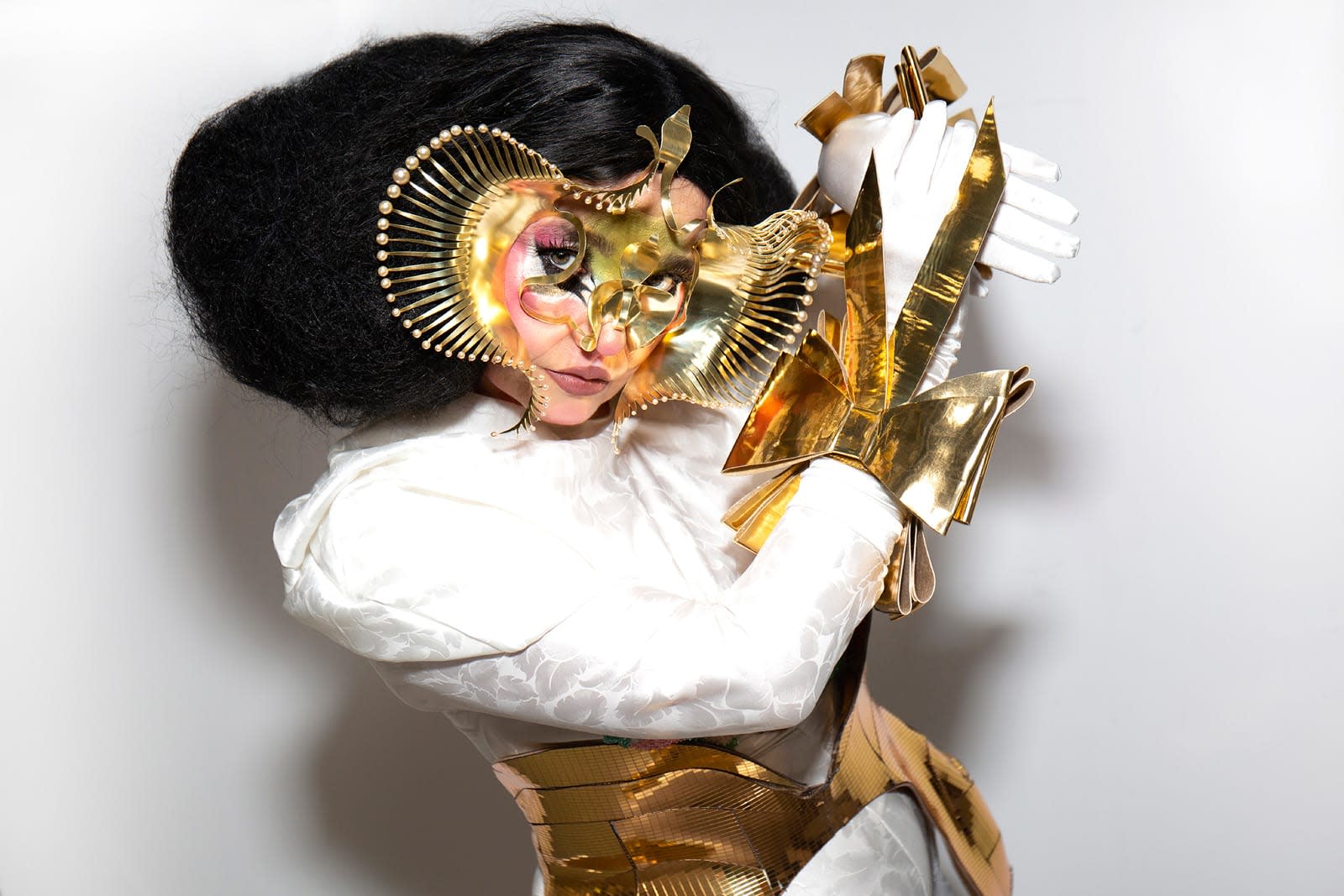 Björk is no stranger to using technology to express her music in more inventive ways, but now she's using it to shape the music itself in unexpected forms. The Icelandic star is using Microsoft AI as part of Kórsafn ("choral archives"), a non-stop composition playing in the lobby of the Sister City hotel in New York City. The project plays selections from Björk's many choral arrangements (including new ones composed by the Hamrahlid Choir) based on what the AI sees in the sky through a rooftop camera. It'll react based on different cloud types, the behavior of birds, passing aircraft and even barometric pressure. Long-term weather trends will gradually alter the piece, too.

The composition is the second in a larger series of "lobby soundscapes" created with the help of Microsoft and Sister City. The first was a piece from experimental artist Julianna Barwick that launched alongside the hotel itself in April 2019.

AI-based generative music isn't new. Arca (a Björk collaborator, we'd add) has produced an ever-evolving soundtrack for NYC's Museum of Modern Art, while Holly Herndon used AI as a virtual collaborator for her Proto album. However, Björk's involvement might just draw attention to the technology, both for artists looking for inspiration and fans who want to see how AI can shape a favorite artist's tunes. We'll have an in-depth look at Kórsafn in the near future.

In this article: ai, artificial intelligence, av, bjork, entertainment, gadgetry, gadgets, generative, generative music, korsafn, microsoft, music, sister city, tomorrow, video, gear
All products recommended by Engadget are selected by our editorial team, independent of our parent company. Some of our stories include affiliate links. If you buy something through one of these links, we may earn an affiliate commission.