And they're all sci-fi worthy.

If humanity ever ends up living on the Moon, what would the vehicles be like? According to Lexus, they'd be sleek, shiny and wouldn't look out of place in a sci-fi flick. The European Advanced Design Studio for Lexus and Toyota, the brand's parent company, has created seven lunar vehicle concepts for the Document Journal magazine. They all feature some design elements from the Lexus LF-30 Electric Concept, the luxury automaker's vision for the next generation of EVs, because the studio was in the midst of its development when the magazine asked for contributions.

Out of the seven concepts, envisioned by five different designers, the one that got published was a motorcycle-like vehicle called Zero Gravity. While it's supposed to be ridden like a motorbike, it doesn't have wheels -- it was designed with magnetic levitation in mind. 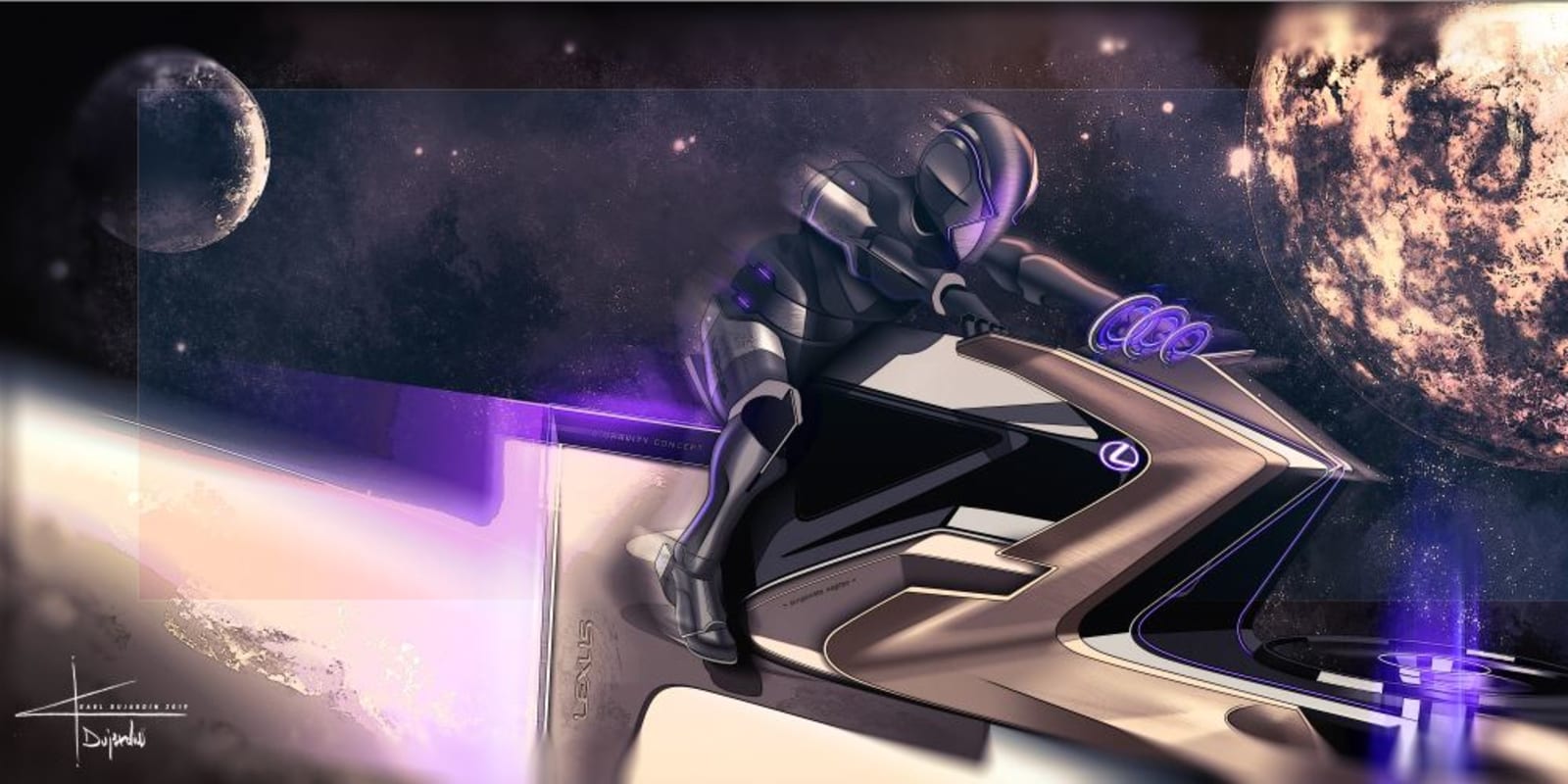 The other concepts are just as interesting, though. There's the Lexus Cosmos that uses a lot of glass, so passengers can enjoy the view while it flies, and the Bouncing Moon Roller that looks like a high-tech gyroscope ride. The Lexus Lunar Cruiser is a multipurpose vehicle meant to provide a smooth ride even on rough lunar terrain, while the Lexus Moon Racer is a recreational vehicle with a glass bubble for a body. Finally, there's the Lexus Lunar Mission, a vehicle meant to fly people from Earth to its faithful companion.

Of course, all of them are just concepts, and actual lunar vehicles might look a lot less exciting. It's nice to imagine them flying and zooming around the lunar surface in the future, though, especially since it may take a long, long time before humans become a common sight on the Moon.