The astronomy I learned as a kid was pretty limited — the Earth revolves around the Sun and, of course, the whole "My Very Energetic Mother Just Served Us Nine Pizzas" thing. Of course, that expression no longer applies because our understanding of the solar system is a lot more nuanced these days. Not just because we're adults now, but because the entire field has been revolutionized by probes, plumbing the depths of distant bodies and returning that data to us over decades. That deeper understanding of our solar system is at the heart of the American Museum of Natural History's new space show, Worlds Beyond Earth, but its unsung hero is the technology that made it possible.

Narrated by Lupita Nyong'o and written by geologist and science educator Natalie Starkey, Worlds Beyond Earth focuses on the bodies in our solar system where we've sent probes, including Venus, Mars and Jupiter. Each planet, moon and asteroid are lovingly rendered using the NASA-funded, open source OpenSpace software, gathering and presenting data from various NASA, ESA and JAXA missions, simulations and other observations. (You can download the software for your own use here.) The planetarium itself also got an upgrade last year, with six HDR projectors capable of 1,000,000 to 1 contrast. In short, the stars will be properly bright and space will be... dark.

Worlds Beyond Earth flies in close and sometimes even pries beneath the surface to show us the planetary cores. We get close enough to see its liquid methane lakes on Saturn's moon Titan and the volcanoes on Jupiter's moon Io. We can look deep into Saturn's rings thanks to images captured by Cassini, glimpsing moonlets whose development mirrors that of full planets. We also get a lot closer to our nearest neighbors, Venus and Mars, and learn about their surfaces and (lack of) atmosphere. A lot of what's shown is fairly basic knowledge -- this is still a 25-minute planetarium show intended for general audiences (including tourists), after all.

In that sense I found it an improvement over the planetarium's last show, Dark Universe. With narration by Neil deGrasse Tyson, the focus was on, well, dark energy and matter, decidedly more esoteric subjects. (I personally found it somewhat dull, but I also find NDT a bit soporific in general at times.) But Worlds Beyond? That title in itself spurs the imagination, and the sweeping vistas of Venus, Mars, Jupiter and Saturn do not disappoint. The show even simulates magnetic fields, something I've never thought about much in the past but now can't stop thinking about how integral they are to life on earth.

While the planets are undoubtedly the, ahem, stars of the show, probes are important supporting players. Not just in the sense that they are how all this data was gathered, but in that the show very much wants to remind you of this fact by showing them as often as possible. The probes are used as transitions, sweeping us from planet to planet. They show us Cassini actually scanning the rings of Saturn, section by section, zooming in on the details revealed with each sweep. 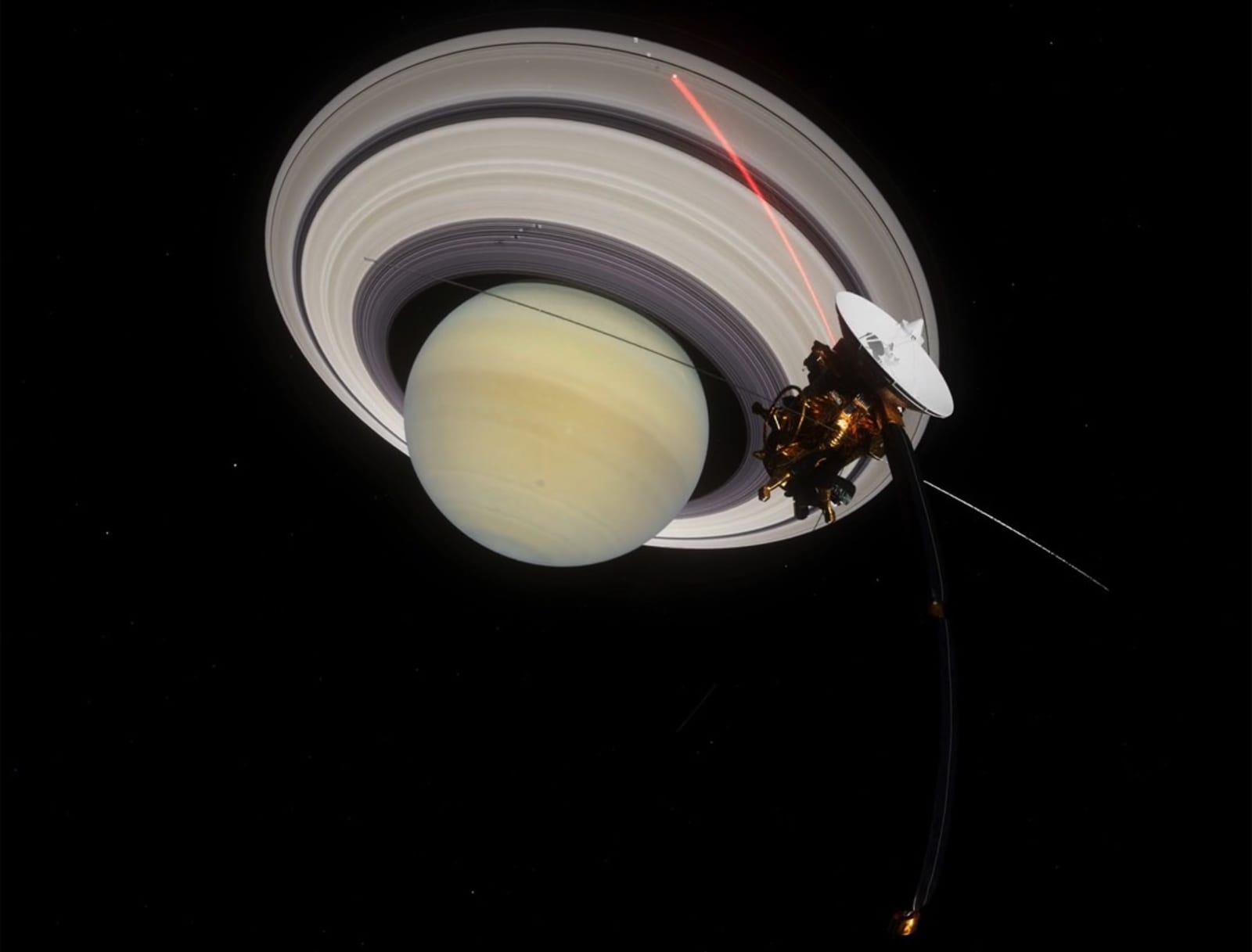 Instead of presenting it as one large info dump — an "everything you knew was wrong, here's the new normal" — Worlds Beyond Earth wants you to know that our knowledge of these bodies was gained over a 50-year-long, arduous process, not something revealed all at once so much as bit by bit over decades. The show's creators want you to appreciate all the time and effort that went into building these probes, waiting for them to arrive and send pictures back and, finally, all the brainpower that went into making sense of them.

Not a single human face appears in the 25-minute show, but you still leave with a sense of wonder at all that the scientists at the various space programs have achieved. It's almost as if they're saying to you, "we were here. Now won't you come join us?"