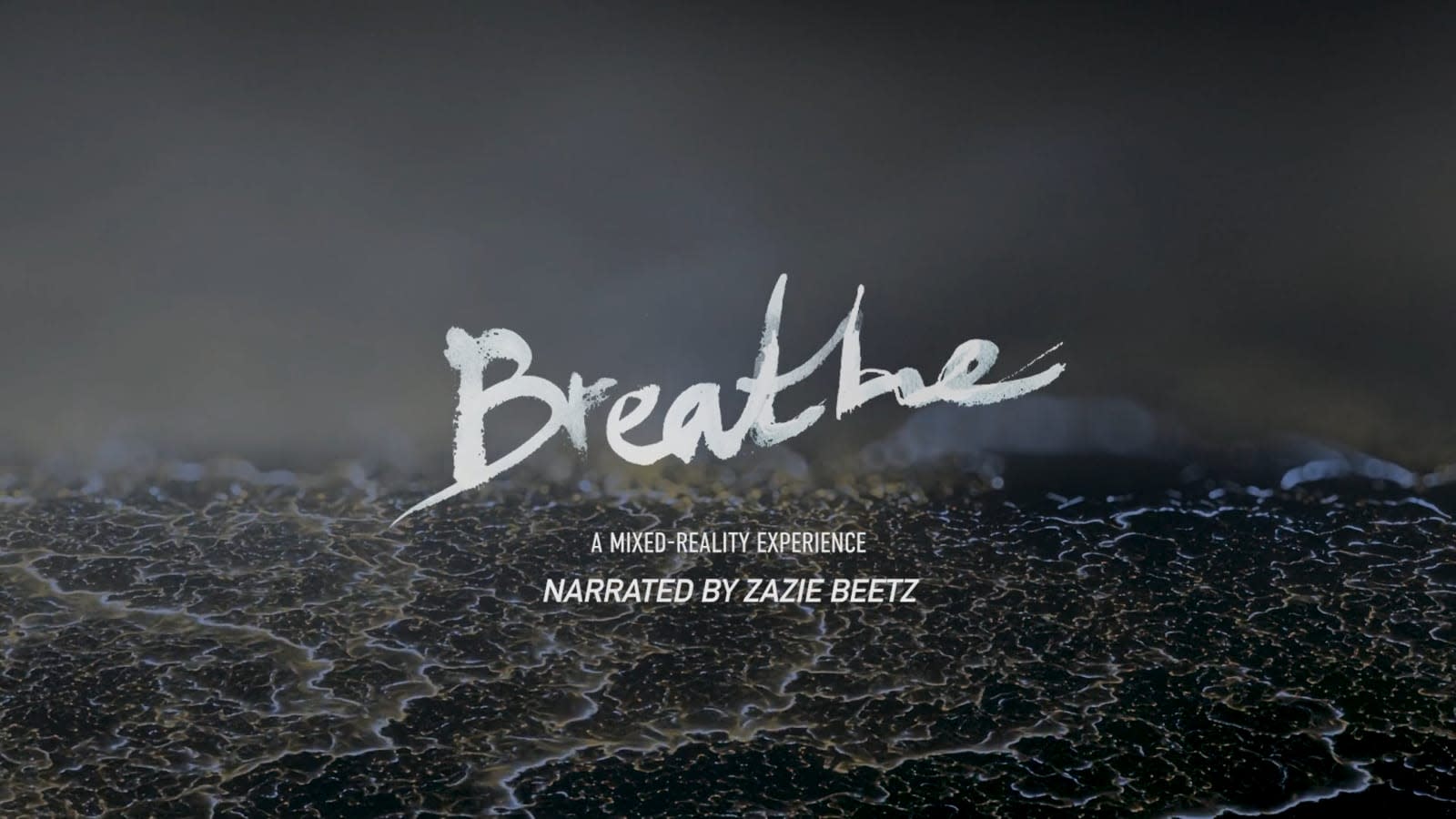 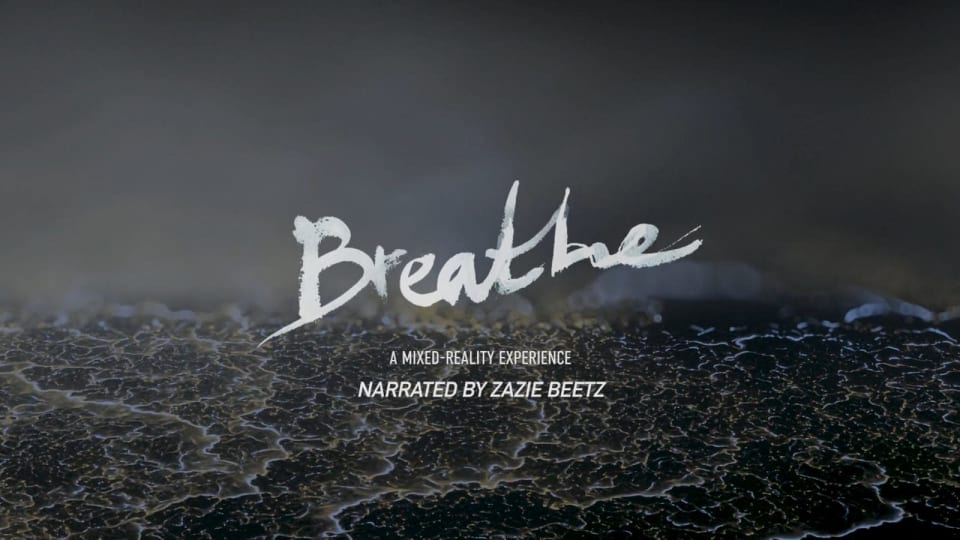 What if you could see how your breath affected the world around you? A new immersive production premiering at the Sundance festival today hopes it will make you consider your impact on the environment. It's called Breathe, and features animated glowing particles in augmented reality that you can interact with, set to narration by actress Zazie Beetz.

To experience Breathe, you'll need to strap on a Magic Leap AR headset, which is hooked up to a breath-detecting sensor. This is the first time such a biometric sensor has been connected to the Magic Leap, according to Breathe director Diego Galafassi. He told Engadget at a recent demo that the idea for the project came about in summer 2018, after he had been in an interview with an anthropologist. "We were talking about air in the atmosphere, and the way in which the air can help us reframe that relationship," he said. "We breathe all the time, of course. But we rarely stop to think about it or perceive our breathing and how that can become perhaps a really interesting portal for us to talk about changes in the atmosphere."

The project also draws from environmental information like the air quality in the city you're in. So those at the festival in Park City, Utah, will see fewer clusters than I did in New York, for example. Wind direction will also affect the air currents in the experience.

When you start Breathe, you'll see a cluster of glowing particles in front of you. As you inhale and exhale, they move about. Since my demo used an early version of the experience and the headset didn't have the breath sensor attached yet, I wasn't able to see this for myself. Still, I could swat at placeholder dots in mid-air and watch them disperse.

The version of Breathe that I watched also lacked the narration by Beetz, so it didn't make much of an impact. But, it did give a rough idea of what viewers can expect, and in its early stages the piece reminded me a lot of Treehugger VR that launched at Tribeca 2017. The earlier work also used glowing spots to demonstrate our relationship with the world around us, and Breathe is meant to do the same.

"The project is about trying to harness the power and possibilities of new media and AR technologies to establish a different kind of relationship to the natural world and realize how embedded we are in this huge planetary system," Galafassi said. The idea is that if you can immediately see an action as small as drawing a breath change things around you, you might feel more strongly about the consequences of your practices.

Breathe will be showcased at Sundance, and move on to a residency at the Phi Centre in Montreal for a few months after that. Galafassi said his team is in talks with various institutes in the US and Europe to display the experience, so you might get a chance to check it out soon.

In this article: art, entertainment, magic leap, sundance2020, zazie beetz
All products recommended by Engadget are selected by our editorial team, independent of our parent company. Some of our stories include affiliate links. If you buy something through one of these links, we may earn an affiliate commission.