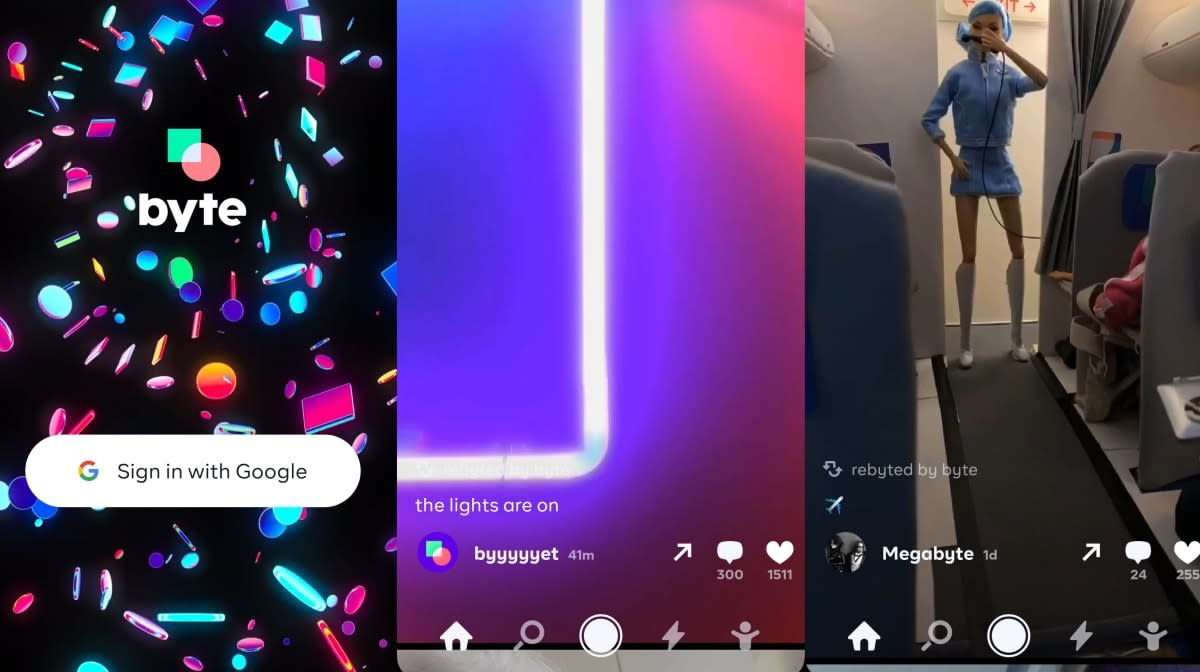 In 2017 Twitter pulled the plug on Vine, and left a community of extremely-short-form-video creators without a platform. Since then TikTok has flourished, but it's still not the same thing. Vine cofounder Dom Hofmann has been teasing a sequel since late in 2017, and after months of being in closed beta, Byte is now available to everyone on Android and iOS.

A partner program to pay creators for their work is supposed to arrive "soon," and you sign up using either your Google account or Apple ID. If you're curious, the community guidelines are here, and the privacy notice is here. The app is video first, with a focus on getting stuff in front of you quickly just like Vine always did and TikTok does now. Will it be as addictive as either of those? Judging by the track record, probably, but it all depends on what people make of the app.

you know the drill: upload from your camera roll or use the byte camera to capture stuff. there are lots of ways to find new personalities and moments. explore what the community is watching and loving, view posts handpicked by our editors, or browse on your own.

In this article: Byte, dom hoffman, entertainment, gear, looping video, mobile, tiktok, vine
All products recommended by Engadget are selected by our editorial team, independent of our parent company. Some of our stories include affiliate links. If you buy something through one of these links, we may earn an affiliate commission.