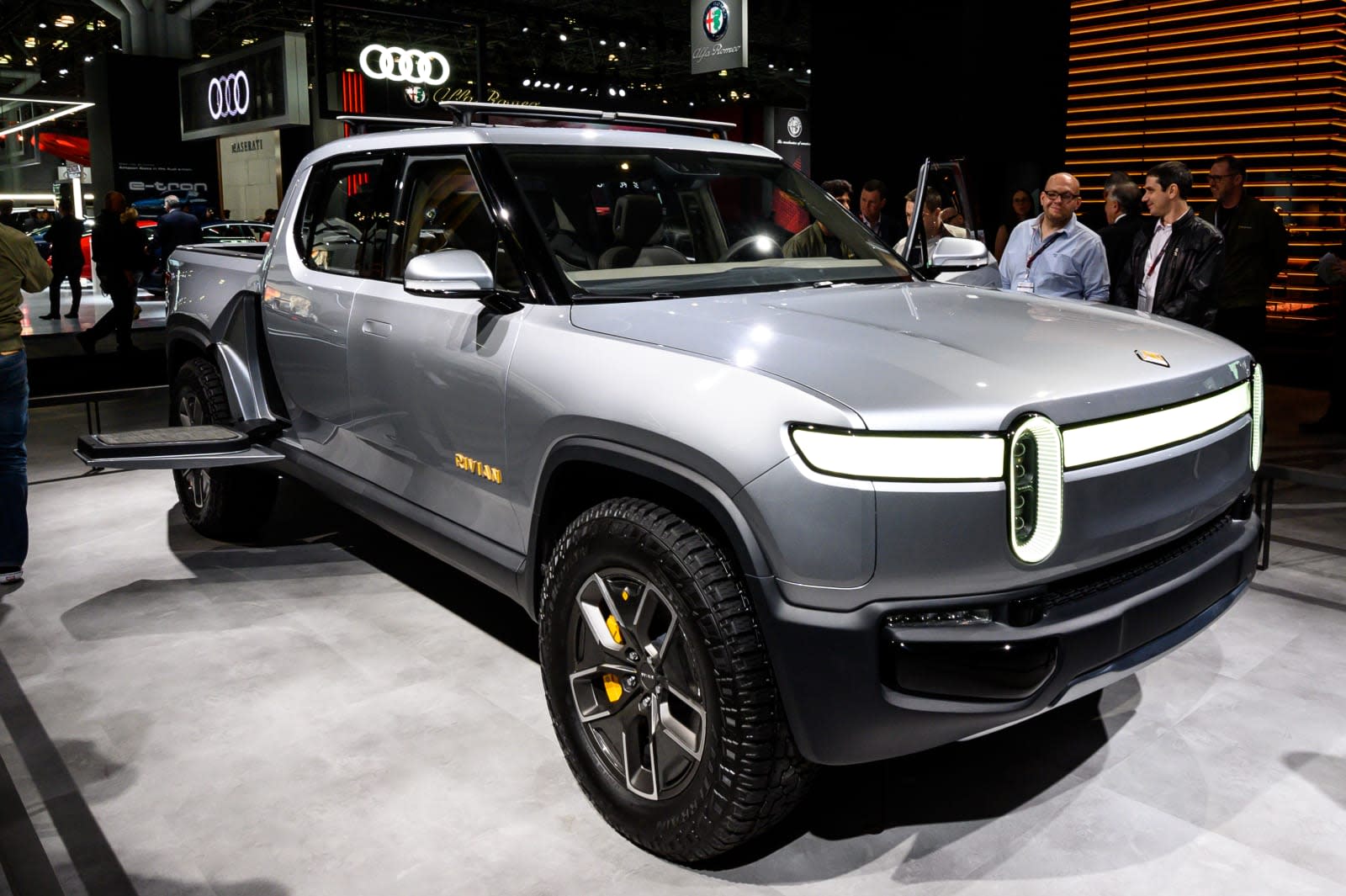 Rivian's first vehicles are getting a price cut of sorts months before they even roll off the line. Company founder RJ Scaringe told Reuters in a chat that the electric R1T truck and its R1S SUV counterpart would cost less than originally announced. He didn't provide full pricing, but he indicated that a mid-range R1T with 300 miles of range and an electrochromic glass roof would sell for $69,000, while a comparable R1S would sell for $72,000. The automaker had pegged the starting prices for the R1T and R1S at $61,500 and $65,000 respectively.

It's not certain what prompted the lower prices, though it might just be a matter of economies of scale. Scaringe told Engadget in 2018 that the initial production would focus on "thousands of units" and ramp up. Rivian has racked up "such a long queue" since then, according to Scaringe. If the company is better-prepared for production, it could meet that demand (and thus reach profitability) that much sooner.

There's a strong incentive for Rivian to pursue aggressive pricing. In addition to offering better competition with conventional trucks and SUVs, lower prices could help Rivian attract buyers who might be lured to Tesla's Cybertruck, Ford's Mustang Mach-E and other EVs with similar form factors. While Rivian might have a strong backing, it might still need a strong launch to ensure a bright future.

In this article: electric car, electric suv, electric truck, electric vehicle, ev, gear, green, r1s, r1t, rivian, suv, transportation, truck
All products recommended by Engadget are selected by our editorial team, independent of our parent company. Some of our stories include affiliate links. If you buy something through one of these links, we may earn an affiliate commission.