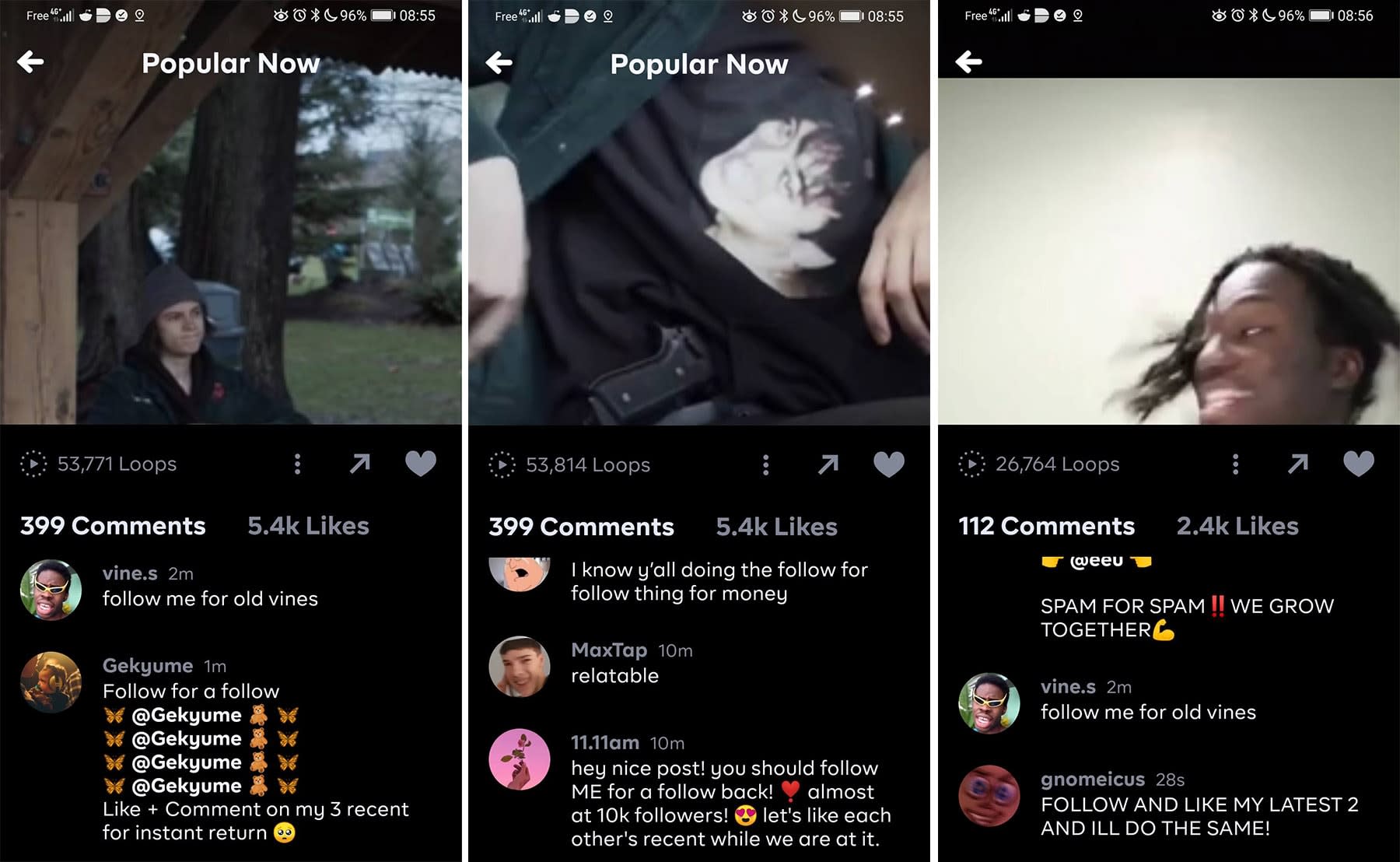 Vine replacement Byte already seems to be a success, gathering not only former Vine users but the TikTok crowd, too. With that popularity has come a new problem, however: comment spam. In particular, the crowds of new users are treating Byte like a gold rush, trying to profit on the new platform's upcoming monetization by fishing for followers in the comments section. Byte is on top of the issue, however, and has promised to do something about it.

"We're aware of the issues with comment spam and more widely with certain types of comments," founder Dom Hofman wrote in a community post. "This is our top priority and we're working very hard to address it. It should be noticeably better than it was 24 hours ago and should continue to improve over the next little while."

Byte is trying to address that short-term issue, but has also promised comment changes in the medium term. Namely, it will introduce the ability to like comments and block, filter or limit commenting. Byte also said that it's "ramping up on video moderation and you should see improvements there soon."

There's a good reason why creators are resorting to comment spam to gather followers. Byte has promised to deliver a partner program in the near future that will pay creators for videos, though it hasn't said exactly how. Other platforms like TikTok and Snapchat don't offer direct monetization, so many folks use those apps to get eyeballs over to YouTube, which does pay ad revenue to creators.

Byte users therefore want to be ready with as many followers as possible when the app does monetize, hence the spam. Tamping that down could be tricky -- so far, follow spam still makes up the majority of comments on popular Byte videos I've looked at so far.

In this article: Byte, Dom Hofman, entertainment, gear, looping video, mobile, TikTok, vine
All products recommended by Engadget are selected by our editorial team, independent of our parent company. Some of our stories include affiliate links. If you buy something through one of these links, we may earn an affiliate commission.