Beef won't be what's for dinner much longer.

By 2050 there will be an estimated 10 billion humans living on this planet. Beyond that being a lot of mouths to feed, those folks will be, on average, wealthier than today's population, with a taste for the foods found in regions like the US and Western Europe. But we simply don't have the capability, the land or the production resources to ensure that many people can eat a cheeseburger whenever the mood strikes. Luckily, researchers from around the globe are working on alternative-protein sources to supplement our existing beef, pork and chicken.

Of course, there's tofu, which has been used as a meat replacement for thousands of years. But today's consumers expect their protein substitutes to closely resemble the meats they're replacing, which is why Impossible Foods and Beyond Meat have arrived to such public fanfare. These plant-based burger alternatives offer the same bloody sizzle that beef does. In Impossible's case, that comes from heme derived from soy roots that have been fermented in genetically engineered yeast. Beyond Meat, on the other hoof, relies on a processing method that "aligns plant-proteins in the same fibrous structures you'd find in animal proteins." But as much as they look, smell and taste like a real beef patty, these products are still extruded plant matter -- and highly processed products at that.

Julie Lesnik, a biological anthropologist at Wayne State University, advocates that we look to get our meat from smaller, more-resource-efficient animals than cattle -- specifically, crickets. She points out that per kilogram, crickets offer roughly the same amount of protein as beef as well as significantly more micronutrients, since you're consuming the exoskeleton as well. 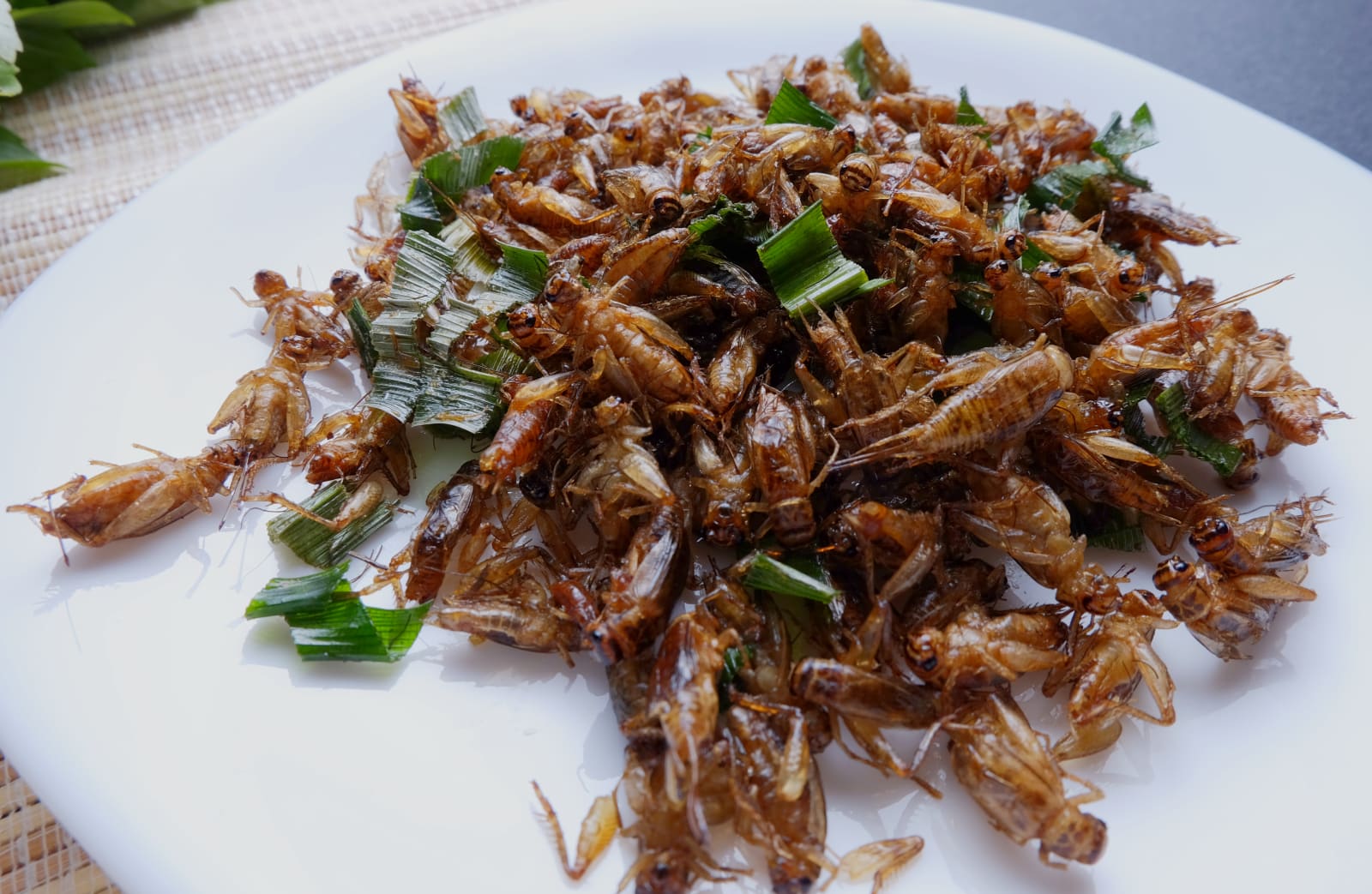 She also notes that given their diminutive stature and affinity for cramped, dark places, crickets require far less arable land than cattle do, citing a 2013 report by the UN's Food and Agriculture Organization (FAO). Whereas it takes around 200 square meters of space to grow one kilogram of beef, the same amount of cricket needs only about 15 square meters. They can even be vertically farmed. Their water requirements are equally reduced compared to the 22,000 liters required to produce that kilo of beef.

Crickets for the same yield of protein "use less than one liter of water... based on the fact that crickets get all their water needs from their food," Lesnick said during a recent SciLine webcast. "You still use water to clean your facilities and all the different processing, so one liter is an incredibly idealistic number. So I generally present this more like 100 liters just to be less sensational."

Switching our diets from cow to cricket could help slow climate change as well. The FAO estimates that grazing animals are responsible for as much as 40 percent of the methane released into the atmosphere every year. Crickets, however, don't generally eat grasses and hay and therefore produce a fraction of the greenhouse gasses. (Meanwhile, thanks to their fiber-based diet, termites are a significant source of methane. So we won't likely be raising them as a food source in the foreseeable future.) According to a 2019 white paper by the World Economic Forum, replacing beef with alternative proteins could reduce methane emissions anywhere from seven to 26 percent, depending on the region. 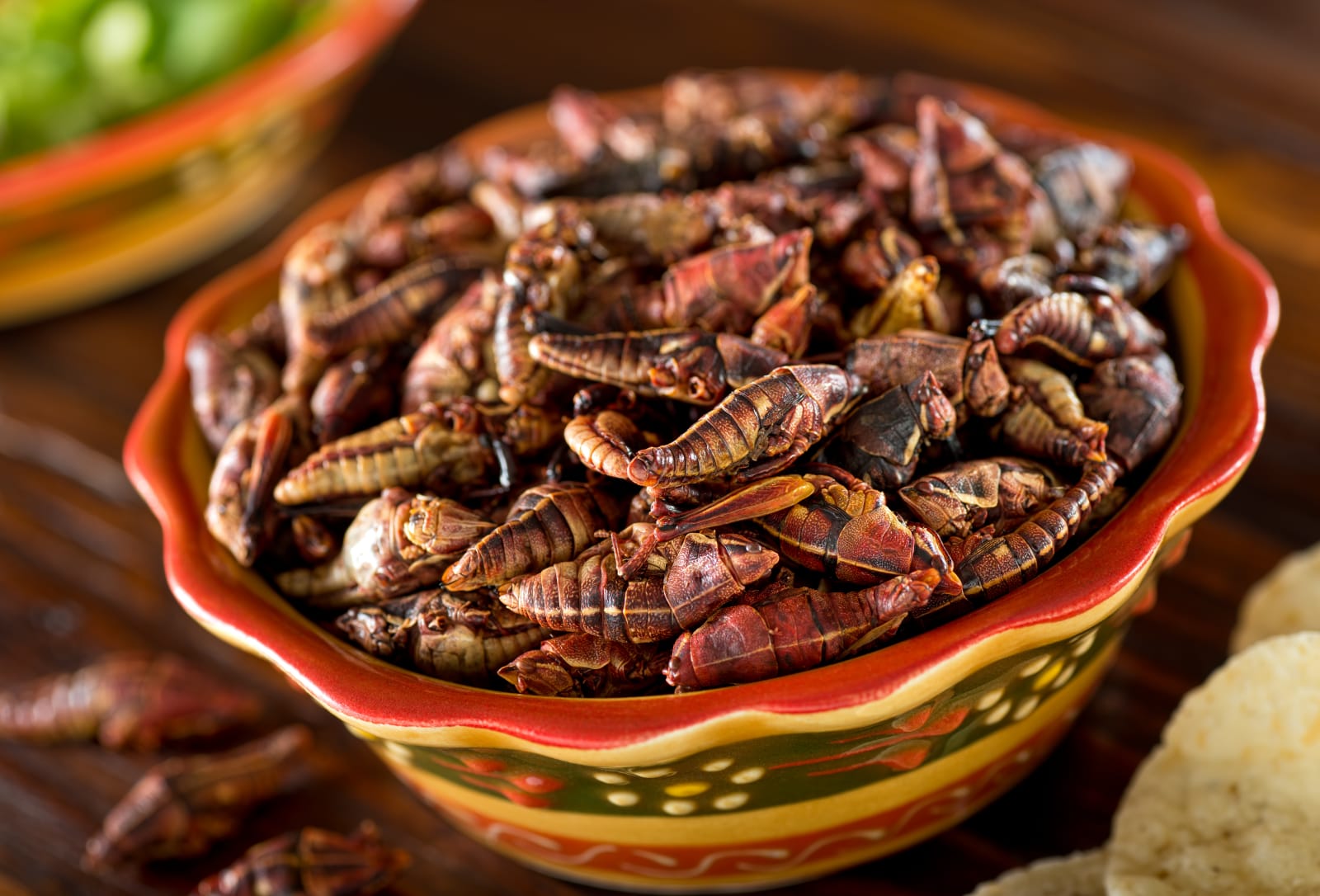 Despite all the nutritional and environmental upsides, getting people to eat crickets -- especially when the finished product still looks like a cricket -- has proved challenging. "When we're thinking about why we don't eat insects, it's really a story of Europe and that Europe being in high latitudes, insects aren't available year-round," Lesnick continued. "Eating insects in the summer can give a reprieve from hunting, but it's nutritionally redundant, so it's not an important resource." And as European nations colonized Africa and Asia, where insects are generally available year-round, they spread their notions on bugs' relative edibility with them.

So instead of replacing cows and other farmyard animals wholesale with insect protein, why not just grow only the parts that we're interested in eating? That's the promise of cellular agriculture. "The idea is rather that we would take the whole cell of a chicken and convert that to a chicken breast instead of using the whole chicken organism to make a blade or a steak," Kate Krueger, Research Director at New Harvest, explained during the same webcast.

"What we're talking about is taking cells out of an organism like a cow or a chicken, growing them up onto a material called a scaffold, which organizes the scale cells and helps them grow in thick quantities," she continued, "and then feeding them with a variety of different nutrients and minerals in a bioreactor to make a full steak-type product." At least that's the theory. Krueger estimated that we're still at least a decade away from being able to produce steaks or sashimi in appreciable quantities, though the process should be able to deliver less readily identifiable products like meatballs and chicken nuggets in as little as five years.

Given how young the technology is (the first lab-grown burger was introduced in 2013 and cost $325,000), cellular agriculture's environmental impact has yet to be fully understood. A 2011 study published in Environmental Science and Technology figured that growing meat in a lab rather than a feed yard would reduce greenhouse gas emissions by 78 to 96 percent and require seven to 45 percent less energy and 82 to 96 percent less water. Those estimates may have been a bit overzealous though, according to a number of subsequent studies that also took into account the energy costs of developing the infrastructure needed to grow these meats.

A 2019 study published in the journal Frontiers in Sustainable Food Systems notes, "Under continuous high global consumption, cultured meat results in less warming than cattle initially, but this gap narrows in the long term and in some cases cattle production causes far less warming." While cows produce methane, cellular agriculture generates a lot of carbon dioxide. This is because you're growing meat in what is essentially a sterile lab environment with high energy demand. 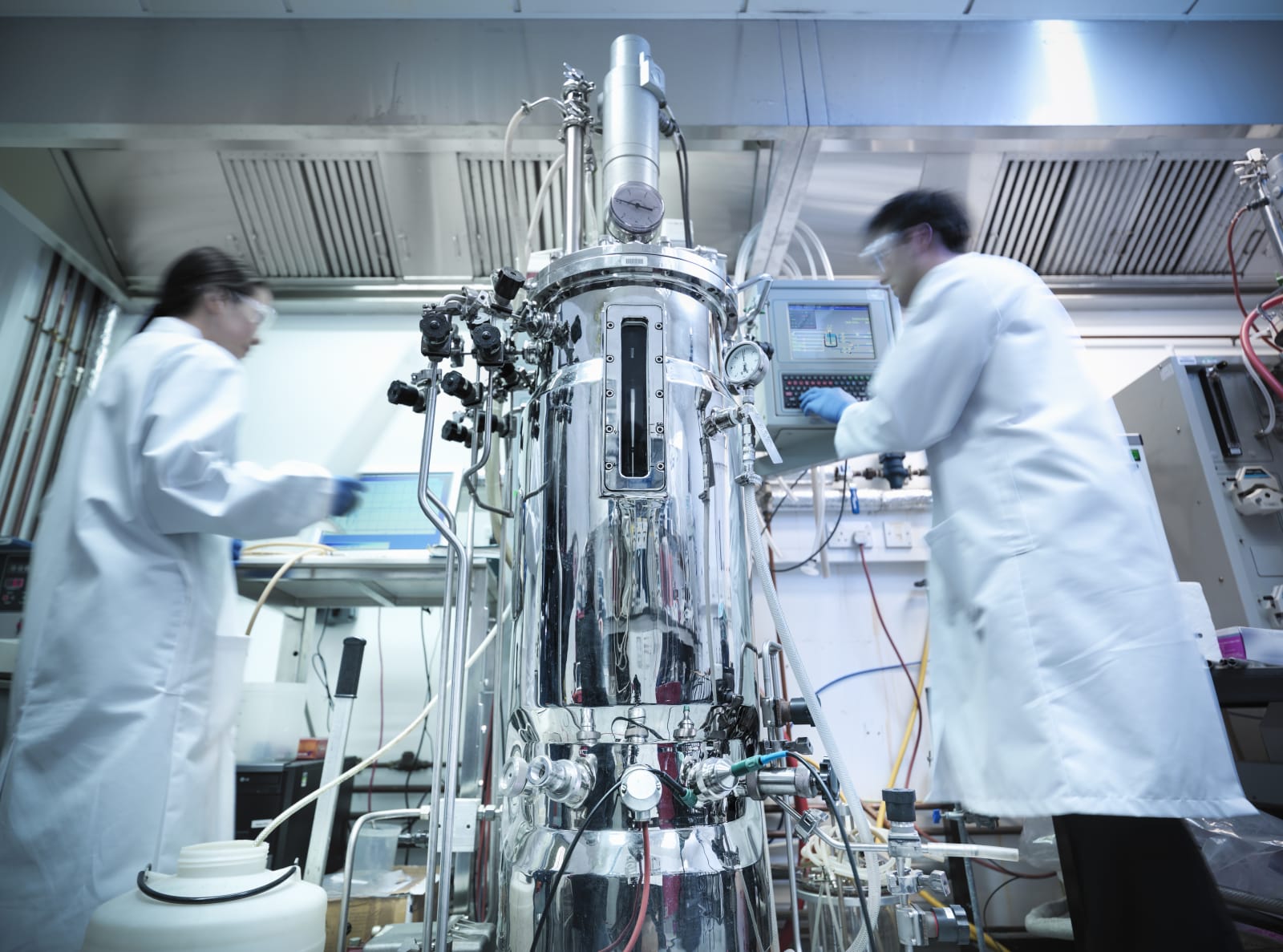 While the price of a lab-grown burger dropped to around $11 by 2015, growing meat at scale is still an expensive proposition. "Traditionally, a lot of the media sources [that cells live and feed on] tend to be really expensive for a few different reasons," Krueger explained. "They usually either contain a fraction of fetal cow blood, which would make products not vegan and is also fairly expensive, or they would contain recombinant proteins: proteins that you would make in different cell lines in a largely expensive process."

That hasn't dampened interest in the technology, however. "If we start small and stay small, we can essentially dramatically reduce the cost, and the capital burden drops by an order of magnitude or more," Yaakov Nahmias, Founder and Chief Scientist of Future Meat Technologies, told Fast Company in 2018. "With these two plays –- a more efficient bioreactor and a distributed manufacturing model -– we can essentially drop the cost down to about $5 a kilogram [$2.27 a pound]. This is where it starts getting interesting because the distributed model also allows you to use the current economics.

"These distributive models allow us to grow organically and essentially replace chicken coops with these bioreactors," he continued. "This, I think, is a reasonable way of actually taking over and replacing this industry sustainably." 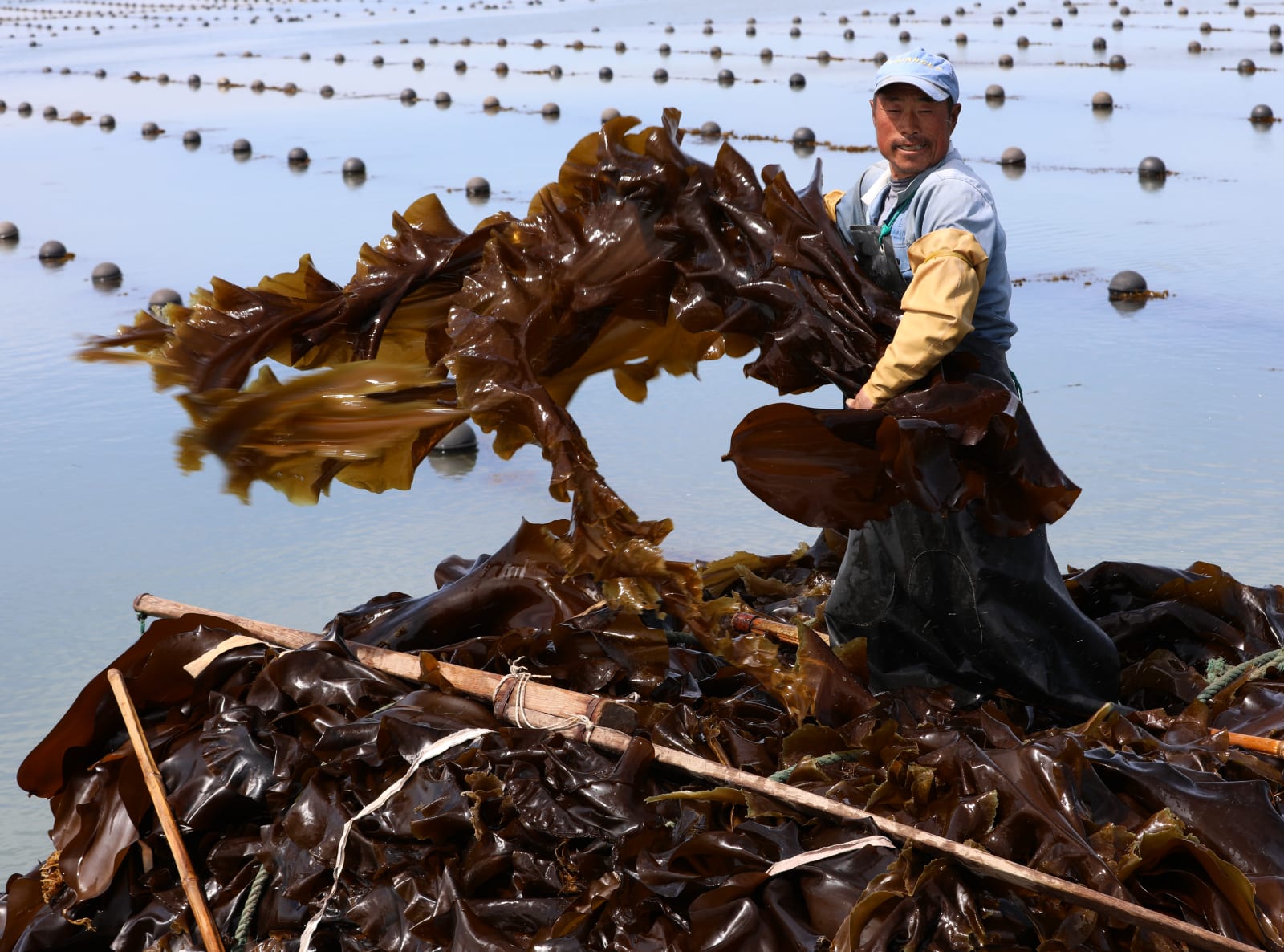 Until bioreactor technology fully matures, we can always eat algae -- aka, seaweed. "Seaweeds don't require fertilizers, don't require feed, they don't require fresh water and they don't require land," Denise Skonberg, Associate Professor of Food Science in the School of Food and Agriculture at the University of Maine, explained during the same webcast. "So those are a lot of benefits there." What's more, seaweeds are phenomenal at sequestering carbon and nitrogen; can be grown and harvested in as little as two to three months, depending on the variety; and "are extremely nutrient-dense," Skonberg continued. "They're primarily noted for their really high content of dietary fiber."

Seaweed farming is already a big business, a $6 billion industry, according to recent FAO estimates. However, most of those operations are located in East Asia. Skonberg pointed to America's northerly shores -- Washington, Maine and New England -- as promising areas for aquaculture industries. "There's a lot of clean water and a lot of potential for growing seaweed," she said. "We're starting off by looking at species that do well in temperate waters, and that includes things like sugar kelp, bull kelp -- I mean, there's a lot of kelps!" 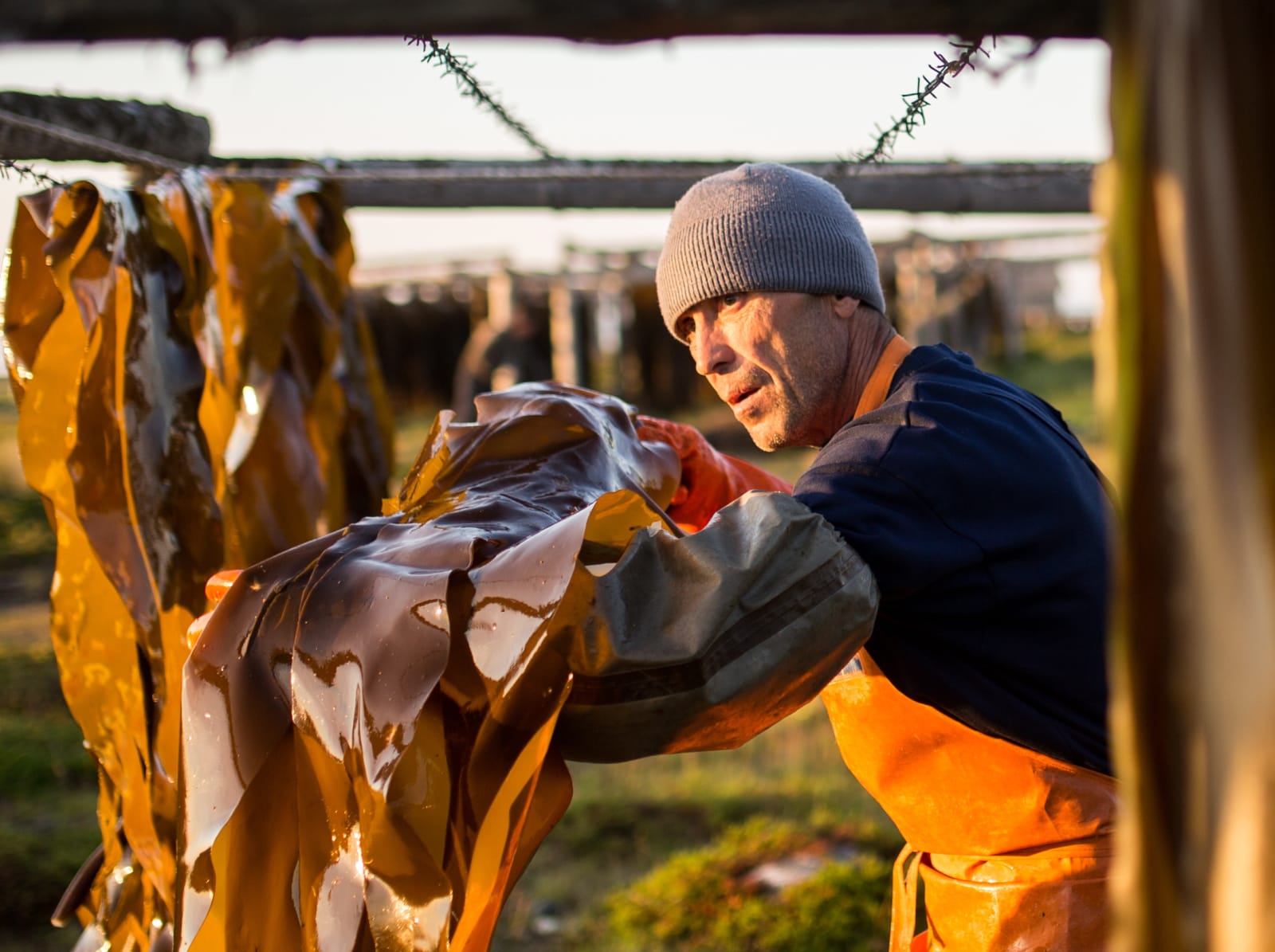 However, much more research is needed before you'll start to see fresh seaweed in the produce aisle. For example, we're not entirely clear on what the shelf life of fresh seaweed even is, Skonberg noted. It's a question that was "answered for cauliflower and broccoli hundreds of years ago, but [for seaweed], we have no idea."

Food safety and regulation concerns must also be addressed. "Research is under way looking at how well different types of species can concentrate heavy metals in their tissue," Skonberg said. "Some that are of interest include arsenic. Research has shown that some of the brown macroalgae tend to concentrate it at a much higher rate than the green or the red macroalgae. ... Where it's harvested plays a huge, huge role."

So whether it comes from a cricket or a lab or off the coast of Indonesia, tomorrow's protein alternatives will be a win for both consumers and the environment, though likely neither are as excited about those prospects as the cows.