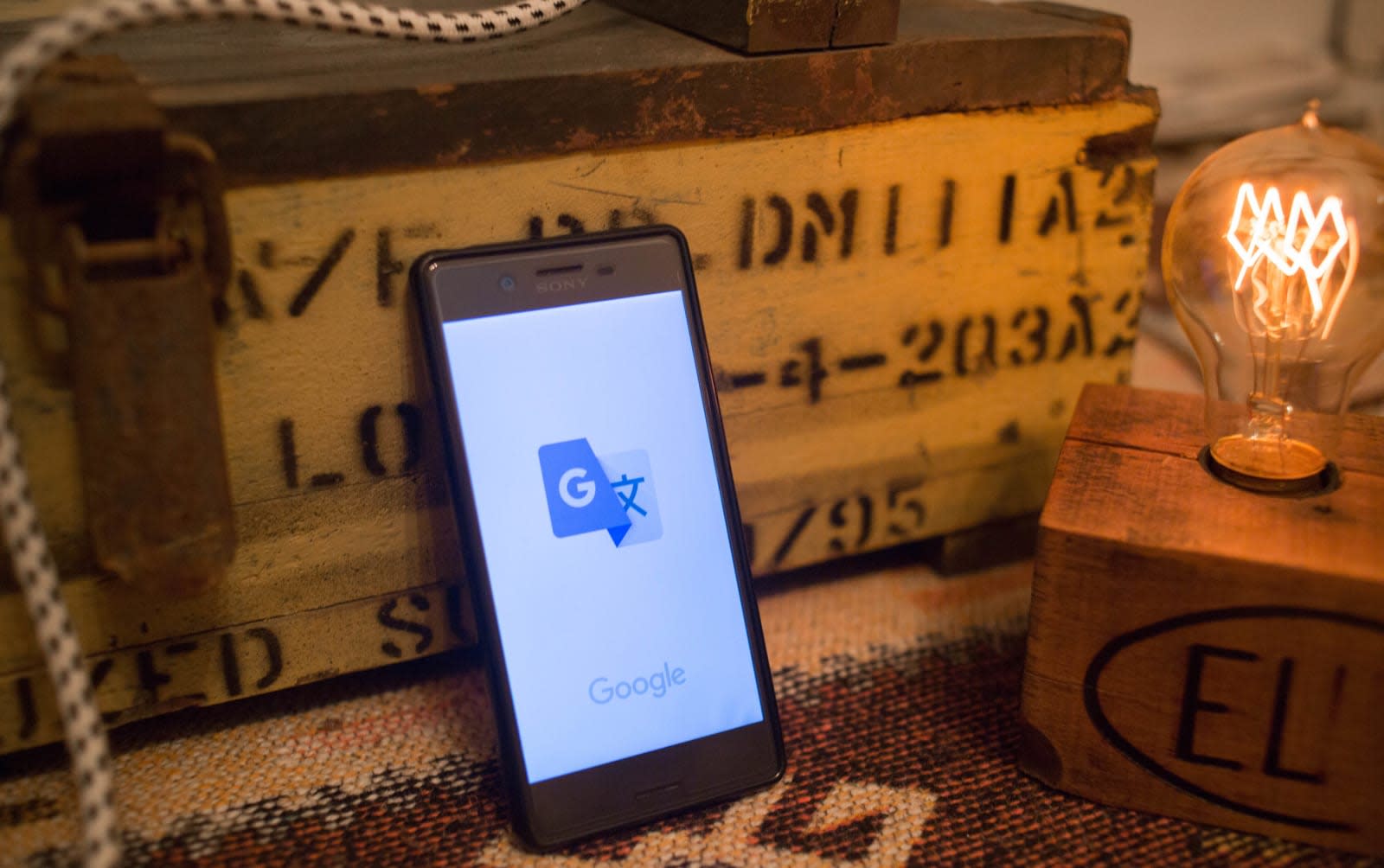 In the future, Google Translate will be able to transcribe long lectures while translating it into another language in real time. The tech giant has demonstrated the upcoming feature at an event in San Francisco where it demoed some of its artificial intelligence projects. Google previously introduced an interpreter mode for the app, but that one was designed for conversations while this is more for long-form speech. Transcribe mode will give you a way to, say, attend lectures in other languages or watch foreign movies without subtitles and get the gist of what's being said.

Upon launch, the feature will need an internet connection -- the translation will take place on Google's servers and not on your devices -- and will only work on live audio captured through the phone speaker. According to The Verge, the feature will constantly evaluate words, changing translations based on sentences' context and adding punctuations as it goes along. You can probably expect some weird translations at first, though Google said it's bound to significantly improve as it learns from people's transcriptions.

At the moment, CNET says the feature is being tested in several languages, including Spanish, German and French. It's expected to roll out in the coming months, but Google told Engadget that it doesn't have a set timeline yet. A spokesperson also told us that it will initially be available on Android devices.

In this article: gear, google, Google Translate, internet, mobile, transcribe
All products recommended by Engadget are selected by our editorial team, independent of our parent company. Some of our stories include affiliate links. If you buy something through one of these links, we may earn an affiliate commission.