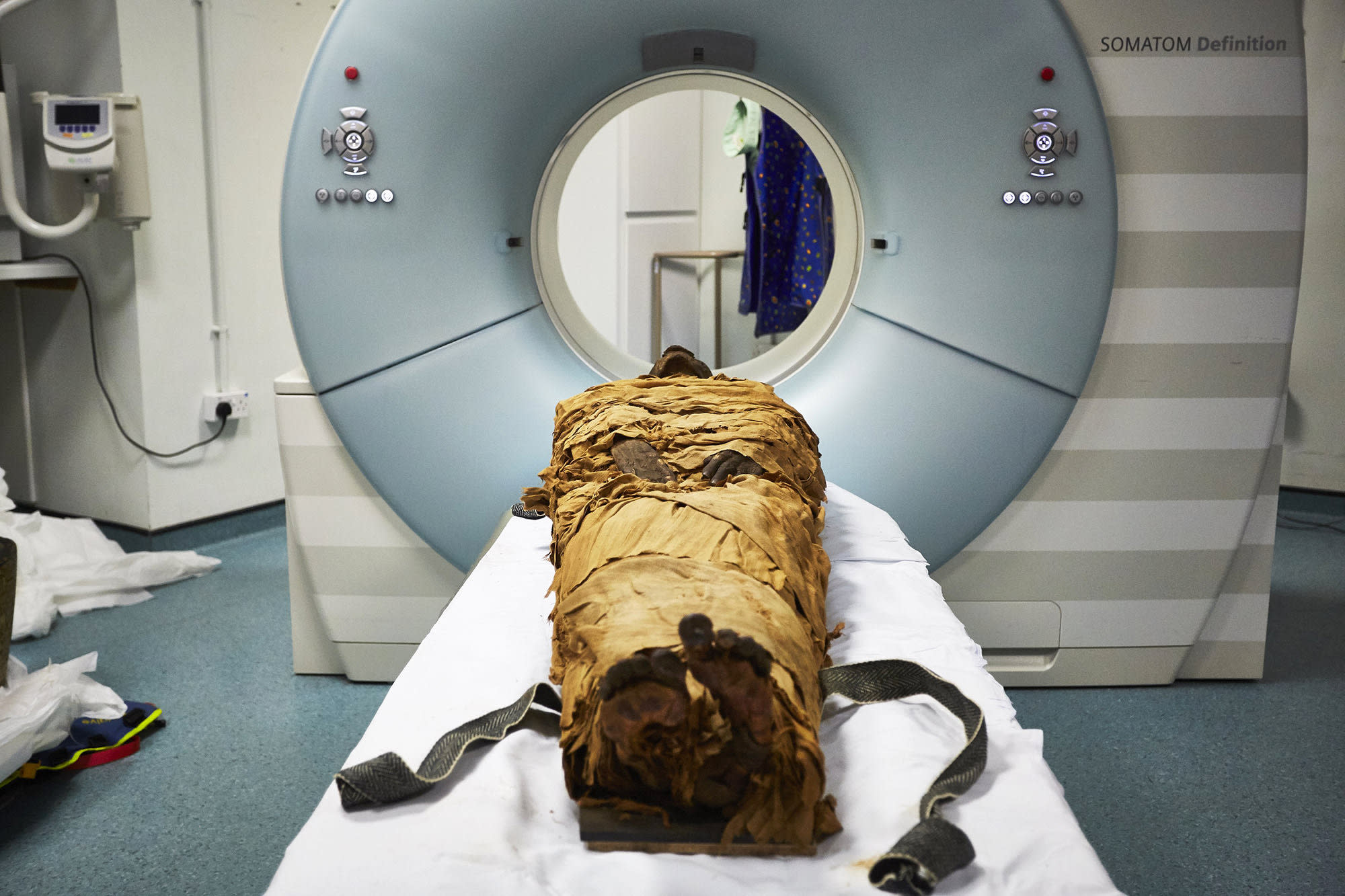 Researchers recently resurrected the "voice" of an ancient priest for the first time since his death over 3,000 years ago. Called Nesyamun, he lived during the time of the pharaoh Rameses XI, who ruled from 1107 to 1078 BC. The team used a combination of scanners, 3D printing and synthesized sound to create the vocal simulation.

Nesyamun was discovered and stolen away from Egypt around 1823, and was then sold to a group in Leeds, England which planned to study his remains scientifically. His corpse was first unwrapped around 1824. The mummified corpse has a swollen tongue that famously sticks out, indicating he may have died from an allergic reaction via a bee sting to that appendage. At one point, scientists figured that he might have been strangled, but that juicier scenario is unlikely as his neck bones weren't broken. 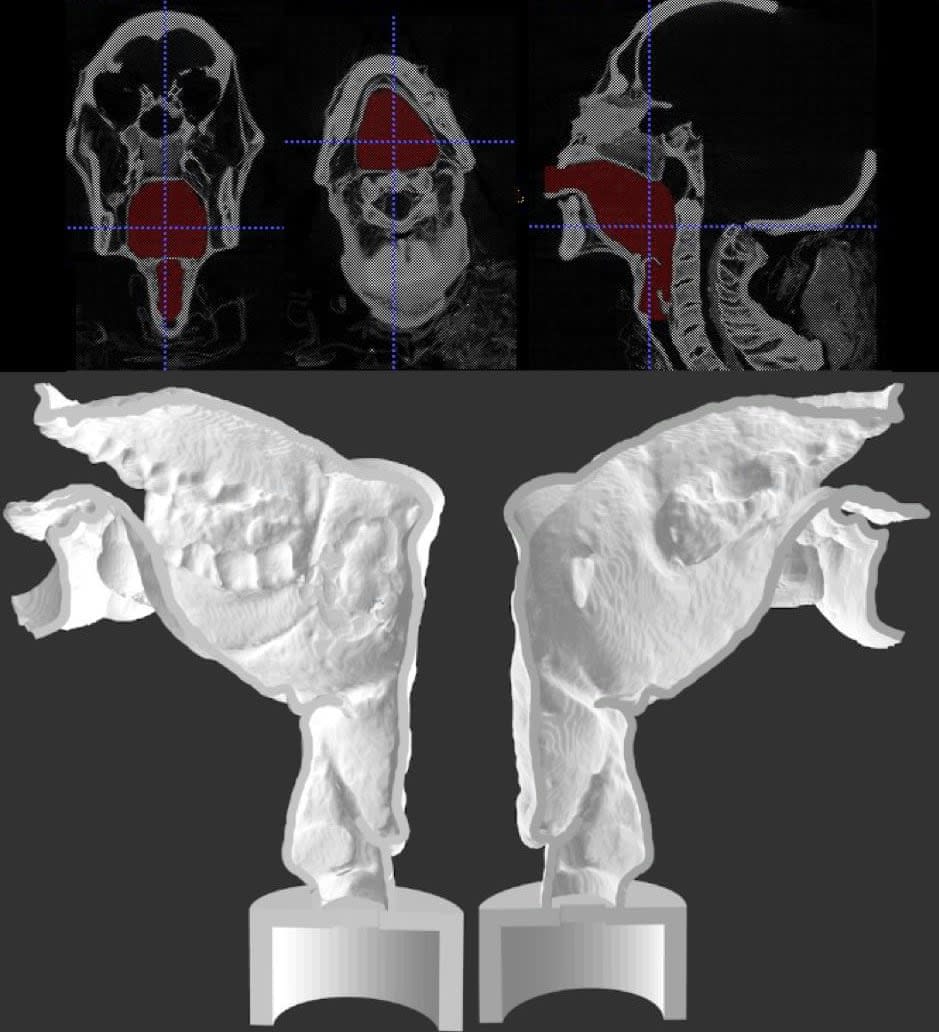 To get an idea of what he sounded like, the team first took the mummy to a hospital and performed a series of CT scans. As his soft palate was missing, they had to estimate what that would've looked like when he was alive, while also guessing the size of his shriveled tongue.

From there, the team created a 3D printed reproduction of his vocal track, and coupled it to an electronic larynx called the vocal tract organ. The sound created was what would result from Nesyamun "passing lung air outwards via his larynx," rather than saying particular words, according to study co-author Prof. David Howard.

If you were hoping for an intimidating Imhotep-esque growl, be prepared to be disappointed. First off, the researchers said that Nesyamun would have had a higher pitched voice than the average modern man, based on the dimensions of his vocal tract and larynx. The team also pointed out that the sound represents Nesyamun mummified in his coffin, not as he was alive.

One interesting aspect of this story is how it got so hyped up, both by the scientific team and the media that covered it. That hype is no doubt why the mummy's "voice" has been so roundly mocked on social media. Still, the work does give us some insight into how an ancient person -- who likely used his voice a lot during his career to speak and chant -- might have actually sounded.