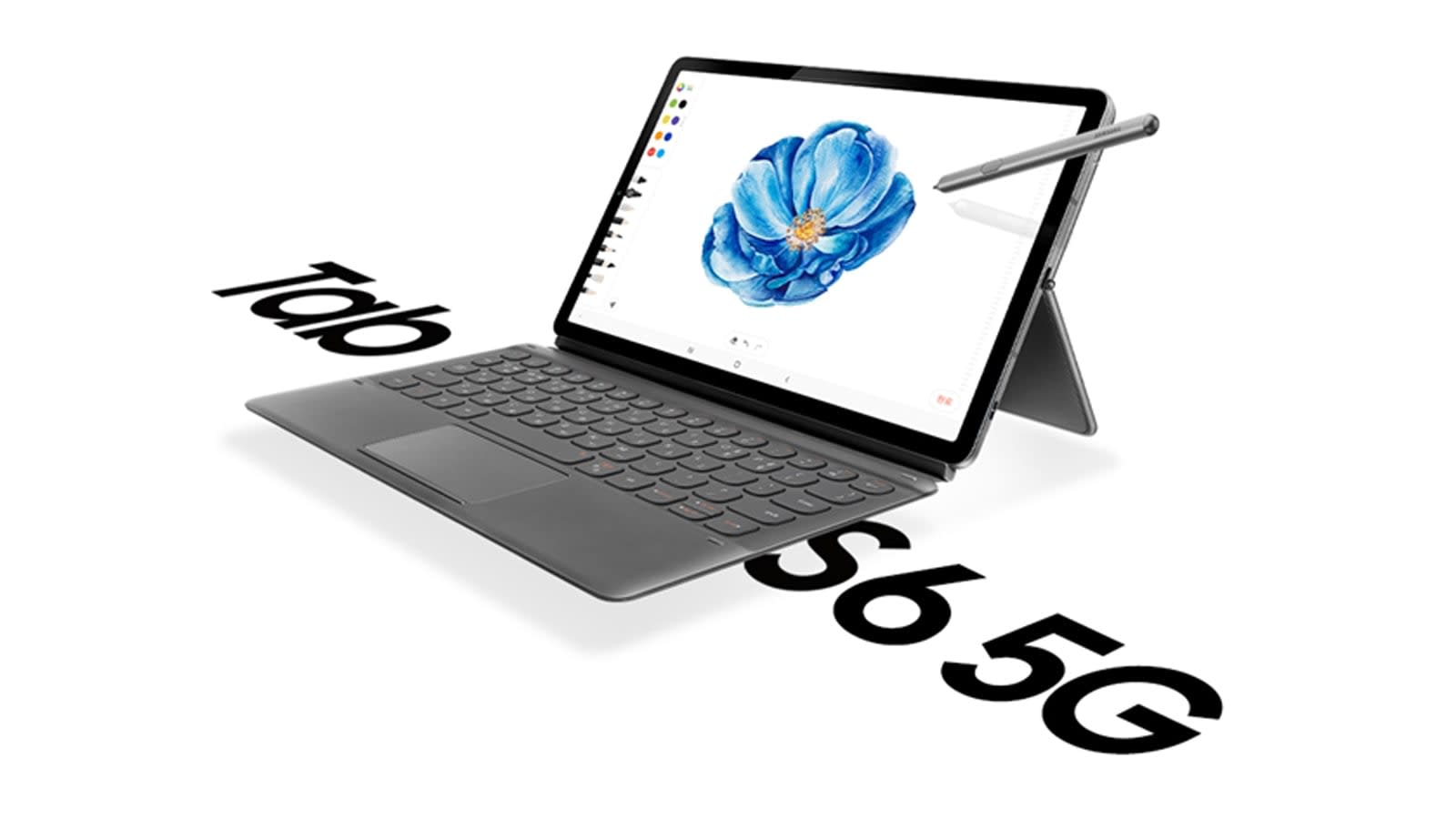 Samsung has followed through on its plans to release a 5G tablet, and... it's exactly what you'd expect. The tech giant has introduced a Galaxy Tab S6 5G in South Korea that really is just the standard Galaxy Tab S6 with a 5G modem (the Snapdragon X50, if you're curious) thrown in. You'll still find a Snapdragon 855 chip, 6GB of RAM, 128GB of storage and a 10.5-inch AMOLED screen alongside features like the S Pen, the DeX desktop and Dolby Atmos-capable speakers. It's just that you now have an extra-fast data link for everything from live 4K broadcasts to "massive streaming games."

The slate launches in South Korea on January 30th for 999,900 won (about $848). It's not a trivial purchase, although Samsung is promising perks for Korean buyers like a free keyboard cover and a YouTube Premium membership.

There's no word on international releases, although that might hinge on carrier support. We wouldn't rule out news of a wider release at Samsung's Unpacked event on February 11th. However, that event is expected to focus on the Galaxy S20 and Galaxy Z Flip. A 5G version of an existing tablet would be a low-priority item, and Samsung might decide that it's easier to roll out the Galaxy Tab S6 5G on a country-by-country basis.

In this article: 5g, android, galaxy tab s6, Galaxy Tab S6 5G, gear, mobile, samsung, south korea, tablet
All products recommended by Engadget are selected by our editorial team, independent of our parent company. Some of our stories include affiliate links. If you buy something through one of these links, we may earn an affiliate commission.