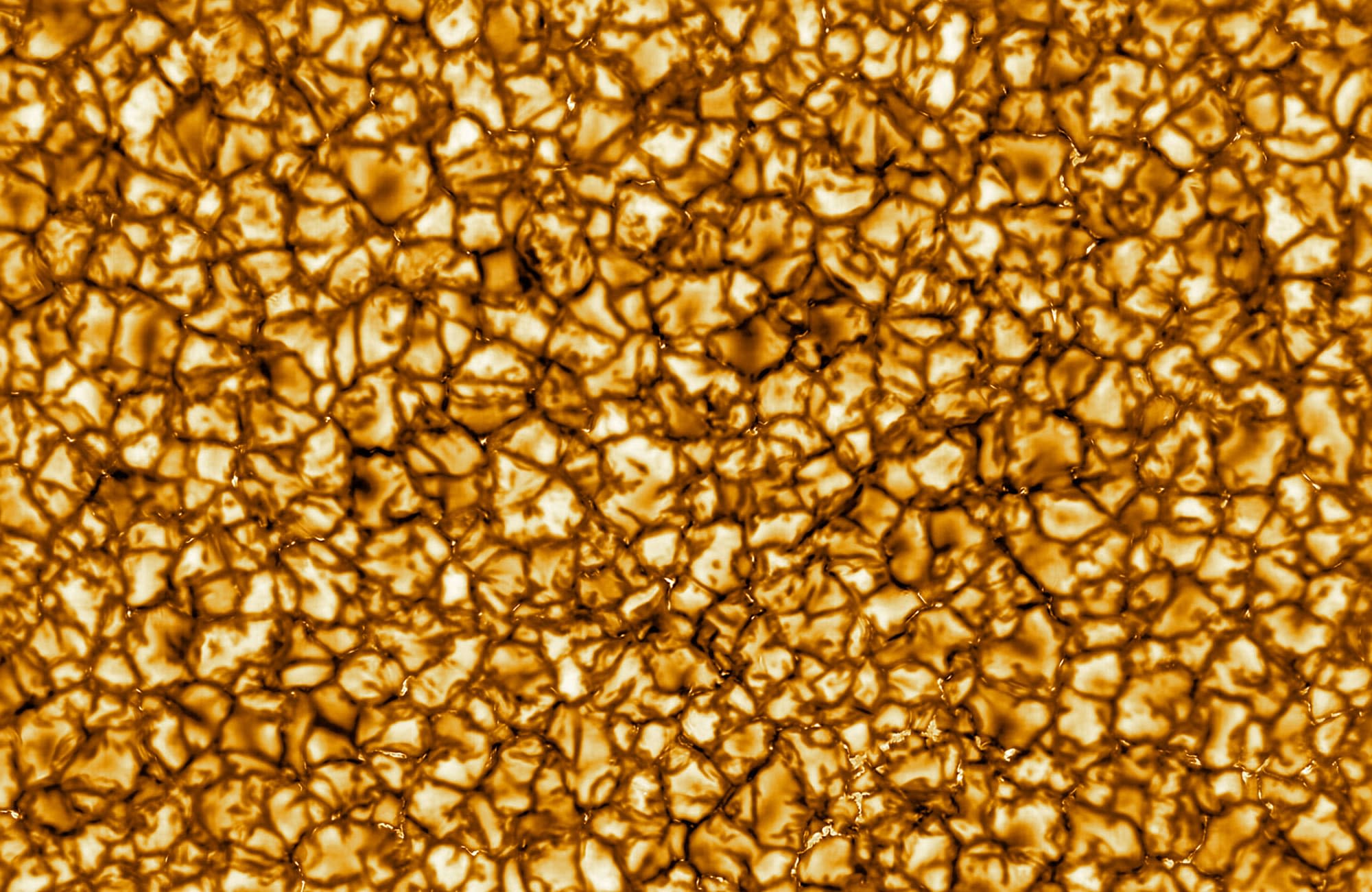 Capturing the Sun's Texas-sized cells in the highest detail ever

The Daniel K. Inouye Solar Telescope (DKIST) started with some controversy, but its first images are already changing the field of solar science. The Maui observatory captured the highest-resolution photos of the sun ever taken, revealing detail down to a mere 18 miles in size. The image above shows turbulent kernel-like cells made up of boiling gases influenced by the Sun's strong magnetic field, each one about the size of Texas.

The DKIST images show the highly energetic actions that move heat from inside the sun to its surface. The convection process forces solar plasma to the surface where it forms the bright cell centers, which may channel energy into the solar atmosphere.

Those bright spots could heat the corona at up to a million degrees Celsius and explain why the sun is hotter on the outside than the interior. The plasma eventually cools and sinks, shown as dark lanes between cells. Bright areas in those lanes also map out the sun's magnetic fields, as shown in the animation below.

The Inouye Solar Telescope could help scientists figure out why, when and how that happens by showing the magnetic fields in unprecedented detail. "We have to not only be able to clearly see these tiny structures from 93 million miles away but very precisely measure their magnetic field strength and direction near the surface and trace the field as it extends out into the million-degree corona," said DKIST director Thomas Rimmele.

That could help scientists develop warning systems that work 48 hours ahead of time instead the current standard of 48 minutes. That kind of notice would help authorities secure critical infrastructure or place communications satellites in safe mode.

Grabbing images of this detail was no easy feat. DKIST not only uses the world's largest solar telescope mirror at 13 feet across, but has crystal clear viewing conditions at the 10,000-foot Haleakala summit. There's still some atmospheric distortion, even at that altitude, so it also has adaptive optics that warp the mirror to compensate for it. It also uses a system that can precisely focus the telescope.

On top of that, DKIST absorbs 13 kilowatts of solar power heat that must be removed via a cooling system that protects the optics. Over seven miles of piping distribute coolant around the observatory, augmented by ice created on site in the evenings.

Native Hawaiins protested the construction DKIST when it was schedule to begin at Haleakalā back in 2015. The mountain is important to their culture and already holds multiple observatories. The DKIST teams helped allay those concerns with a $20 million Maui College program that teaches science and Hawaiian culture. The observatory also reserves two percent of telescope time for Native Hawaiians.