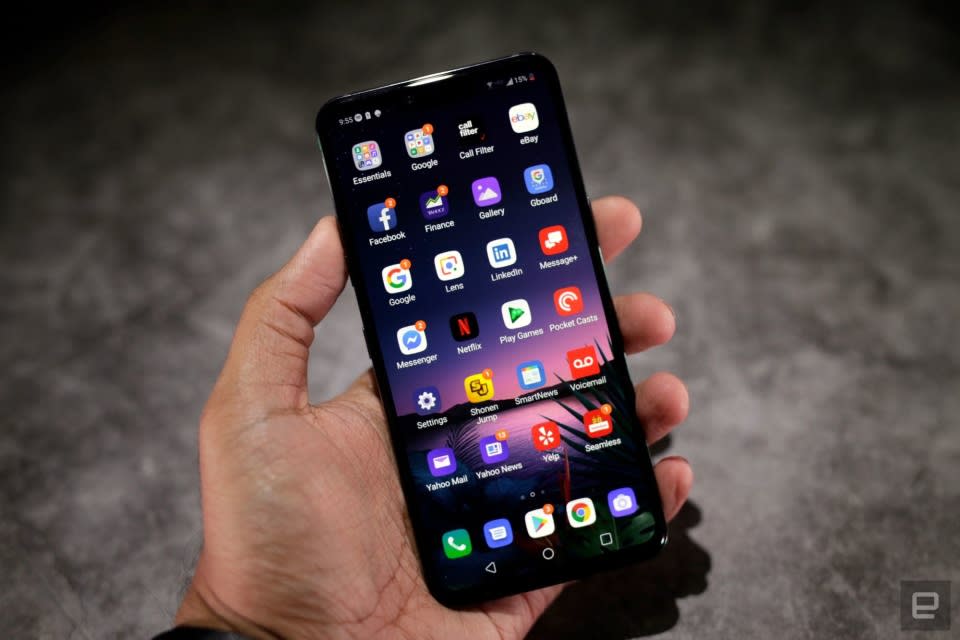 Mobile World Congress is the event the world -- or at least, our particularly nerdy corner of it -- looks to for annual updates in smartphones, networking technology and more. This year, as concerns over a growing coronavirus outbreak continue to mount, LG has decided that the Barcelona-based trade show simply isn't worth the risk.

"With the safety of its employees and general public foremost in mind, LG has decided to withdraw from exhibiting and participating in MWC 2020 later this month in Barcelona, Spain," a statement emailed to reporters said. "This decision will prevent needlessly exposing hundreds of LG employees to international travel, which most health experts have advised."

Instead, LG will hold separate events in the "near future" to reveal its batch of 2020 smartphones, which is expected to include a sequel to last year's ambitious, underwhelming G8 ThinQ.

The show, which officially begins on February 24th, played host to over 100,000 attendees last year, many of whom were based in China or attended on behalf of Chinese companies. Unfortunately, the coronavirus situation -- which the World Health Organization now considers a global health emergency -- has hit China hardest of all. At time of publication, of the 20,630 confirmed cases of coronavirus infection, 20,471 are inside China, and 425 people diagnosed with coronavirus in China have died.

So far, LG is the first major company we're aware to pull out of Mobile World Congress entirely, though at least one other has drastically altered its plans for the show. A spokesperson confirmed this afternoon that China-based ZTE, which has been lying low since the United States lifted an export ban in July 2018, will not be holding its customary MWC press conference.

Meanwhile, GSMA, the organization that stages MWC each year, said that the outbreak has had "minimal impact on the event thus far" and that it will continue to "monitor and assess the potential impact of the coronavirus." Beyond that, though, GSMA was quick to outline the measures it is taking to mitigate the spread of the virus. For now at least, the show must go on, but that might not be the case if companies that tend to anchor the show follow LG's lead.

In this article: gear, lg, mobile, mwc, mwc 2020
All products recommended by Engadget are selected by our editorial team, independent of our parent company. Some of our stories include affiliate links. If you buy something through one of these links, we may earn an affiliate commission.