Google Maps for iOS and Android is getting a makeover

Google Maps was launched 15 years ago this week (in beta, of course). Not surprisingly, Google is using this as an opportunity to launch a few new updates to its massive mapping service. For starters, Maps has a new icon, a four-color take on the location "pin" that has been part of Google Maps for years now. More meaningful to users though are some changes to the Google Maps app that make it a bit simpler and smarter.

The main thing you'll notice in the app is a five-icon navigation system down at the bottom of the screen, like so many apps have now. There are two new tabs: saved, which pulls up all the lists and locations you've bookmarked, and contribute, which prompts you to add photos and reviews to places you may have visited. With this change, Google also got rid of the old "hamburger" menu where a lot of these features were previously hidden. Given how robust the Google Maps list features are, I'm definitely glad to have easy access to them from anywhere in the app.

There are a few new features crowdsourced from Maps users that'll show up when you're looking at transit directions, as well. For a while now, you've been able to see specific transit lines in many cities as well as estimated arrival times and some info on how crowded a train or bus might be. Google is expanding the info that you'll be able to see by adding details shared by other passengers, including temperature, accessibility, whether there's security onboard or a women's only car and how many cars a train has. Google will gather this info by asking Maps users to contribute details from their trips, something it already does to get data on how crowded trains are. It'll take a bit before Google has enough info to populate all these attributes for all available transit systems, of course, but it's something to keep an eye out for. 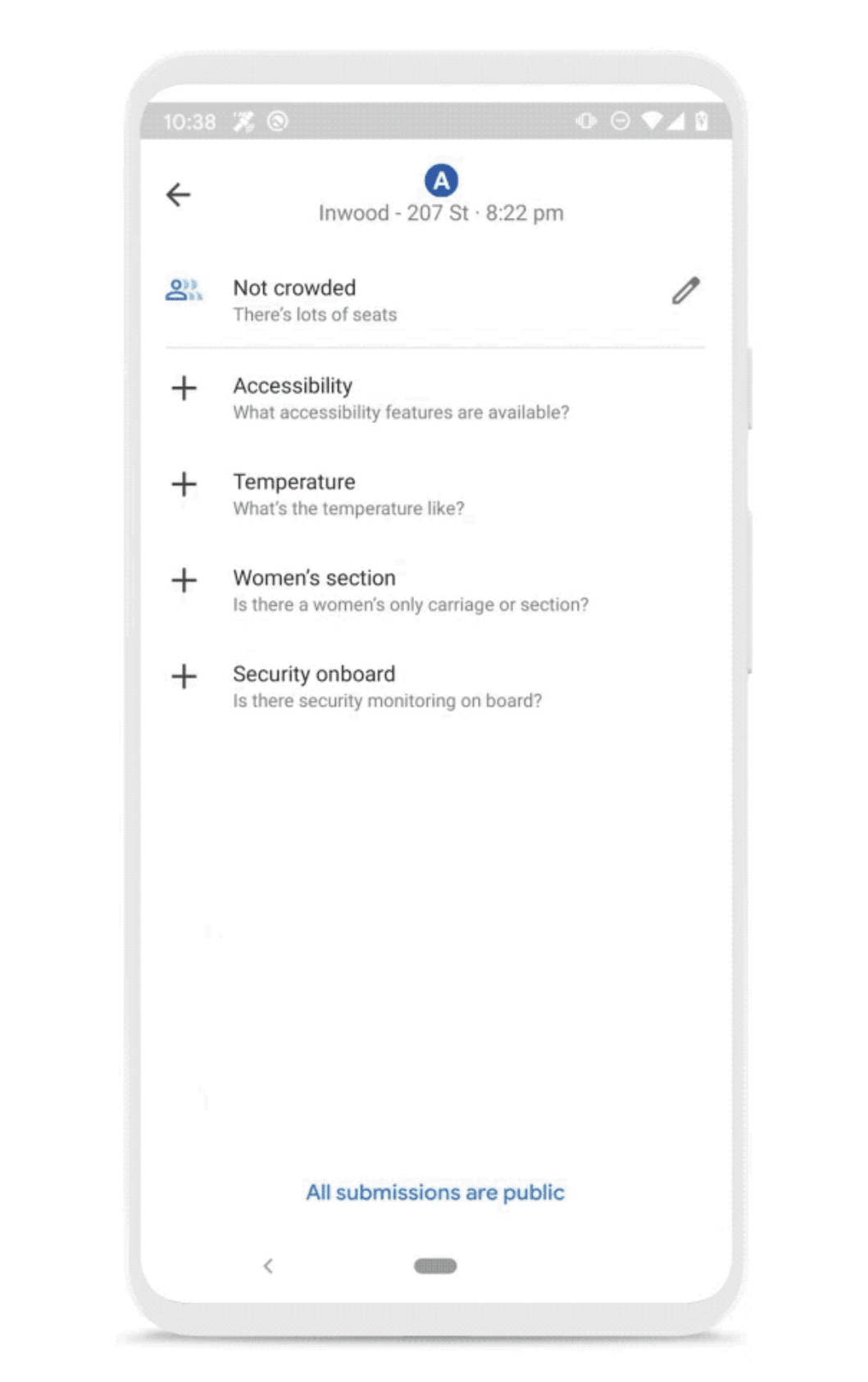 The last new features of note involves Live View, the AR-powered walking directions that Google launched last year. Initially, Live View overlaid giant blue arrows to show you exactly where you were going, but the new implementation simplifies things a bit. It drops a big red pin to show where your destination is relative to your position and tells you how far away it is. If you need turn-by-turn directions, you can still get those details along with the big blue arrows. But if you just need to get oriented in the right direction when coming off the subway, for example, this new Live View feature should help with that.

These updates should all be rolling out to both the iPhone and Android phones today -- except the Live View updates, which Google says are coming soon. It's certainly a coincidence, but these updates also are coming just a week after Apple finished completely revamping its own maps. It's been years since Apple Maps was a bad service, at least here in the US, but improvements like the ones Google announced today go a long way towards keeping Google Maps the default option for so many people.