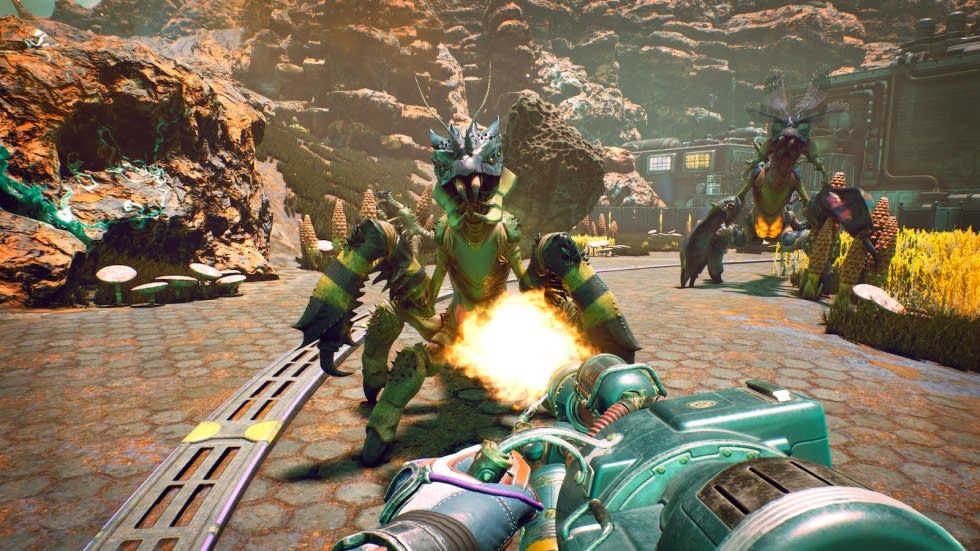 Just a few days ago we learned the release date for a Switch port of The Outer Worlds, but now it's delayed. The game was scheduled for release on Nintendo's system March 6th, however the coronavirus outbreak in China has impacted Virtuous, the developer working on the port who has previously delivered versions of Dark Souls Remastered and Final Fantasy XII: The Zodiac Age for Switch.

On LinkedIn, Virtuous CEO Gilles Langourieux writes that although all members of the team are safe and accounted for, reduced local transportation has made it difficult for them to go to work. Its studios in Chengdu and Xian have extended their holidays until next week as a result. According to publisher Private Division, there isn't a new release date yet, but in a tweet they revealed that when the game comes out they will release a physical version on cartridge as well.

We're delaying @OuterWorlds on Nintendo Switch due to the coronavirus impacting the Virtuos team working on the port, to provide them enough time to finish development. We'll now be releasing the physical version on cartridge. Once we have a new launch date, we'll let you know!

The current outbreak began in Wuhan, China, and on January 30th the World Health Organization called it a global health emergency. The death toll in China has reportedly risen past 600 among more than 31,000 confirmed cases. Quarantines and countermeasures have affected a number of companies with operations in China, including Nintendo's Switch manufacturing and Apple's stores.

In this article: business, coronavirus, gaming, nintendo, The Outer Worlds
All products recommended by Engadget are selected by our editorial team, independent of our parent company. Some of our stories include affiliate links. If you buy something through one of these links, we may earn an affiliate commission.