Mythic Quest shouldn't work. The new Apple TV+ comedy, created by the folks behind It's Always Sunny in Philadelphia and co-produced by Ubisoft, dives into the day-to-day adventures of a gaming studio behind an incredibly popular MMO. But who needs another workplace comedy, especially one about game development? And can we trust a show sprung from a giant publisher like Ubisoft to portray the gaming world fairly -- warts and all? Yet somehow, despite everything going against it, Mythic Quest: Raven's Banquet is phenomenal.

It's sharp and funny enough to keep non-gamers hooked, it actually tackles major issues facing the industry, and at times, it's surprisingly sweet and poignant. Mythic Quest, which premieres on Apple TV+ today, is like a cross between Office Space, HBO's Silicon Valley (RIP) and Comedy Central's excellent series Corporate. It has everything you'd expect from a standard workplace comedy, except it just so happens to be centered on the world of video games. The show, created by Rob McElhenney (who also stars as the ego-driven creative director Ian), Megan Ganz and Charlie Day, is also in many ways the polar opposite of their work on It's Always Sunny.

Instead of focusing on a group of losers bound by failure, Mythic Quest's characters are all (for the most part) smart, driven people working together to make their game a success. There's Poppy (Charlotte Nicdao), the game's head of engineering who's constantly being overshadowed by the cocky Ian. Brad (Danny Pudi, Community) handles the money side of things while David (David Hornsby) is the executive producer in charge of the whole project (not that you'd know it). F. Murray Abraham brings some Oscar prestige to the show as CW Longbottom, the studio's head writer whose sci-fi writing career clearly peaked in the '70s. And voice-over artist Ashly Burch, who's also on the writing staff, is a resident tester who lends some real-world gaming credibility to the entire series. (She's the star of the long-running video series Hey Ash, Watcha Playin' and has been involved with high-profile series like Horizon Zero Dawn.) 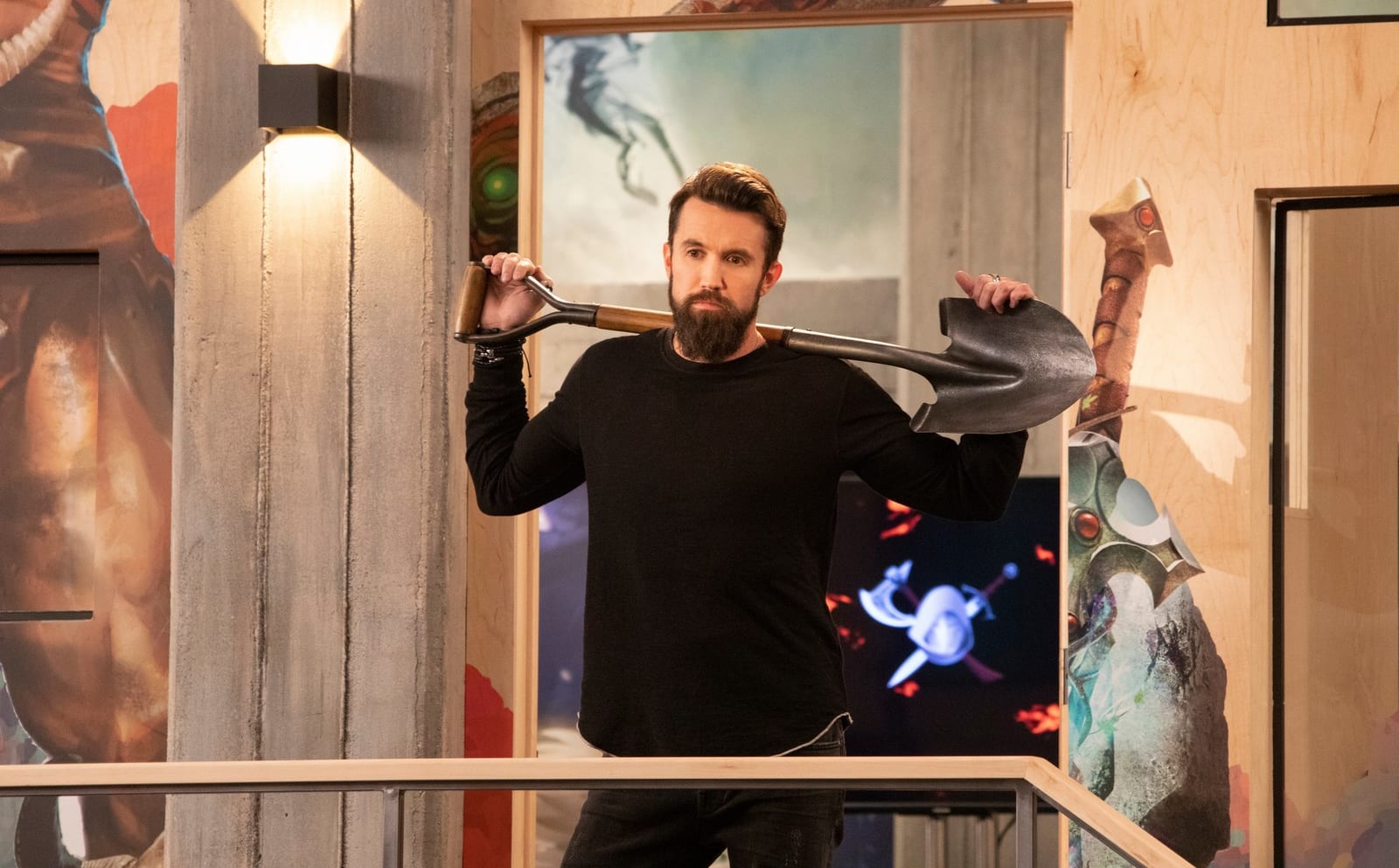 We follow as they develop new tools and content expansions, try to balance their business and artistic goals, and keep annoying preteen streamers happy -- you know, the things every studio is actually dealing with today. The first episode centers on the seemingly minor addition of a shovel. Poppy wants to use it to add a Minecraft-esque digging mechanic to the MMO, but Ian (pronounced eye-an, for some reason) thinks it's better as another weapon for smashing skulls. As the money guy, Brad clearly sees violence as the better moneymaking angle. By the end of the pilot, everyone agrees to compromise a bit to get the shovel in the game.

Poppy loses most of all though. Her frustration with seeing a nonviolent feature co-opted by the base desires of a male-driven gaming industry is something any creative professional can identify with. How exactly do you balance your artistic desires with the need to satisfy your Montreal-based corporate overlords? That's a running theme throughout Mythic Quest. It pops up again when the team debates adding a casino to its fantasy world -- another suggestion from corporate. It's not far removed from the struggles developers faced when deciding whether to embrace and then how to implement micro-transactions in games like Star Wars Battlefront 2 and Destiny 2. 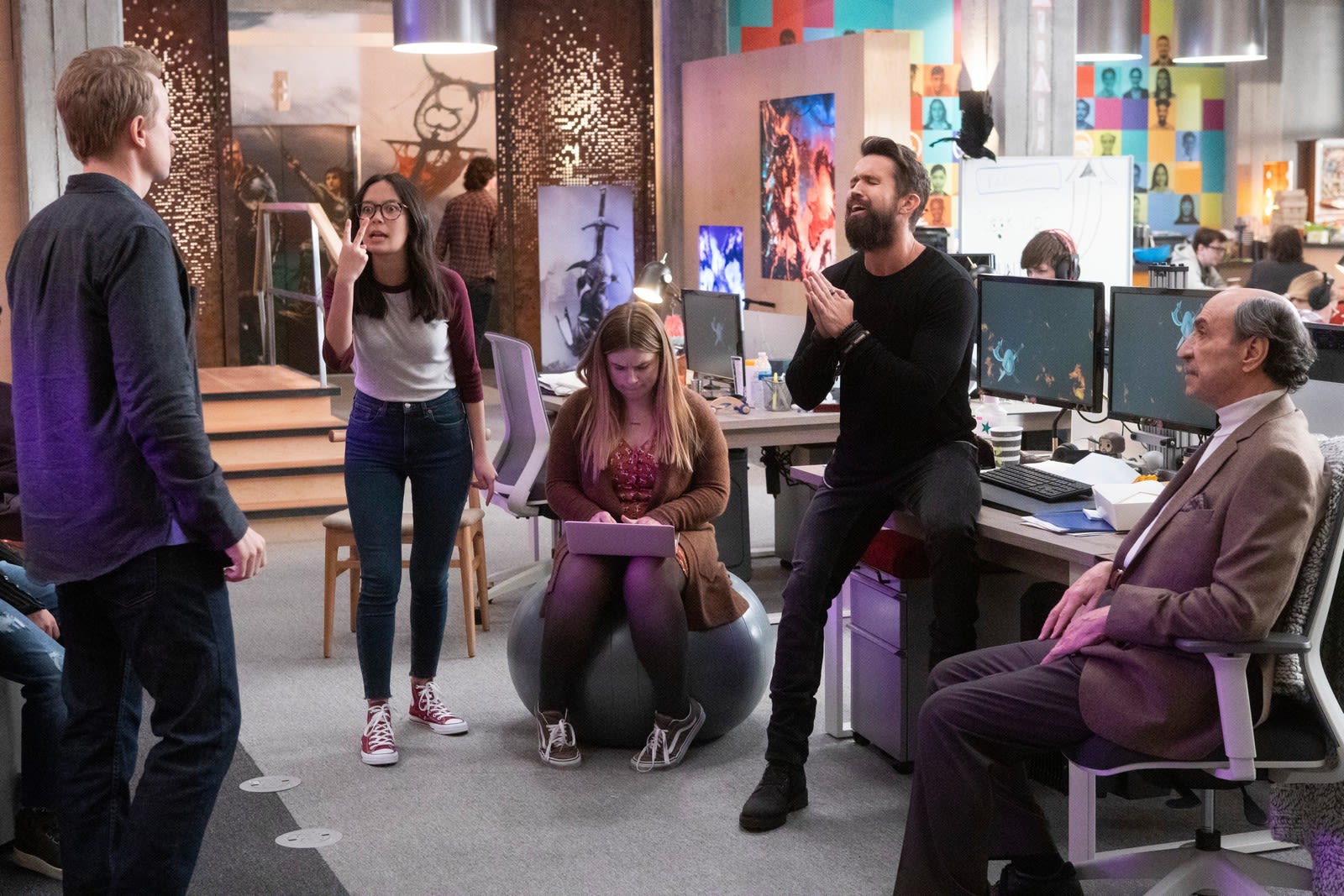 Mythic Quest understands the strange world of game development and modern fan culture well enough to mine them for some serious laughs. Most important, it doesn't treat any of its characters with disdain -- well, maybe except for those streamers. The team's early challenges involve tweaking its updates to appease "Pootie_shoe" -- a 14-year-old livestreamer who considers his mom an employee. If he's happy, he can encourage his legions of fans to keep playing Mythic Quest. (Of course, he rates everything on a scale of "b holes." I'll let you figure out what that could mean.) But if Pootie_shoe is displeased, like the spoiled super-powered child from The Twilight Zone's "It's A Good Life," he can instantly make his followers give up on the game. It's a bit jarring to see a huge team of adults base their entire lives around the opinions of an actual child -- but honestly, that's not far off from reality.

While Silicon Valley was all about a scrappy startup climbing its way to success, Mythic Quest actually starts with the team's MMO being the world's most popular online game. The stakes are inherently lower, but that also gives us time to focus on these characters and the issues facing many game developers today. For example, how do you handle Nazis and hate speech in a game as large as Mythic Quest? What's the value in having employees unionize? The show sometimes skirts these issues and doesn't always handle them subtly (I'm not a fan of its plan to simply sequester Nazis), but I'm glad it has room to acknowledge them. And it never feels like Ubisoft is tipping the scales in its favor. (Though be prepared to see plenty of segue clips from Ubi games like Assassin's Creed.) 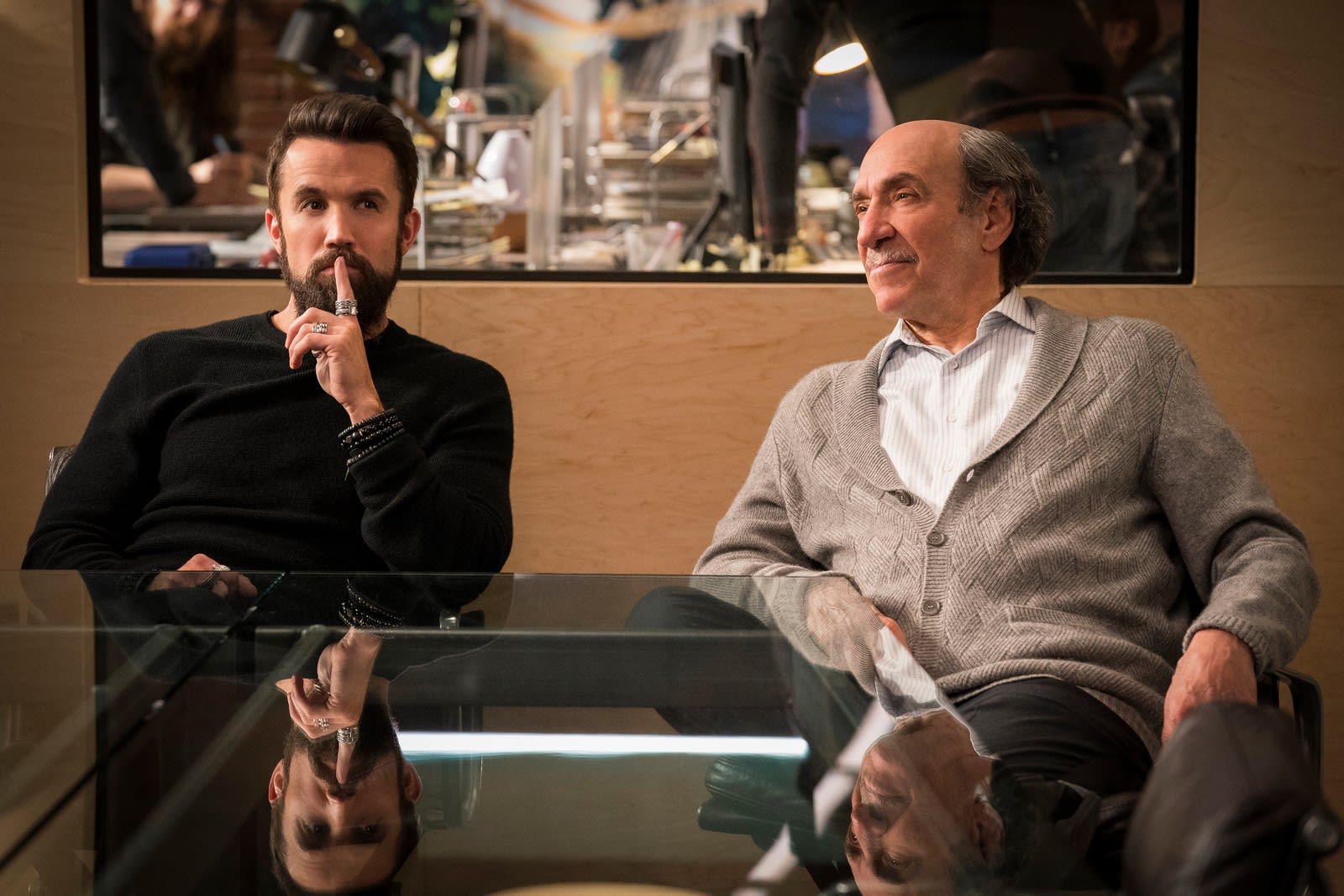 There's also room for McElhenney and crew to change up Mythic Quest's formula. One self-contained episode in the middle of the first season is a moving tale of love and the pursuit of artistic truth in the face of the realities of commerce. It's such a departure from the main series and the structure of a workplace comedy that I honestly wish the series were more like that. I just hope we see some of those characters (who are played by recognizable sitcom faces) in season two, which Apple has already greenlit.

At its best, Mythic Quest reminds me of AMC's criminally under-seen Halt and Catch Fire. That show started out as an exploration of the PC revolution in the '80s but later morphed into a thrilling retelling of BBS platforms, online connectivity and computer games. (If you're interested in any of these things, by the way, check out all of Halt and Catch Fire on Netflix!) Mythic Quest doesn't quite reach the dramatic heights of that show and it isn't as densely funny as Silicon Valley, but it's still a milestone for gaming culture.