When Silicon Valley premiered in 2014, it came out swinging as the Office Space of our time: a hilarious and sometimes all-too-real reflection of a tech industry high on its own supply. Over the past five years, the show, created by Mike Judge (Office Space, King of the Hill) and Alex Berg (Barry), lampooned everything from VC Peter Thiel's curious interest in young-blood transfusions to the smugness of Tesla owners. And it did so while weaving a dense (if often crude) tapestry of humor. Who could forget the legendary -- and mathematically sound -- dick-joke algorithm from the first season's finale?

Spoilers for the final season of Silicon Valley ahead.

From the start, Silicon Valley's core group was your archetypal bunch of tech types: Richard (Thomas Middleditch), the brilliant but awkward coder; Dinesh (Kumail Nanjiani), the capable Pakistani immigrant with something to prove; Jared, the eager-to-please operations guy; and Gilfoyle, the libertarian Satan worshiper. Their combined talents, though, formed Pied Piper, a startup developing a groundbreaking compression algorithm and later, a nearly flawless peer-to-peer (P2P) networking platform. It's all tech-bro wish fulfillment, but Pied Piper also had an independent streak, one that prioritized its users and the well-being of the industry over selling out. It's the sort of scrappy startup I'd jump at the chance to cover.

While Silicon Valley's plot sometimes struggled to keep pace with the increasing absurdity of tech's stranglehold on our lives -- we now willingly invite audio-surveillance devices into our homes, and Facebook still owes us answers for the 2016 election -- the show still served a vital satirical purpose. And now that it's over, there isn't much else to replace it. Saying goodbye to the Pied Piper gang feels more meaningful than most comedy finales. We're losing not only these characters but also a clear-eyed look at an industry that threw insane amounts of money at questionable companies like Juicero, Theranos and WeWork. 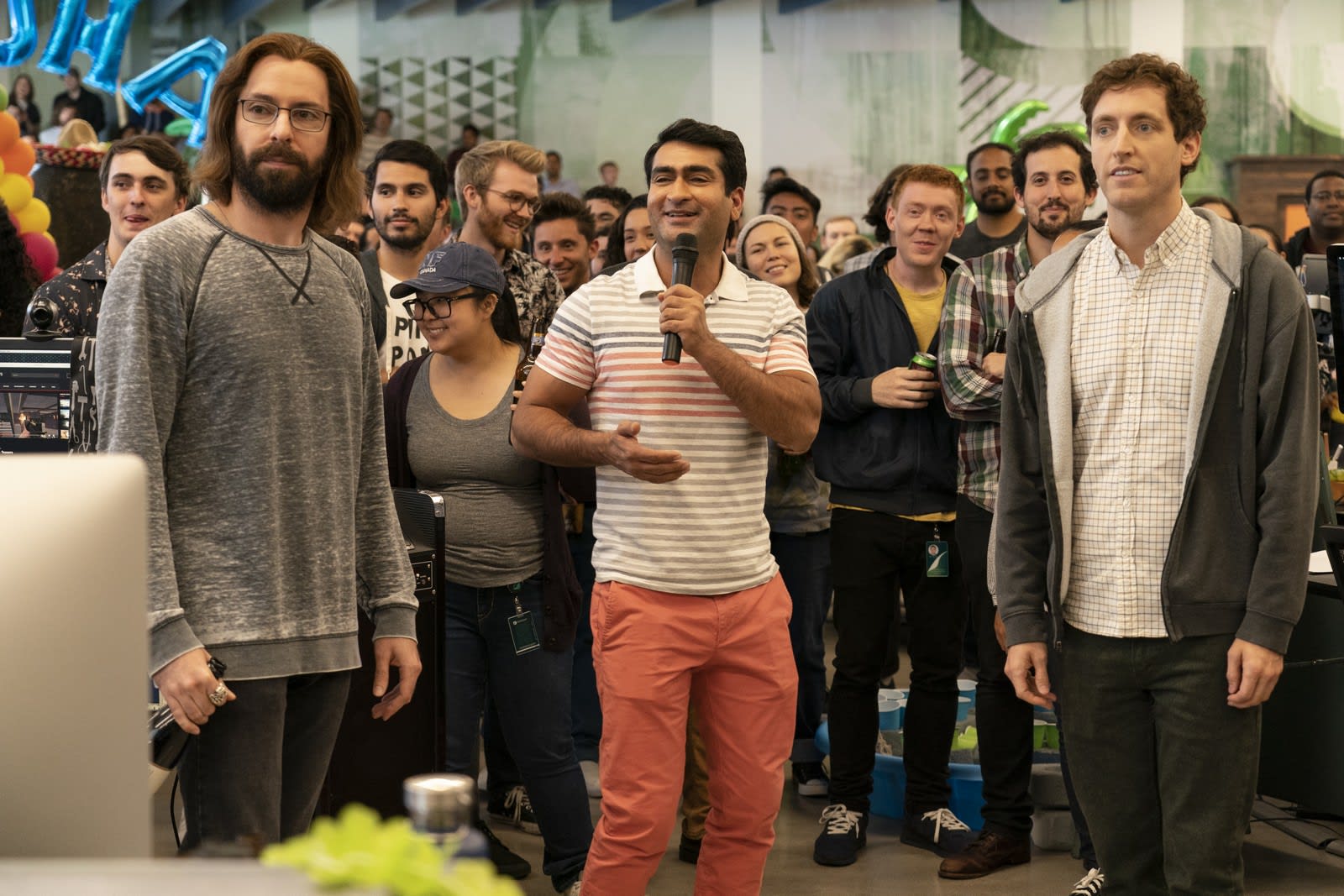 Sure, Black Mirror is still around, but its brand of commentary isn't exactly fun or always satirical (and I'd argue it's also struggling to find relevant things to say). It's easier to find shows and movies being critical of tech today compared to when Silicon Valley premiered, but there's still nothing as laser-focused on the industry. Comedy Central's Corporate is one of the best shows currently on the air, and while it's mainly focused on the unending ennui of modern office life, so much of that is rooted in how technology is making us miserable. (I suggest starting with the episode "The PowerPoint of Death," where a single presentation has the power to land a juicy CIA war-supply contract.)

Even media aimed at kids can't help but say something about our online existence. Look at Ralph Breaks the Internet. The original Wreck-It Ralph was about the final days of a vintage gaming arcade, but the sequel manages to directly reflect the online world kids are dealing with today.

What I'll miss is the casually brutal way Silicon Valley deconstructed an industry ripe for mocking. Gavin Belson (Matt Ross), the Lex Luthor to Pied Piper's tech heroes, starts out as the all-powerful CEO of a Google-esque company named Hooli. But he's quickly revealed to be an insecure man-child who has no issue with stealing Pied Piper's innovations, because he has no original thoughts of his own. (Belson's entourage includes a guru who only tells him what wants to hear, which reminds me of so many tech CEOs' finding solace in Eastern philosophy.) 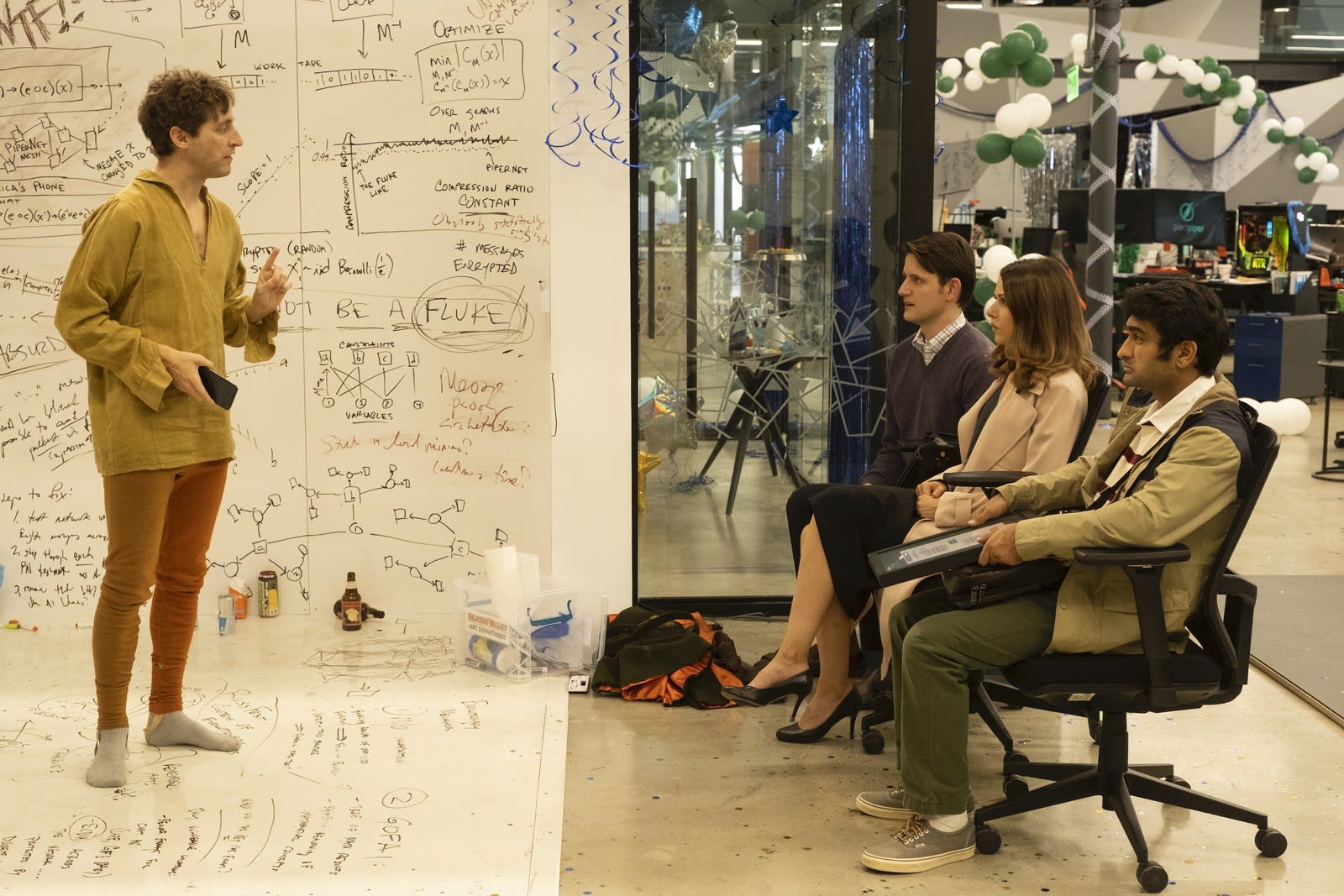 As much as I love the show, it wasn't perfect. In particular, it never found much to say about racial and gender discrimination in tech, an issue the entire industry is still struggling to deal with. It'd be nice to see a similarly smart and vicious comedy focused on people you might not expect to find in every single startup.

Silicon Valley's final season, fittingly enough, begins at a congressional hearing. Richard is grilled about Pied Piper's data-collection practices over its proposed P2P network. In typical awkward hero geek fashion, he makes a fool of himself while making a noble proclamation: His company will never sell user data. Today, that's something Apple is also declaring, in a bid to differentiate itself from Google, Facebook and pretty much every other big tech company out there. Just a few days before the Silicon Valley premiere, Mark Zuckerberg was grilled by Congress over the Libra digital currency, where he once again failed to engender any trust in a single word coming out of his mouth.

Privacy, and the need to use tech for good, was the driving force behind Silicon Valley throughout the season. Richard eventually learns that one of his employees is harvesting vast amounts of user data, including voice recordings from gaming headsets. And when a Chilean investor offers $1 billion for 10 percent of Pied Piper because of its data-collection capabilities (valuing the company at $10 billion), the moral conundrum seems insurmountable. It's hard to imagine many tech founders rejecting an offer like that today. 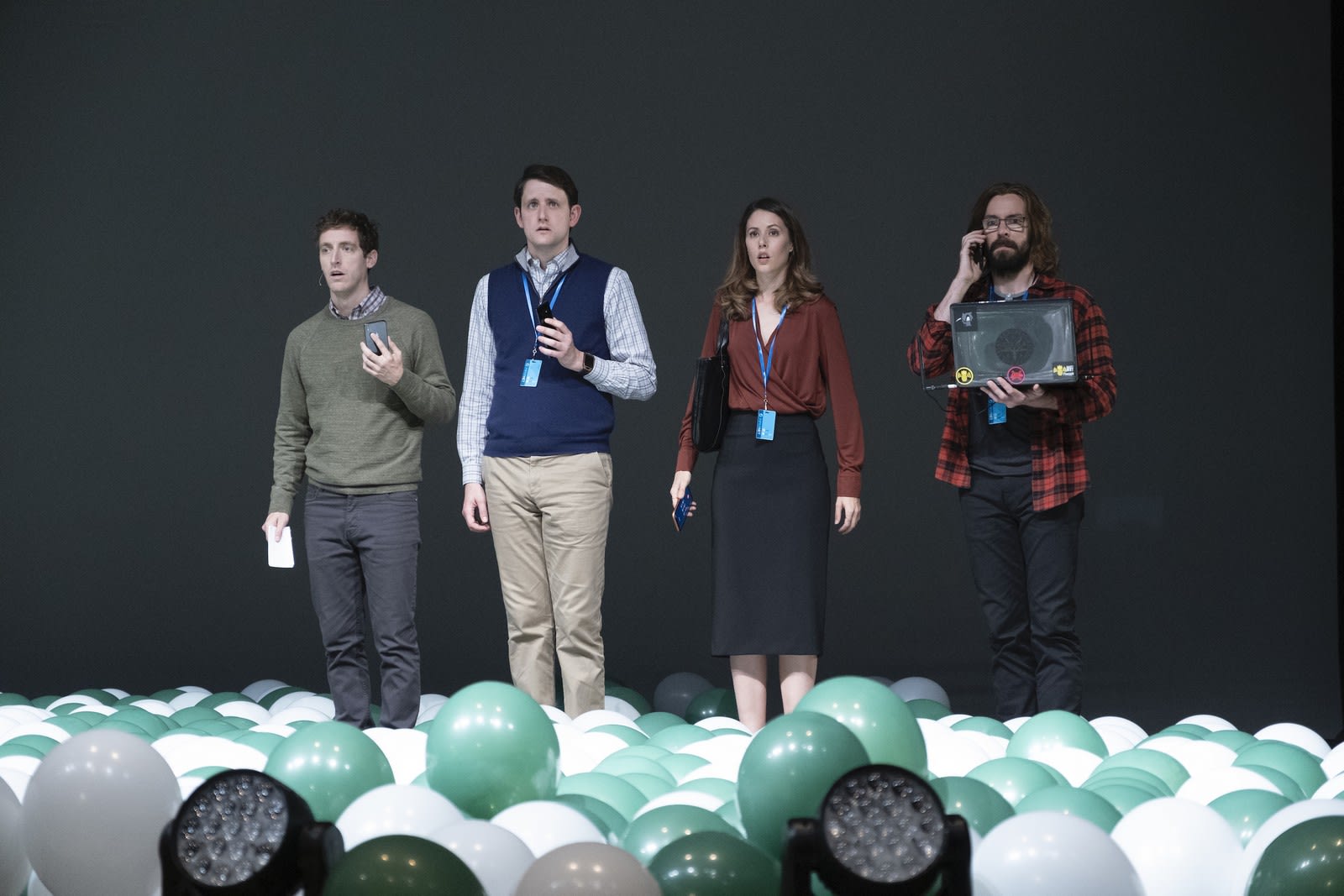 While Richard ends up turning down the money, it's not long before he faces an even bigger dilemma. In the series' finale, the Pied Piper team discovers that its AI solution for optimizing the P2P network has also broken several strong encryption solutions. If it launches, it could basically kill cybersecurity around the world, a literal encryption apocalypse. So on the verge of finding true success, the team decides to kill its creation for the greater good. It's a hopeful ending that, sadly, doesn't seem particularly realistic. In a tech culture that's addicted to huge valuations and ever-growing engagement statistics, Pied Piper's noble death seems like an aspirational fantasy.