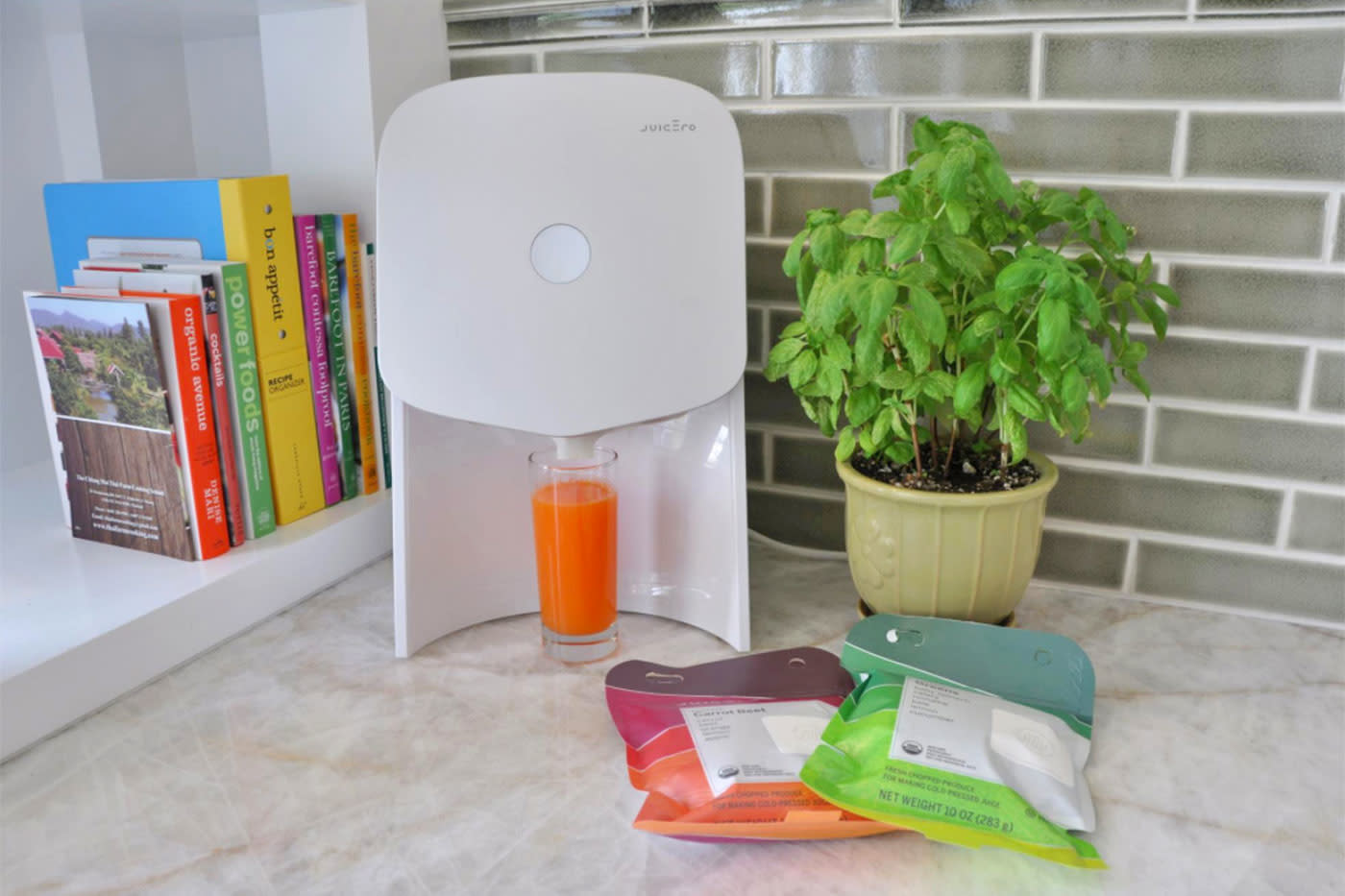 Juicero -- the company that shot to notoriety last year for selling an overpriced, overly complicated juicer -- is closing up shop. The company is immediately suspending sales of its Juicero Press and Produce Packs, and is offering refunds for the next 90 days. Anyone looking to get their money back should hit up help@juicero.com by December 1st.

Juicero hit the market in March 2016 for $700, promising to provide fresh, cold juice from a connected Press. However, the price dropped to $400 in January as folks realized the Produce Packs, which contained cut-up fruits and vegetables, were just as easily squeezed by hand, no Juicero Press required. The company offered up refunds for a limited time to ease that scandal, but in the end, it simply wasn't able to make the Press profitable.

"It became clear that creating an effective manufacturing and distribution system for a nationwide customer base requires infrastructure that we cannot achieve on our own as a standalone business," the company's website reads. "We are confident that to truly have the long-term impact we want to make, we need to focus on finding an acquirer with an existing national fresh food supply chain who can carry forward the Juicero mission."

Juicero is shutting down. Turns out, you can just squeeze fruits and vegetables for free.

In this article: food and drink, food-and-drink, foodanddrink, gadgetry, gadgets, gear, home, juice, juicero, hidden:vv_16x09:c43eae0a-710b-3a35-b8fb-f42b03af1d80
All products recommended by Engadget are selected by our editorial team, independent of our parent company. Some of our stories include affiliate links. If you buy something through one of these links, we may earn an affiliate commission.