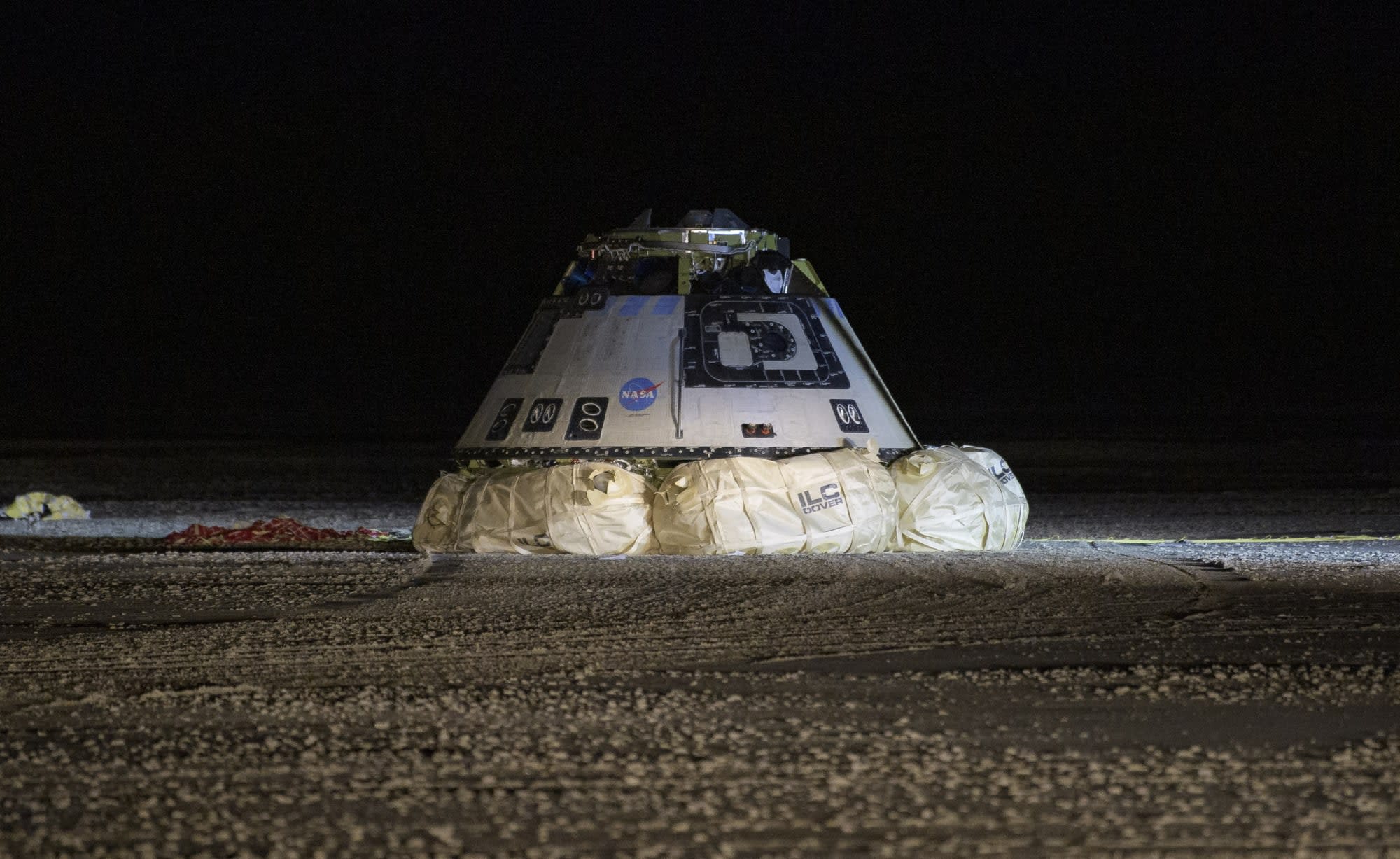 Boeing just can't catch a break. Currently amid a lengthy controversy surrounding the company's grounded 737 Max aircraft, the aerospace manufacturer is now facing scrutiny from NASA. Boeing's CST-100 Starliner crew capsule was supposed to dock with the International Space Station during its inaugural test flight in December. However, a software error prevented the craft from reaching the correct orbit. Now, a second -- and more dangerous -- glitch has been uncovered. According to SpaceNews, NASA Aerospace Safety Advisory Panel member Paul Hill said, "...if it had gone uncorrected, it would have led to erroneous thruster firings and uncontrolled motion...with the potential for a catastrophic spacecraft failure," during a teleconference. Boeing and NASA were hoping to follow up December's test with a manned flight, but after finding multiple problems with Boeing's work, the space agency is calling for a review of the company's software verification processes before proceeding.

NASA and Boeing are still investigating the first software error -- which caused the craft to fire some of its thrusters too late and burn too much fuel -- and are now trying to better understand the second glitch. These multiple issues warrant a deeper review, according to Hill. "The panel has a larger concern with the rigor of Boeing's verification processes. Further, with confidence at risk for a spacecraft that is intended to carry humans in space, the panel recommends an even broader Boeing assessment of, and corrective actions in, Boeing's [systems engineering and integration] processes and verification testing." Boeing says that it has accepted the suggestion and will coordinate with NASA, as well as take a $410 million charge against its earnings to help pay for a second unmanned test flight. The two organizations will decide on whether or not to actually conduct this second test by the end of February.

NASA was planning to use Boeing's Starliner in a manned mission in December 2020, but it's likely that the timeline has shifted in light of the pending review. It also wouldn't be surprising if the ongoing concerns with the company's 737 MAX impacted NASA's decision to look deeper into the contractor's practices. How these issues will affect Boeing as a company remain to be seen.

In this article: boeing, boeing starliner, CST-100, iss, nasa, space, space capsule, spacecraft, spaceflight, Starliner, tomorrow
All products recommended by Engadget are selected by our editorial team, independent of our parent company. Some of our stories include affiliate links. If you buy something through one of these links, we may earn an affiliate commission.