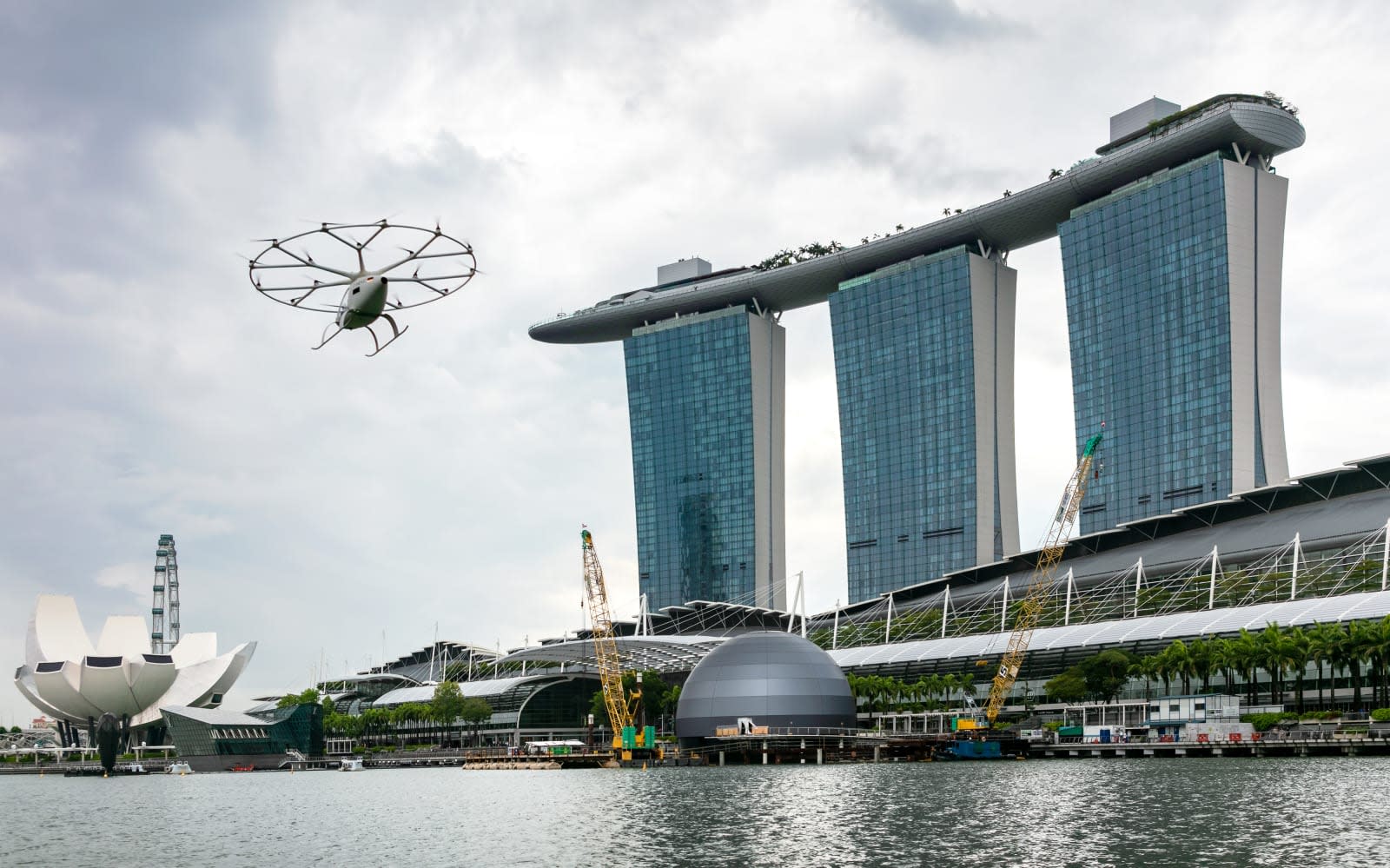 Volocopter is preparing for a feasibility study that will determine the best cities and routes for air taxis in Southeast Asia and evaluate different air taxi use cases. This next step is part of a Memorandum of Understanding (MOU) necessary for Volocopter to bring commercial air taxis to the region.

In 2018, Volocopter said it planned to fly autonomous air taxis within five years. So far, its electric vertical take-off and landing (eVTOL) vehicles have taken flight in Dubai, Helsinki, Las Vegas, Stuttgart and Singapore, where Volocopter recently opened offices. The company has also proven that its eVTOLs can integrate with manned and unmanned air traffic control.

For the upcoming feasibility test, Volocopter will partner with Grab, an app used in Southeast Asia for ride-hailing, food delivery and cashless payments. In a press release, Volocopter said the study could lay the groundwork for future collaboration between the two companies, which may include air-taxi services.

"Together, we will learn from unprecedented insights into the economic and societal opportunity of launching our services on the hottest routes in the Southeast Asian Market," said Volocopter CEO Florian Reuter. "This collaboration also offers the potential for a much larger cooperation which could eventually extend intermodal mobility to the skies."

In this article: air taxi, business, evtol, feasibility study, flying taxi, gear, grab, routes, singapore, southeast asia, study, tomorrow, transportation, Volocopter
All products recommended by Engadget are selected by our editorial team, independent of our parent company. Some of our stories include affiliate links. If you buy something through one of these links, we may earn an affiliate commission.