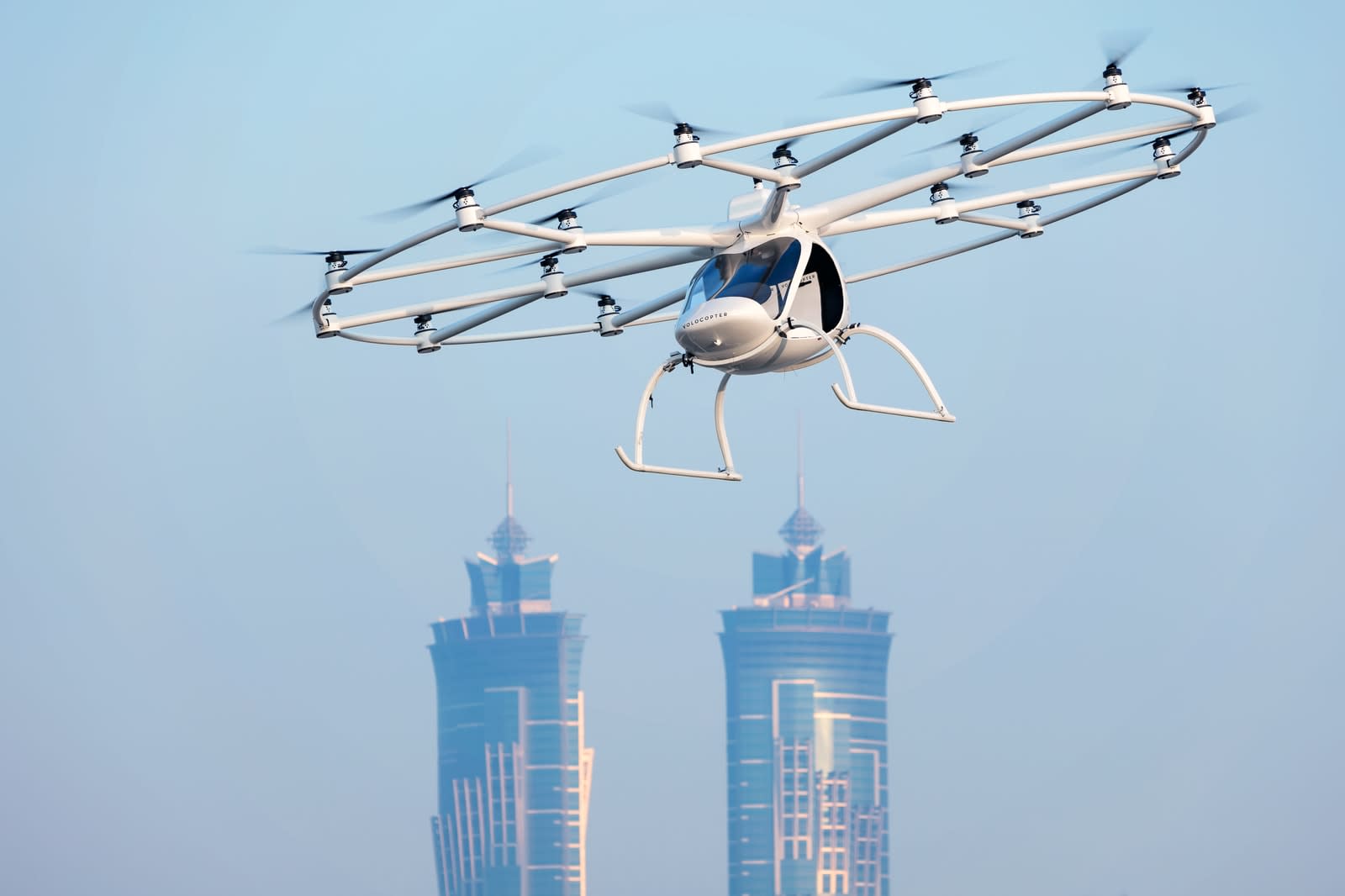 Volocopter is preparing to run inner-city tests of its autonomous air taxis in Singapore, starting in the second half of 2019. The company and the city-state's civil aviation authority are determining the scope of the tests, which Volocopter plans to conclude with public demo flights.

The vertical take-off and landing (VTOL) vehicles look like a cross between a helicopter and a drone, and have 18 rotors working to get you from one place to another. Volocopter claims its machine can fly two people up to 30 kilometers, while it can account for micro turbulences close to skyscrapers to keep your rides smooth.

"We are getting ready to start implementing the first fixed routes in cities," Volocopter CEO Florian Reuter said in a press release. "Singapore is a logical partner: The city is a true pioneer in technology and city development. We are confident this is another exciting step to make air taxi services a reality."

Volocopter is already testing the flying taxi in Germany, where it has held a preliminary permit since 2016 and run some public flights. It also completed an autonomous flight in Dubai last year. If the Singapore tests go well, the technology progresses as planned and the company can get regulators on board, you could be hopping into a Volocopter for your commute in about five years.

Of course, Volocopter is not the only company working on autonomous flying taxis. Uber aims to deploy such cabs within the next few years, while Kitty Hawk, which is backed by Google co-founder Larry Page, revealed its Cora vehicle earlier this year.

In this article: airtaxi, autnomous, business, gadgetry, gadgets, gear, services, singapore, test, tomorrow, transportation, volocopter
All products recommended by Engadget are selected by our editorial team, independent of our parent company. Some of our stories include affiliate links. If you buy something through one of these links, we may earn an affiliate commission.