Plus desktop updates to Content-Aware Fill and Lens Blur.

Photoshop turns 30 today, and Adobe is celebrating with some worthwhile updates to the photo-editing app on both the desktop and iPad. The company has been focused on improving that tablet app as quickly as possible since it launched in November. After over a year of hyping Photoshop on iPad, the software had very limited features when it reached the masses a few months ago. Adobe was quick to address concerns with a detailed roadmap, but it was clear adding new items would take time. The company brought the AI-powered Select Subject tool from the desktop to iPad in December, and today it's adding a couple more notable features.

First, iPad users can leverage another Sensei-powered tool: Object Selection. This particular feature was only added to the desktop app in November and the company worked quickly to bring it to the mobile version. Essentially, Adobe's AI and machine learning will automatically make a selection for you beyond just the main subject. If you don't have time to use the Magic Wand, Lasso or other selection method, Photoshop can do the (often time consuming) heavy lifting for you. Select Subject is handy when there's a primary person or object in an image, but Object Selection will offer something similar for more complex files.

Once you pick the Object Selection tool, you simply draw a rectangle or lasso around the area you need to select. Photoshop will find the "primary objects" in the highlighted area. You can also add to the selection by continuing to lasso other parts of an image.

Adobe added type settings to Photoshop on iPad, too. The company says "many of the typographic controls" from the desktop version are part of the update. Those include type layer, character and options properties. This means you can adjust things like tracking, leading, scaling and formatting (all/small camps, super/subscript, etc,). Kerning, a key typographic adjustment for designers, won't be available until a "future release."

On the desktop side, the main update is to Content-Aware Fill. Specifically, Adobe has expanded the workspace for that feature to give you more control over how it works. You can now make multiple selections for multiple fills -- or refine those selections -- without leaving the Content-Aware Fill window. There's also an apply button so you can see the results before you move on. Content-Aware Fill now samples all layers inside of this workspace, which should save you some clicks and speed up your workflow when editing and compositing.

Adobe is also releasing updates to Lens Blur on the desktop. First, it now tasks the GPU instead of the CPU with running the tool to improve "output quality and performance." The company says this provides more realistic results even though the blur is created artificially inside the app. By creating an algorithm based on how light interacts with objects in real life, Adobe researchers created a feature that simulates 3D space as realistically as possible using the least amount of computing power. "Lots of research and iteration occurred to make the feature," product manger Pam Clark explained. "Several PhDs were involved." 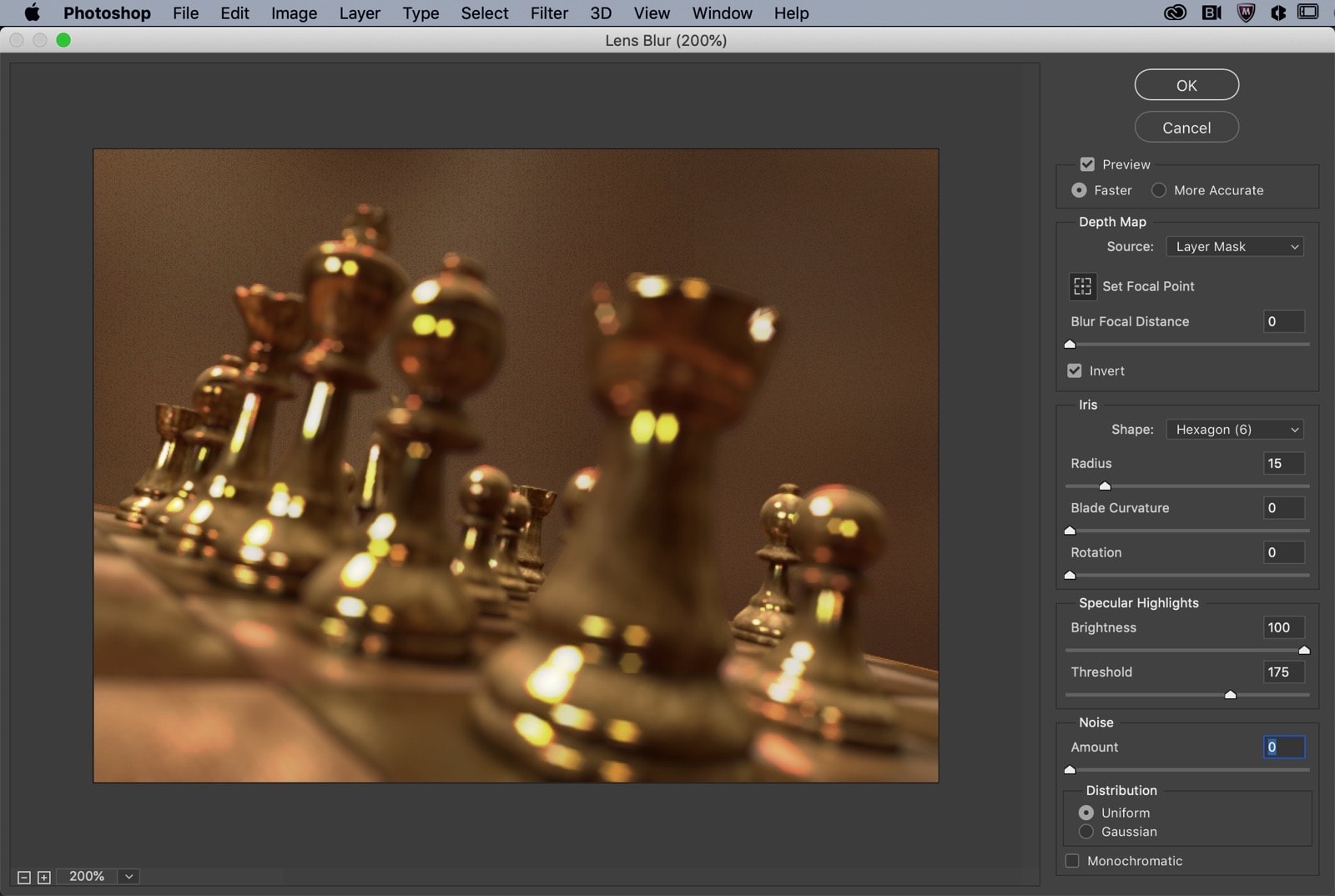 Speaking of performance, Adobe says it made things like panning and zooming smoother and more responsive. Ditto for using the hand tool to move around the canvas on large documents. Basically, when you're making your way in, out and around Photoshop files, things should seem "more buttery" and less jittery as you navigate with your mouse or stylus.

All of these updates for Photoshop on iPad and desktop are rolling out now.