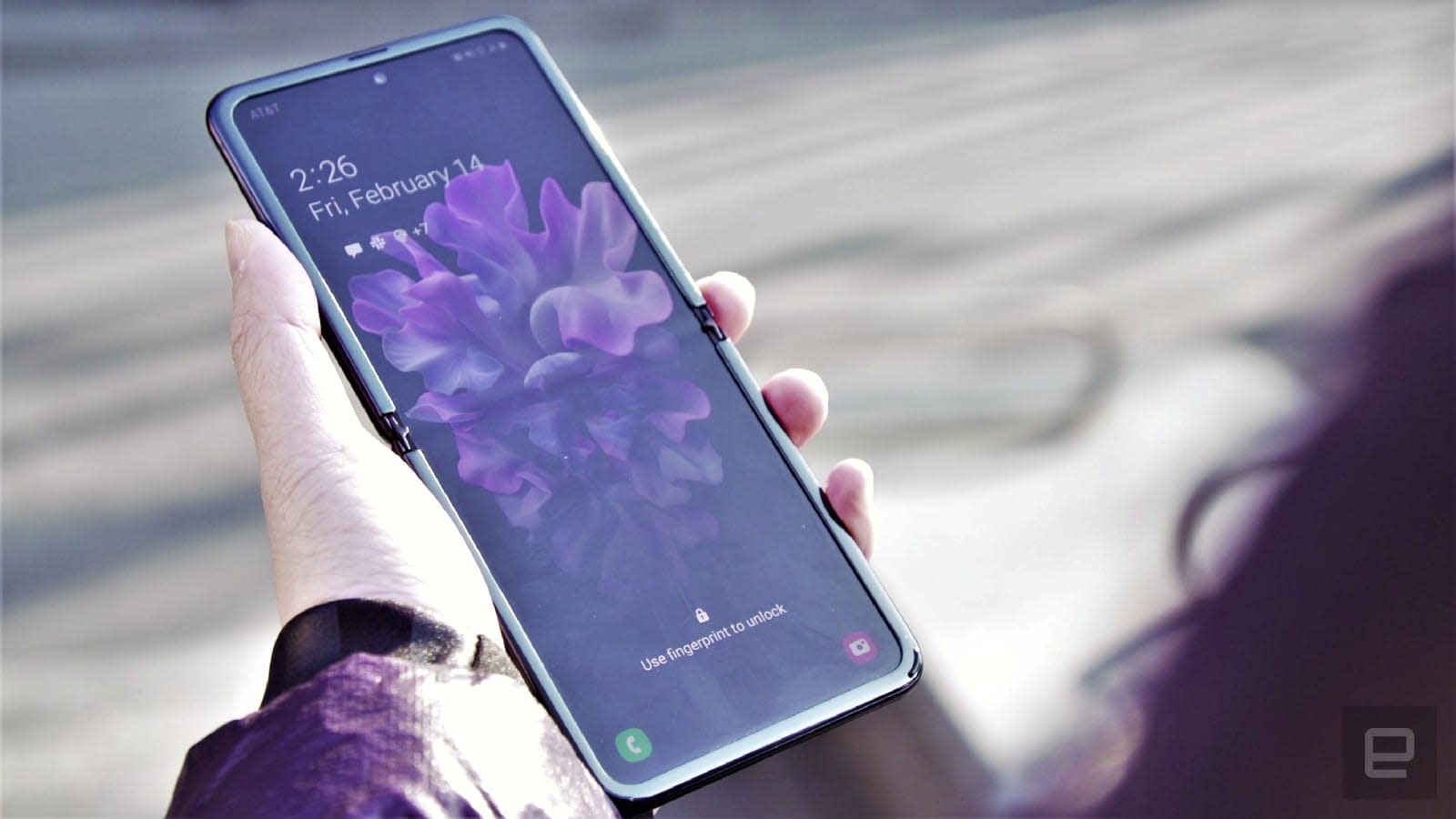 Now that the Galaxy Z Flip is available to buy, Samsung plans to sell the phone's signature foldable glass screen to other manufacturers. The screen will carry the same ultra-thin glass (UTG) branding as of the Galaxy Z Flip's "cover window," with Samsung marketing the product as "tough, yet tender."

While Samsung didn't say if it has any customers lined up to purchase the display, it's likely the move will lead to more foldable display phones in the future. Whether you'll want to buy one of those phones is a separate question. Although the Galaxy Z Flip's screen doesn't scratch and crease as easily as the Galaxy Fold's polymer display, there have been reports that it's not significantly more durable. In particular, Zack Nelson of JerryRigEverything fame questioned whether the screen's top layer is made of glass. Nelson found he could scratch the Galaxy Z Flip's display with his fingernail just as easily as the screens of the Galaxy Fold and Motorola Razr.

At the moment, Samsung doesn't have much competition in the field, but that could change relatively quickly. Last year, Gorilla Glass-maker Corning told Wired it was developing a 0.1-millimeter thick glass cover that could bend to a 5-millimeter radius without sacrificing strength and durability. It also said that companies like Japan's AGC were working on similar technologies.

In this article: display, displays, foldable, foldable phone, Galaxy Z Flip, gear, mobile, samsung, smartphone, Ultra-thin glass, UTG
All products recommended by Engadget are selected by our editorial team, independent of our parent company. Some of our stories include affiliate links. If you buy something through one of these links, we may earn an affiliate commission.