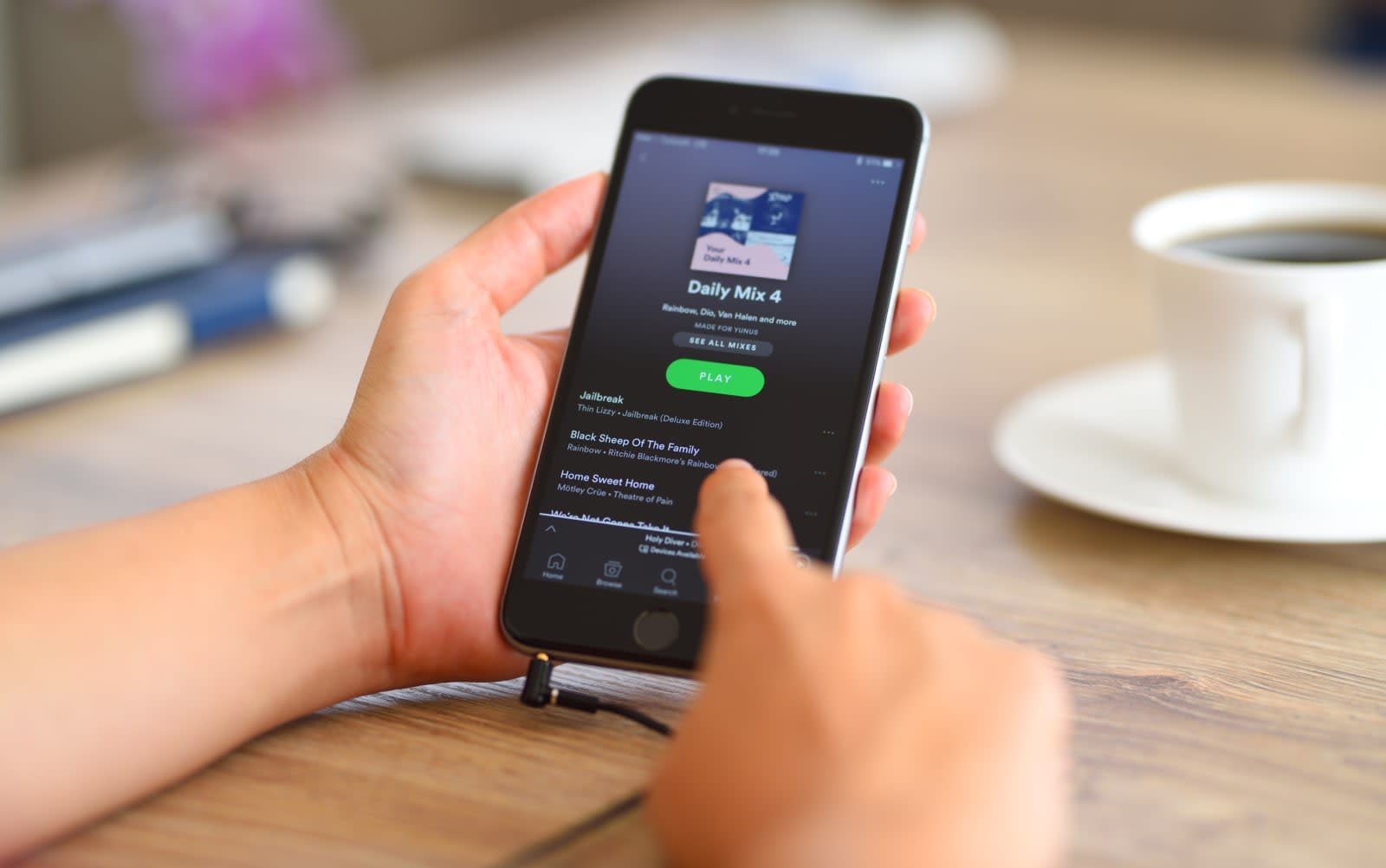 Spotify might be adding real-time lyrics to its app, again. Dozens of Twitter users around the world have reported that lyrics are now popping up as they listen to Spotify. A user with beta 8.5.46.848 confirmed the feature to Android Police. But, this seems to be server-side enabled, as not all users with that beta can see the lyrics.

Spotify is a little late to the party. In June, Instagram made it possible to add lyrics to Stories, and in September, Apple added real-time lyrics to Music.

But this isn't Spotify's first karaoke. The lyrics showing up today are provided through Musixmatch, the same company Spotify partnered with to deliver lyrics in the past. In 2016, the companies ended their partnership.

"It was a great partnership and there is mutual respect between both companies as our business strategies move us each in different directions," a Spotify spokesperson told Engadget at the time. It's unclear what changed, but hopefully this time around the partnership will last.

"At Spotify, we routinely conduct a number of tests in an effort to improve our user experience. Some of those tests end up paving the way for our broader user experience and others serve only as an important learning. We don't have any further news to share at this time."

In this article: app, av, entertainment, feature, gear, lyrics, mobile, musixmatch, real-time, spotify, testing
All products recommended by Engadget are selected by our editorial team, independent of our parent company. Some of our stories include affiliate links. If you buy something through one of these links, we may earn an affiliate commission.