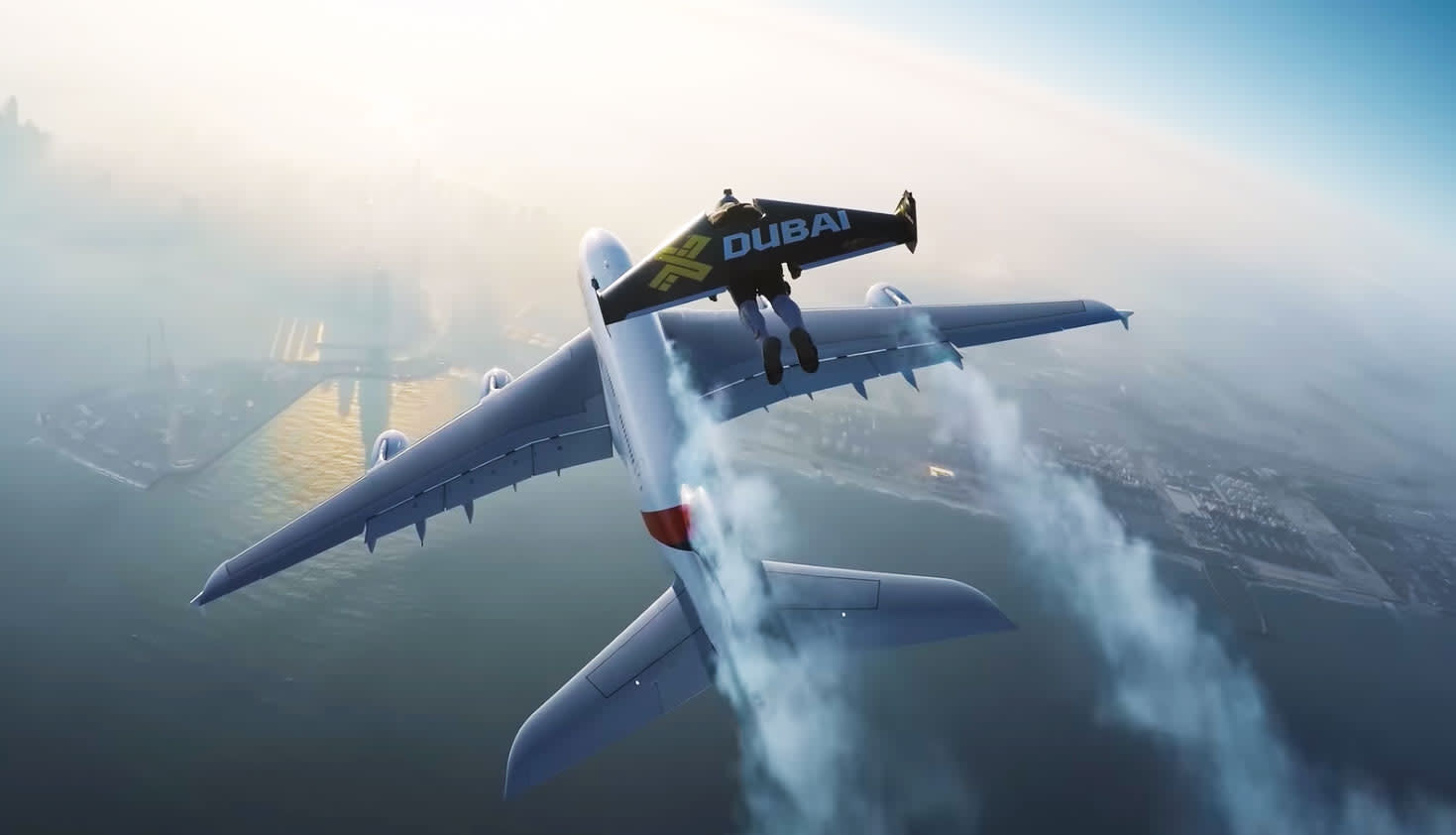 Is it a bird? Is it a plane? No, it's Jetman Dubai's latest aeronautical achievement in a jet-powered wingsuit. The team says it's reached a major milestone with its Iron Man-like jet suit, flying nearly 6,000 feet in altitude from a standing start and working hovers, turns and maneuvers into the mix, too.

The feat was accomplished last Friday, when Jetman pilot Vince Reffett (protégé of well-known jet daredevil Yves Rossy) took to the skies from the runway of Skydive Dubai, marking the first time Jetman pilots have taken off from the ground, instead of an elevated platform. Reffett traveled at an average speed of nearly 150mph and hit top altitude in just 30 seconds. He used a parachute to land safely on the ground after a flight of around three minutes.

According to the Jetman team, its next goal is to stage a safe landing without the need of a parachute, but even getting to this juncture involved a lot of work. Reffett undertook at least 50 prep flights and practiced over 100 takeoffs and landings with a safety system in place to make sure things went right.

"We are so happy we achieved this incredible flight," Reffett said in a statement. "It's the result of extremely thorough teamwork, where each small step generated huge results. Everything was planned to the split second, and I was overjoyed by the progress that was achieved."

In this article: air, altitude, gadgetry, gadgets, gear, jet, Jetman Dubai, tomorrow, transportation, Vince Reffett, wingsuit, Yves Rossy
All products recommended by Engadget are selected by our editorial team, independent of our parent company. Some of our stories include affiliate links. If you buy something through one of these links, we may earn an affiliate commission.