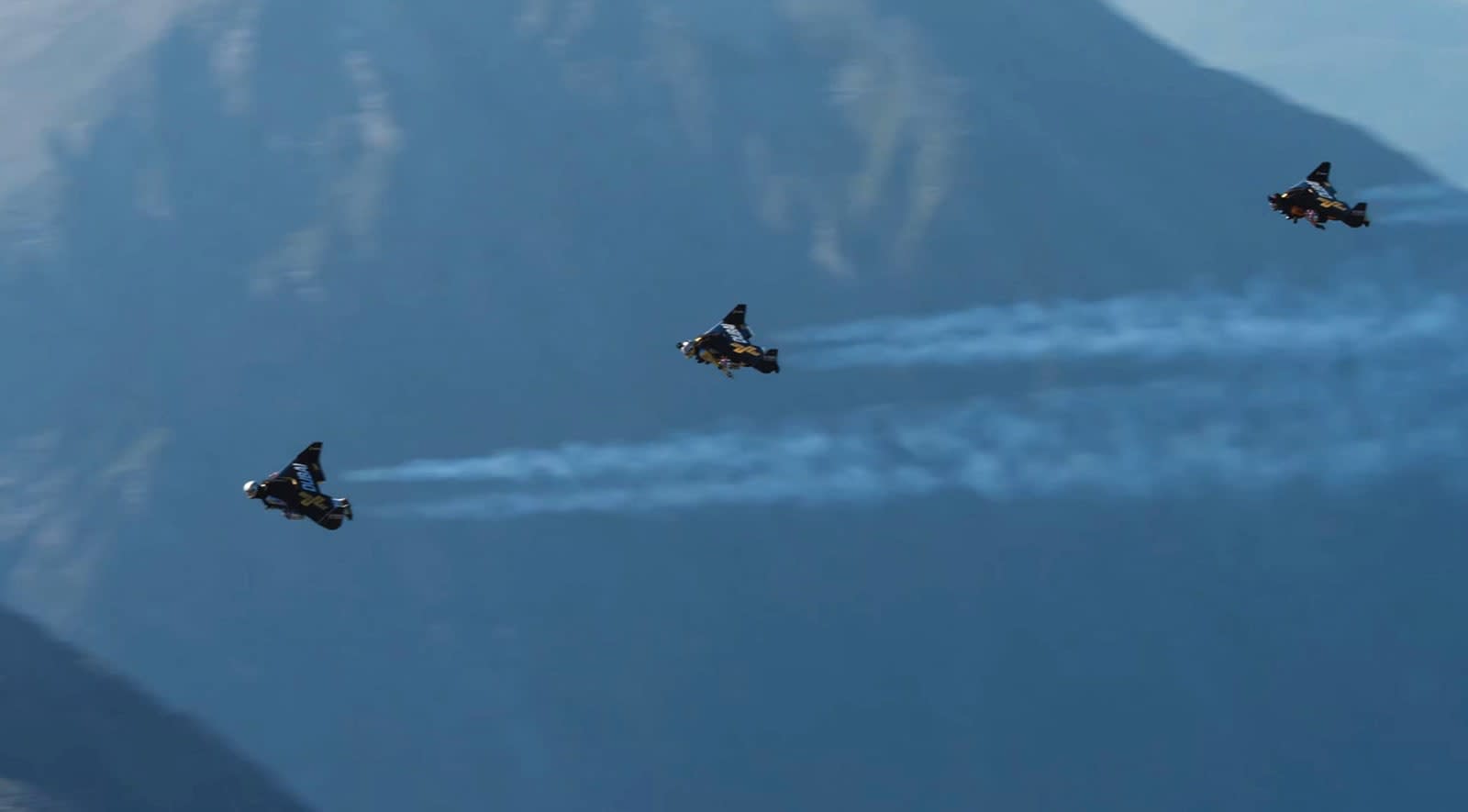 Iron Man might make flying look easy, but strapping on a jetpack and wings ranks as one of the more dangerous things you could ever try. Jetman Yves Rossy and his two protégés (Fred Fugen and Vince Reffet) are bringing you closer to that action with the launch of a documentary called Loft: The Jetman Story.

In a teaser trailer for the film, produced in collaboration with XDubai, the trio show off some formation flying through the Fjords of Norway. It demonstrates the extreme risk ("if something goes wrong you have to react fast," says Reffet) along with some pretty incredible high-speed visuals. You also get to see the first time the team has launched from a ground-based platform, albeit a high ramp in the mountains, rather than the helicopters or planes they usually use.

The team has performed some terrifying stunts before, flirting with an Airbus A380 super jumbo jet and over landmarks like the Burj Khalifa. They call it the "first step towards autonomous flight," though autonomous in this sense seems to mean personal, rather than computer control. The documentary is currently in production, with the film itself "coming soon," according to the team's website.

In this article: AutonomousHumanFlight, av, entertainment, Jetpack, LoftTheJetmanStory, Stunts, TL18JTPK, video, XDubai
All products recommended by Engadget are selected by our editorial team, independent of our parent company. Some of our stories include affiliate links. If you buy something through one of these links, we may earn an affiliate commission.