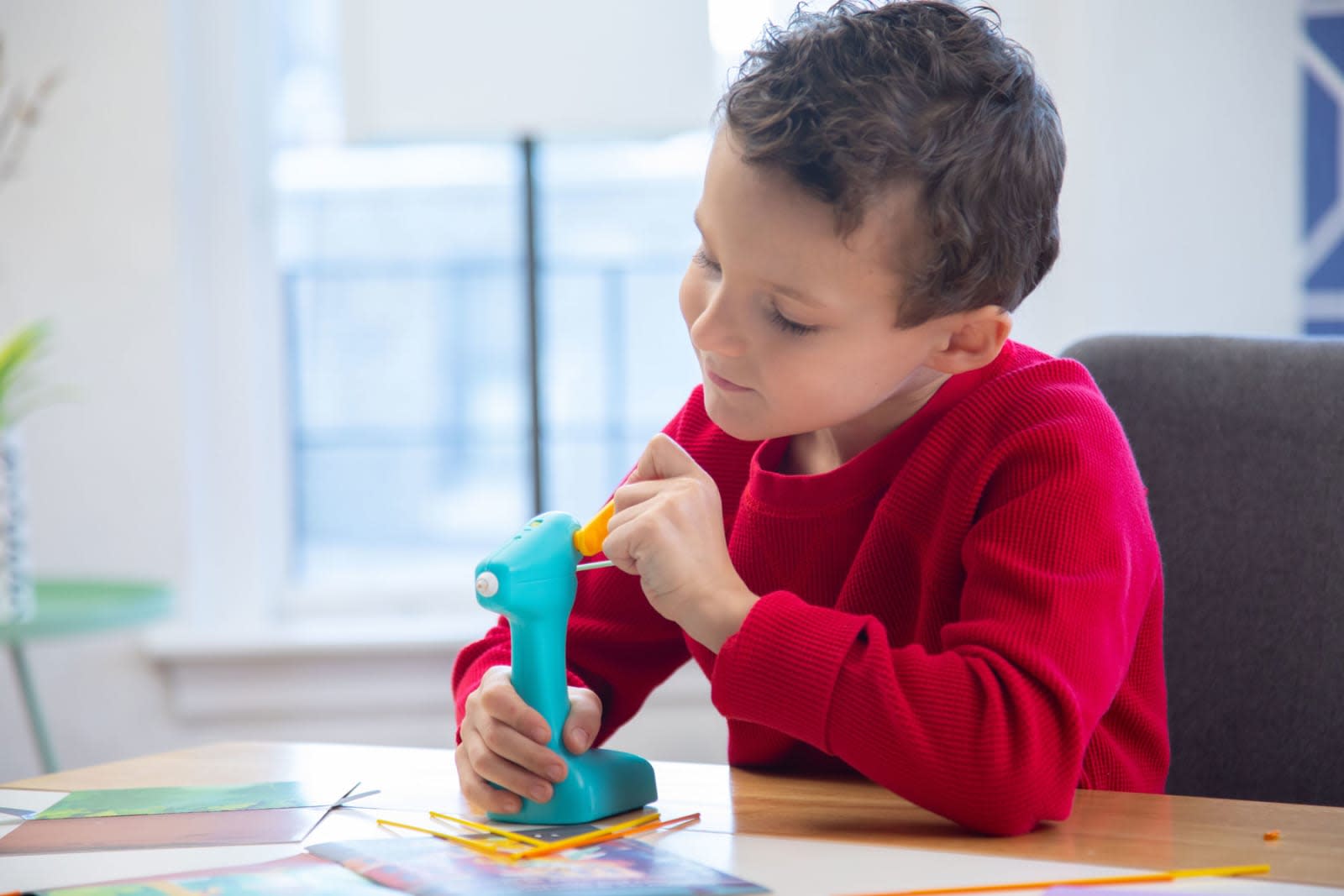 3Doodler makes pens that shoot out lines of hot plastic, allowing you to make freeform 3D-prints without the hassle of learning how to use a dedicated printer. It already has products for the school and education markets, but now it's targeting an even younger group: preschoolers. The 3Doodler 3D Build and Play is a chunky gun-shaped device with a nozzle and trigger, as well as a turning handle.

The device itself carries three AA batteries, and heats the plastic only when the user begins to turn the crank. Rather than allowing users to create any shape they want, they're encouraged to pump the non-toxic, biodegradeable plastic -- the same as on 3Doodler's other kid-friendly products -- into molds. These make characters that can take part in stories, guiding them "to the city and back," and then on to new adventures afterward.

Since it's designed to be used by children as young as four, it's designed to be safe and encourage the development of fine motor skills. It's also pretty affordable, priced at $29.99, when it arrives at some point in the second quarter of the year.

In this article: 3D Printing, 3Doodler, art, Build and Play, gadgetry, gadgets, gear, toy fair, toy fair 2020, toyfair2020
All products recommended by Engadget are selected by our editorial team, independent of our parent company. Some of our stories include affiliate links. If you buy something through one of these links, we may earn an affiliate commission.