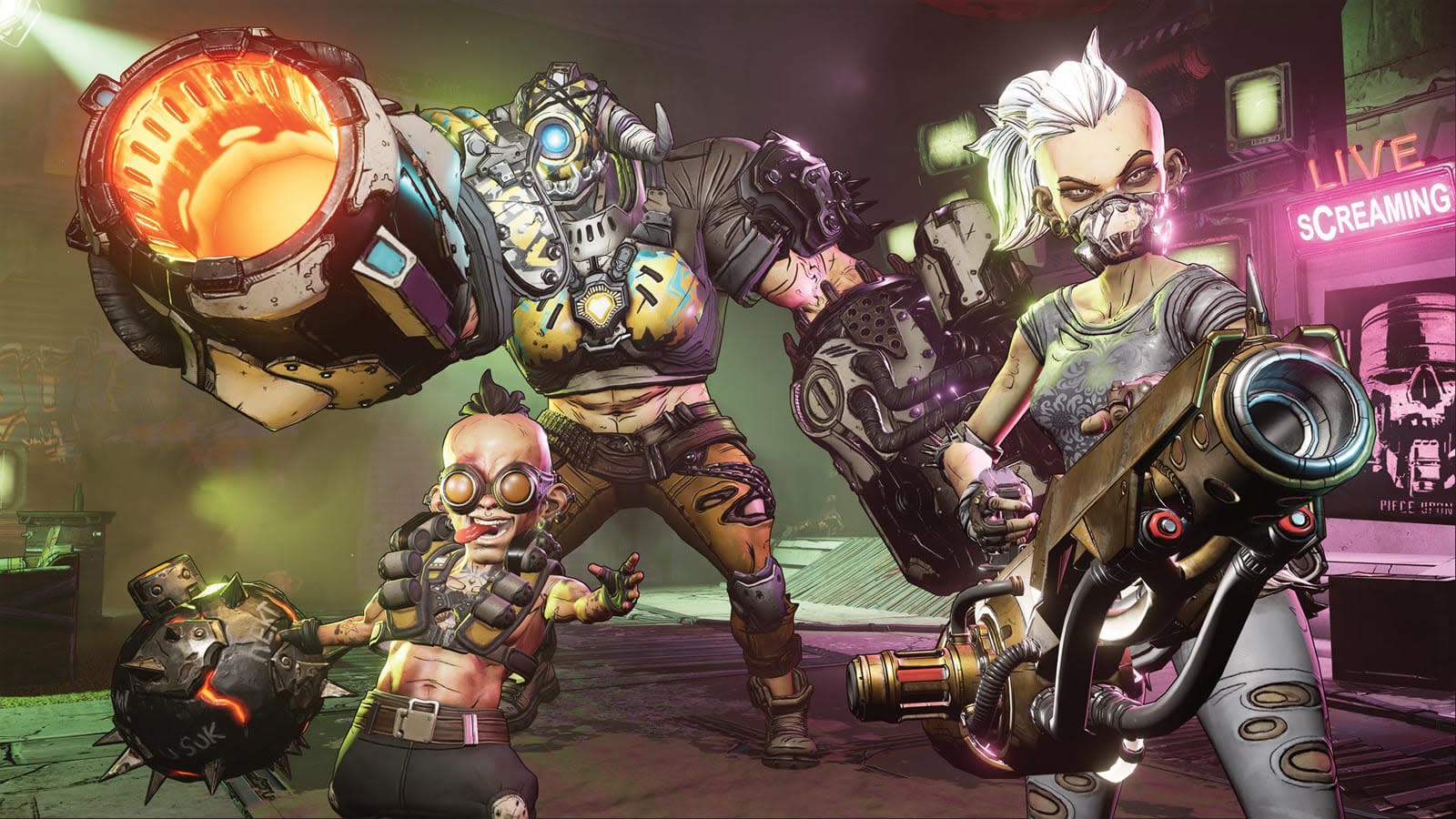 Uncharted won't be the only well-known game franchise receiving a movie adaptation in the near future. Lionsgate has revealed that Hostel director and Inglourious Basterds star Eli Roth will direct the Borderlands movie, with production starting later in 2020. Most of the details aren't known (including the basic plot), but Roth said he was happy with the script as well as the support from Gearbox CEO Randy Pitchford, who's also one of the executive producers alongside Take-Two chief Strauss Zelnick.

Avi and Ari Arad, best known for their work on Marvel titles like Iron Man and Spider-Man: Into the Spider-Verse, are producing. Chernobyl's Craig Mazin is responsible for the script.

Like the Uncharted movie, the big-screen Borderlands project has been in development hell for a long time. Work started on it in 2015, so it's long overdue for a director and a production window. It's not surprising that Lionsgate would give the go-ahead with major names attached, at least. While the anarchic sci-fi shooter franchise is frequently seen as an underdog compared to the likes of Call of Duty, it has a large audience with over 57 million copies sold in series history, at least 8 million of those for B3.

The real question is whether it can stay true to the spirit of the series while holding up as a movie. Borderlands is well-suited in some ways with its Mad Max-like setting, warped humor and memorable characters, but something tells us it wouldn't be much fun to watch the lead actors sift through randomly generated weapons.

In this article: av, borderlands, eli roth, entertainment, games, gaming, gearbox, gearbox software, lionsgate, movie, movies, video games
All products recommended by Engadget are selected by our editorial team, independent of our parent company. Some of our stories include affiliate links. If you buy something through one of these links, we may earn an affiliate commission.