'Borderlands 3' is a frenetic love letter to mayhem

This game takes the cell-shaded insanity of the first two and turns it up to 11.
A. Tarantola|06.12.19
@terrortola

Borderlands 3 will squeeze every last drop of endorphin from your pituitary gland. And that's before you reach the boss fight. I went hands-on with the latest iteration of Gearbox Software's frenetic first-person shooter RPG at E3 on Wednesday and walked away with an epiphany: Shut down the polls, this is 2019's game of the year. 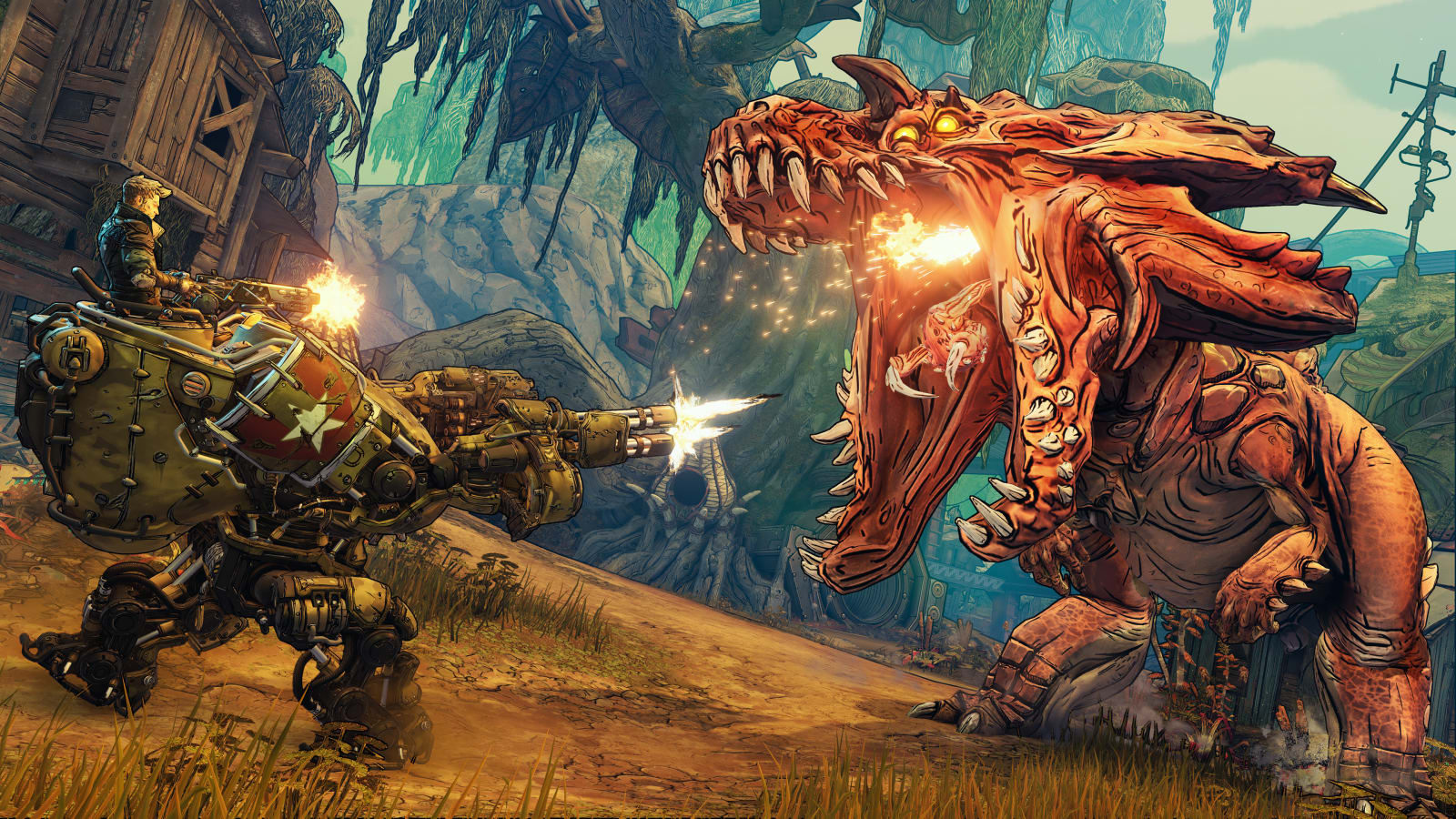 Borderlands 3 remains true to its predecessors in terms of play style. You command one of four unique Vault Hunters, each with their own special abilities and powers, shooting and looting your way across the galaxy. In this edition, however, you're looking for more than hidden treasures -- players must also contend with and eventually take down a dangerous cult known as the Children of the Vaults and their psychopathic twin leaders.

This is easier than it sounds given that you're the one with the guns. Quite literally all of them. Borderlands 3 features an unconscionable amount of weaponry, 17 million unique firearms altogether. During my demo, I fought as Amara, the Siren brawler, outfitted with a fully-automatic assault rifle and a more-powerful but single-shot hunting rifle. The aim, movement and firing controls were all tight.

Shifting from firing from the hip to aiming down the scope is smooth enough that it doesn't pull your aim away from the enemy's center mass. Head-shotting from distance is mind-blowingly consistent thanks to the accurate aiming mechanism, while bludgeoning enemies in close quarters is a boot-squishingly satisfying affair.

And you'll have plenty of opportunities to hone your shooting skills as you'll face off against veritable hordes of berserking enemies. I must have dropped close to 50 foes in the first five minutes of the demo, before facing off against the mini-boss, Mouthpiece. He came at me with a mini-missile-firing shield and acoustic attacks from the array of oversized speakers lining the walls of his lair, but was quickly dropped as I circled around behind and shot him in the head until he stopped twitching. 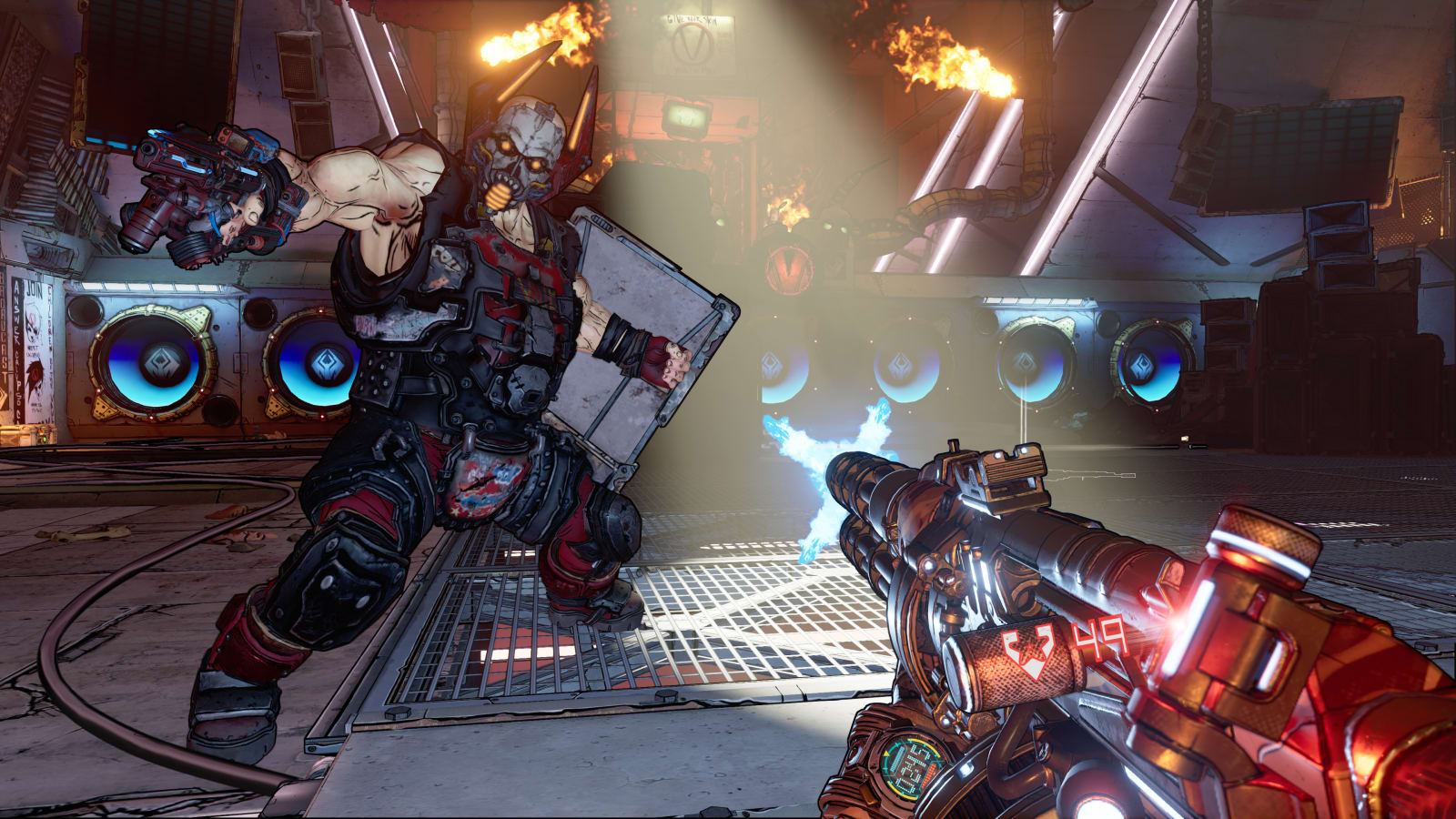 The game will offer single-player and both online and split-screen co-op. In fact, the Gearbox team has taken great effort to make Borderlands 3 as social as possible. You'll be able to sell weapons to your friends via the in-game gun vending machines, or "mail" them items directly. The game will also feature friend-based matchmaking to streamline the lobby process.

Character customization and personalization are also big features of the game. You'll find hundreds of skins and helmets for your fighter, each customizable with primary, secondary and tertiary color tones. That extends to your weapons as well. You'll be able to apply custom colors and skins to any weapon in your arsenal.