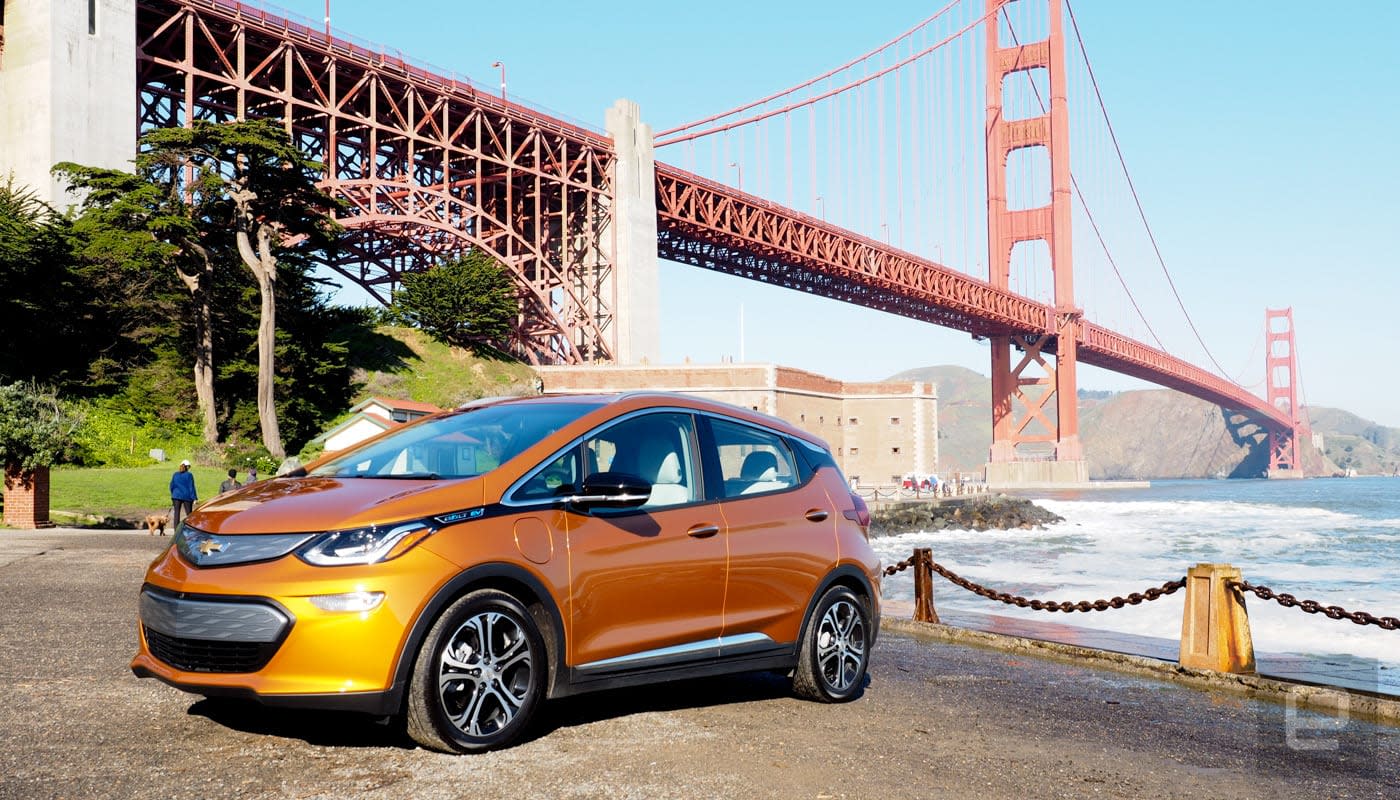 If you drive a Chevy Bolt and you're the type of phone owner who likes to use as few applications as possible, GM plans to make to its myChevrolet app more useful. This year, the automaker plans to update the app's Energy Assist feature to help you find your next charge. In most cases, GM is adding functionality that you had to use other apps to find.

Starting with stations operated by EVgo and ChargePoint, the app will display real-time information on their status, letting you know if they're available to use. GM plans to expand this functionality to include other operators, including EV Connect, later this year. With EVgo stations, you'll also be able to pay to use them directly through the myChevrolet app by linking your EVgo account.

Later this year, GM also plans to add a feature that will allow you to rate and review specific charging stations directly within the app. This is something apps like PlugShare have allowed you to do for a while. Notably, at least at launch, it won't include crowdsourced photos of stations to help you find them.

As before, you're able to use the app to find the location of every Bolt-compatible charging station, regardless of what company operates it. GM says there are now more than 40,000 of those across North America. If you're on the fence about buying a Bolt, the new features probably won't sway you in one direction or another, but for current owners, they're a nice addition that will make planning trips easier.

In this article: app, chargepoint, Chevrolet Bolt, Chevy Bolt, electric vehicle, ev, ev connect, evgo, gear, GM, mobile, myChevrolet, smartphone, transportation
All products recommended by Engadget are selected by our editorial team, independent of our parent company. Some of our stories include affiliate links. If you buy something through one of these links, we may earn an affiliate commission.