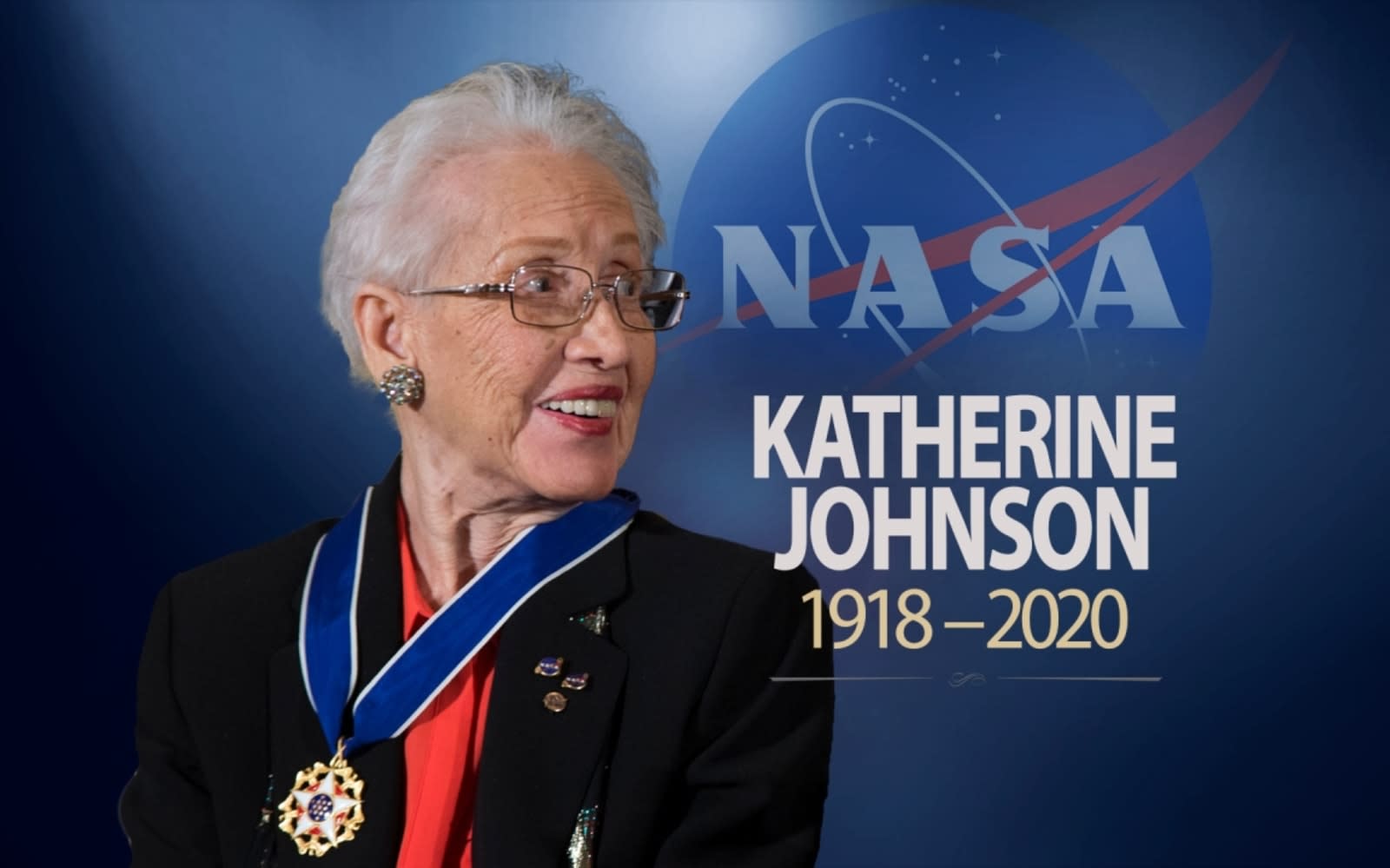 The celebrated NASA mathematician Katherine Johnson, who you may know from the book or film Hidden Figures, passed away today at the age of 101. Johnson is perhaps best known for helping NASA prepare for the orbital mission of John Glenn, but that was far from her only achievement or contribution to space exploration.

Katherine Johnson not only helped calculate the trajectories that took our Apollo astronauts to the Moon — she was champion for women and minorities in the space program and the world as a whole. We honor her memory today. https://t.co/kH9qEEvdMY pic.twitter.com/A341ukDFTl

Johnson was born in White Sulphur Springs, West Virginia in 1918. Her clear mathematical aptitude placed her several grades ahead. At 13, she was attending the high school on the campus of the historically black West Virginia State College. By 18, she was enrolled in the college. After graduating with the highest honors, Johnson took a teaching job at a black public school in Virginia. In 1939, Johnson was selected as one of three black students to integrate West Virginia's graduate schools. She enrolled in West Virginia University's graduate math program but left to start a family and later returned to teaching.

In 1953 Johnson took a job with the all-black West Area Computing section at the National Advisory Committee for Aeronautics' (NACA's) Langley laboratory, where she was assigned to a project in the Maneuver Loads Branch of the Flight Research Division.

There, Johnson contributed to NACA's (which later became NASA) first forays into space travel. She worked on the trajectory analysis for Alan Shepard's May 1961 mission Freedom 7, America's first human spaceflight. And in 1962, as John Glenn prepared for his orbital mission, he asked engineers to "get the girl," Johnson, to run the same calculations as the computer. If they matched, he said, he was "ready to go." That flight was a turning point between the US and the Soviet Union in space, and Johnson played a critical, but long underappreciated, role.

We're saddened by the passing of celebrated #HiddenFigures mathematician Katherine Johnson. Today, we celebrate her 101 years of life and honor her legacy of excellence that broke down racial and social barriers: https://t.co/Tl3tsHAfYB pic.twitter.com/dGiGmEVvAW

Johnson was also a prolific research author. In 1960, she co-authored a report laying out the equations for orbital space flight, marking the first time a woman in the Flight Research Division received credit as an author of a research report. She went on to author and co-author a total of 26 research reports.

Johnson retired in 1986 after 33 years at Langley, and in 2015, President Obama awarded her the Presidential Medal of Freedom, America's highest civilian honor. For many, Margot Lee Shetterly's novel Hidden Figures, and the subsequent film, was the first introduction to Johnson. Now brought to light, Johnson's legacy won't be forgotten and will hopefully lead to recognition for other black women too-long overlooked due to racism and sexism.

"At NASA we will never forget her courage and leadership and the milestones we could not have reached without her. We will continue building on her legacy and work tirelessly to increase opportunities for everyone who has something to contribute toward the ongoing work of raising the bar of human potential," NASA said in a statement.

In this article: av, entertainment, hidden figures, katherine johnson, mathematician, nasa, presidential medal of freedom, space, tomorrow, women in tech
All products recommended by Engadget are selected by our editorial team, independent of our parent company. Some of our stories include affiliate links. If you buy something through one of these links, we may earn an affiliate commission.