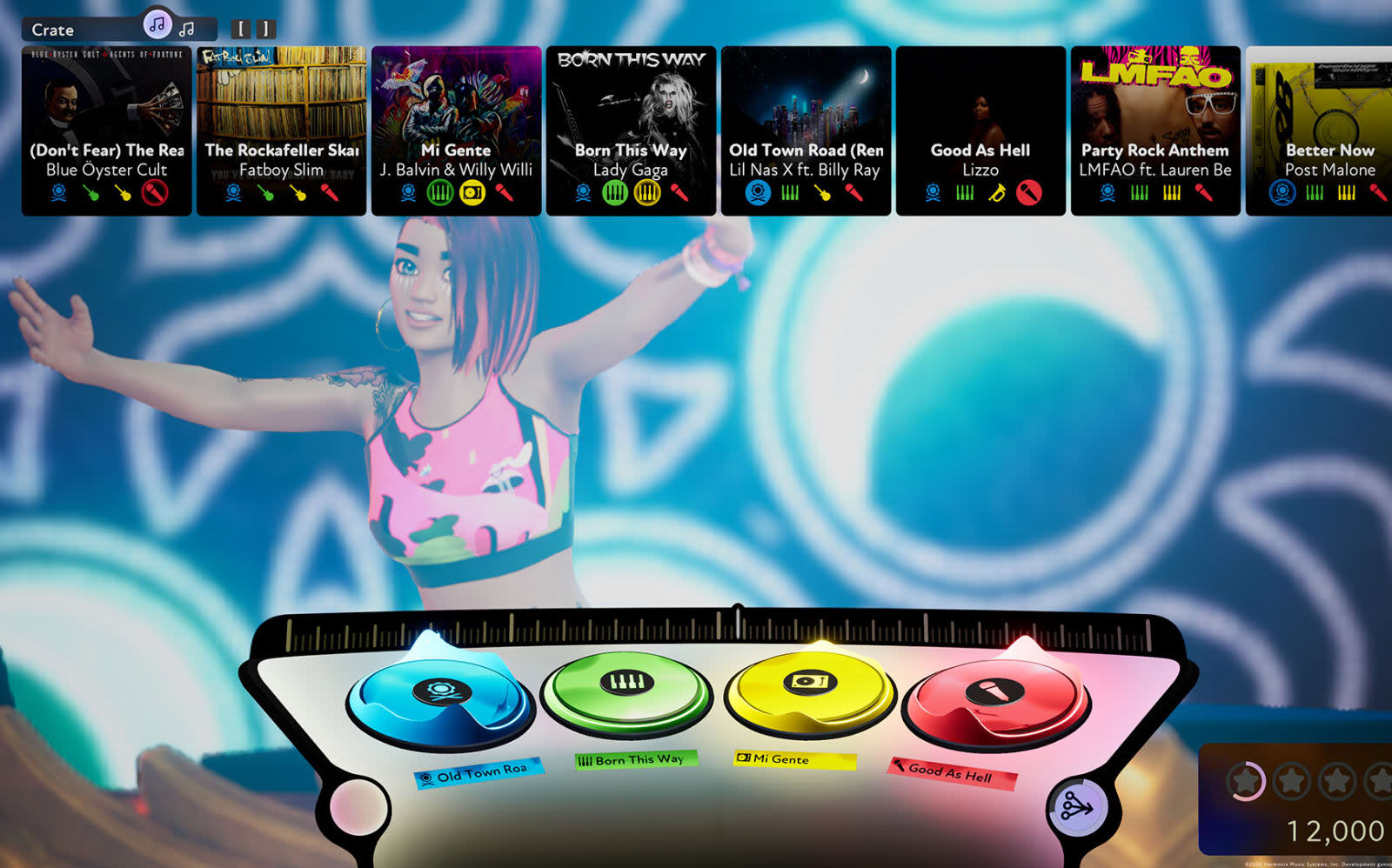 Harmonix, the developer behind Rock Band and Dance Central, is back with a new music-making game: Fuser. Players will become music festival DJs, mixing vocals, bass lines, beats and riffs from artists like Billie Eilish, Lil Nas X, Lizzo, 50 Cent, The Chainsmokers and Imagine Dragons. They'll earn points for timing and crowd feedback, and they'll be able to share their mixes with friends.

The game will come with over 100 songs, with additional downloadable content available. Eventually, the tracklist will include pop, hip-hop, R&B, dance, rock, country, Latin and Caribbean music. The game will offer multiplayer and freestyle modes, plus live challenges.

Unlike most other music-making games, users won't need a special controller to play. When the game arrives on PlayStation 4, Xbox One, Nintendo Switch and Windows PC this fall, users will only need a standard gamepad.

Harmonix will offer hands-on demos at PAX East in Boston beginning tomorrow, and it'll show the game off at EGX Rezzed in London next month.

In this article: art, av, Billie Eilish, dj, EGX, gaming, Harmonix, Lil Nas X, lizzo, mix, music, music festival, music mixing, ncsoft, nintendo switch, pax east, pc, ps4, video game, xbox one
All products recommended by Engadget are selected by our editorial team, independent of our parent company. Some of our stories include affiliate links. If you buy something through one of these links, we may earn an affiliate commission.