Virus enthusiasts from all over the world converged in San Francisco this week for America's largest security event: RSA Conference 2020.

Before it began, fourteen companies withdrew from RSAC over concerns about the impending Coronavirus (COVID-19) pandemic. On opening day, organizers sent a message through the conference app asking attendees to stop greeting each other with handshakes.

During RSA's second day, the City of San Francisco declared a State of Emergency. By day three, California confirmed its first Coronavirus case of unknown origin, sending the world outside RSA into a tailspin.

Needless to say, this was not one of the viruses 40,000 infosec professionals were looking for. However, RSA is a security event where everyone says they're threat experts and sales staff push products that detect and defend against infections (of the digital variety). So people did what they could to prepare under the looming shadow of what feels like the biggest threat this industry may ever face: a very real, fast-moving, and abstruse virus.

Day two at #RSAC! Stop by Booth 6371 to get these snazzy face-masks to protect yourself from #coronavirus and learn about the best-tested crypto on the market
@RSAConference #TLS13 #FIPS1402 #SecureBoot #MQTT #IotSecurity #COVID_19 #coronavirusoutbreak pic.twitter.com/JWFqiafW10

It's not like anyone coming to RSA could ignore being at an epicenter for news about this specific Novel Coronavirus, aka COVID-19. "Michael Sentonas, the CTO of CrowdStrike" told TechRepublic that he tried to buy hand sanitizer upon landing in San Francisco, "but it was sold out everywhere." As of this writing, it still is.

"While the majority of cases and deaths have taken place in China, the epicenter of the illness, the virus has now spread to about 30 countries, including the United States," stated the Mayor's office. "Currently, there are 53 confirmed cases in this country, including 10 in California. While San Francisco has no confirmed cases in city residents, three COVID-19 patients from other counties have been treated in San Francisco hospitals. Given the global patterns that are being seen, there is a growing likelihood of cases in San Francisco."

Like the rest of us, RSA's organizers found themselves in nightmare territory with a bunch of very old maps. How RSA proceeded from there, is interesting.

That's all in addition to increased medical staff, discouraging handshakes, "disinfecting registration counters and floors continuously throughout the day," and wiping down shuttle buses four times a day.

"On Wednesday morning," reported press, "new signs popped up with a list of tips: clean your hands with soap and water, don't touch your eyes, nose and mouth; if you feel ill, go to our First Aid Office. During the day, Moscone Center employees wiped down door handles frequently with sanitizers." Still, the mood remained surprisingly light.

San Francisco is my hometown and I can tell you for a fact that it has never been this clean.

Infosec is my beat, so you can also take it from me that the sector suffers from having a significant number of people, who think the rules don't apply to them, creating serious blind spots about the damage they sometimes do to people around them. So I guess we'll find out in about two weeks — the Novel Coronavirus incubation period — how the world's top threat experts fared against real-life viruses when the tipping point into pandemic occurred.

There was speculation that RSA would (or should) cancel — as has Mobile World Congress, Facebook's F8, and its Global Marketing Summit. "The total number of exhibitors," stated RSAC, "including Verizon, that have canceled their participation as a sponsor or exhibitor is fourteen, including six from China; seven from the U.S.A.; and one from Canada."

Those cancelations were huge, even though RSA downplayed the impact. They included Verizon (Gold Sponsor), IBM (Platinum Sponsor), and AT&T (Gold Sponsor). "Since our last update, the number of individuals, including those from AT&T Cybersecurity, who have canceled their registration is approximately 1.2 percent of the total number of expected attendees. We also feel that it is important to communicate an update regarding the nine companies from China signed up to exhibit at RSA Conference 2020. Of those nine companies, six have canceled due to travel restrictions."

IBM's empty/cancelled RSA booth space is a respite for the weary 🙌 https://t.co/hxx6O11K3u

Other tech conferences are watching big companies dropping out left and right; many are giving the whole "let's all hang out and try not to get the plague thing" a big oh hell no. 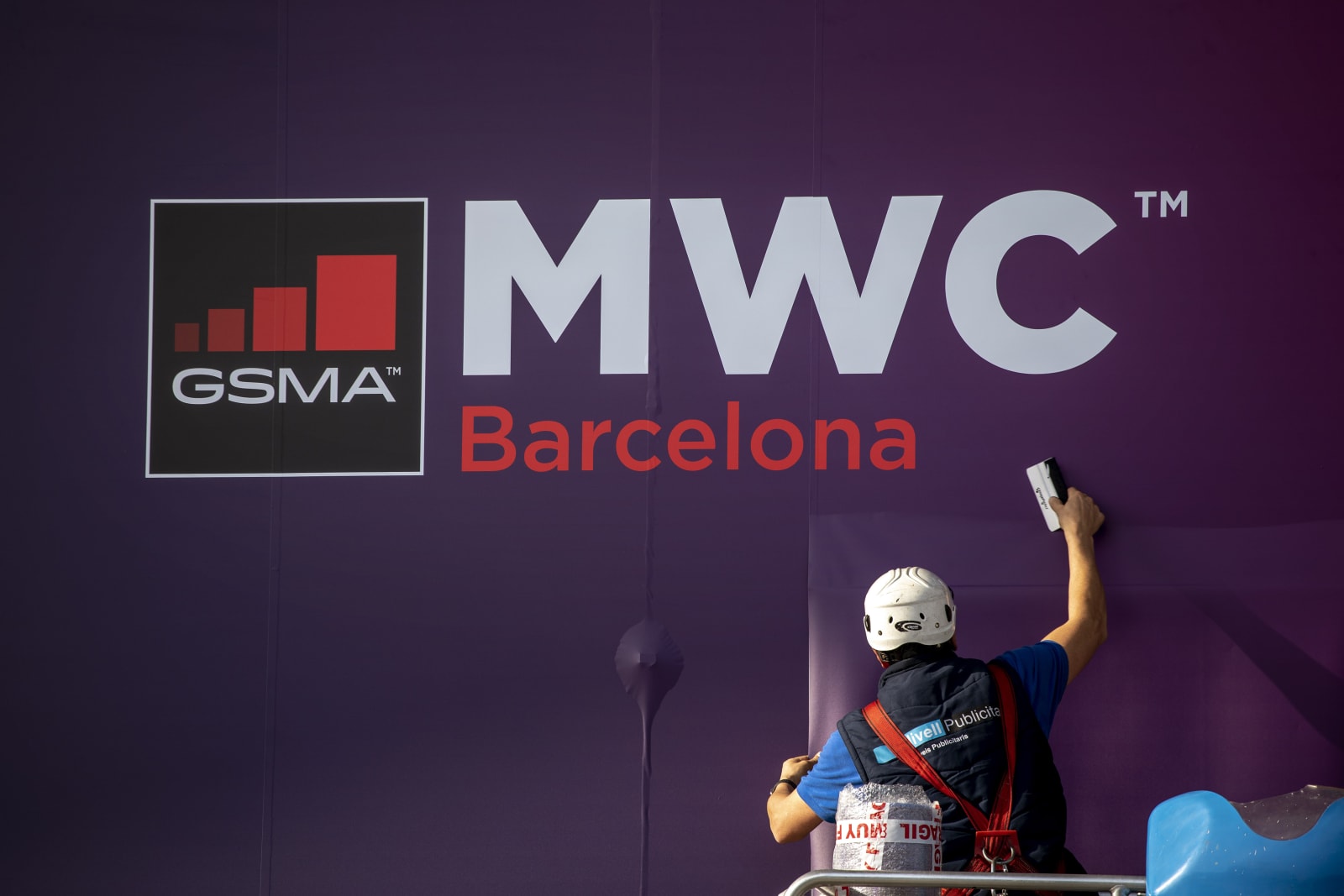 Mobile World Congress, at 100,000 visitors, is the world's largest trade show for the smartphone industry. It was canceled for the first time in 30 years "over coronavirus-related concerns," Engadget reported earlier this month. The announcement came after several major companies (including Amazon, LG, Sony and NVIDIA) dropped out.

Yesterday Microsoft joined Sony, Facebook, and other companies in dropping out of Game Developers Conference 2020, set to take place in San Francisco. That same day, Facebook canceled its huge developer conference F8, though as we reported, "the company is planning locally-hosted events and livestreamed content to try and make up for skipping the main part of the conference."

Facebook had previously canceled its big annual marketing conference, reported Business Insider. "The Global Marketing Summit was expected to bring 5,000 people to San Francisco." Another article stated, "Black Hat Asia, a Singapore cybersecurity conference that was to begin in late March, has been postponed until the fall."

Meanwhile RSA SF grappled with opening its Expo Hall just as the City of San Francisco declared a state of emergency. CNBC then reported that enterprise software vendor Workday canceled its giant conference in Florida, while "Facebook and Sony also pulled out of March's Game Developers Conference in San Francisco."

This all came to pass as tech stocks took a dive, dragging the market down with them into a fresh new panic zone. It's hard to conjure sadness for rich, stock-humping techies facing the possibility that their lives might become a bit more like the rest of ours. But a close look at what's going on with tech's stock implosions might clarify what the director of the National Center for Immunization and Respiratory Diseases was trying to tell us at the beginning of this week.

The CIRD's Dr. Nancy Messonnier cautioned we were past "if" and into "when" — and that we should start making infection plans and stock up on things like masks. She also said, "We want to prepare Americans for the possibility that their lives will be disrupted."

What might that mean? Probably not just high prices on everything made in China, like oogy rubber sex toys and sketchy internet-connected surveillance cameras. Anyway, look at Apple right now.

Apple did not mince words in a statement about missing its revenue guidance. Basically, plants closed, reopening is not going well, retail stores are closed, and there is no one to shop in them. Apple stated, "worldwide iPhone supply will be temporarily constrained ... [and] demand for our products within China has been affected. All of our stores in China and many of our partner stores have been closed. Additionally, stores that are open have been operating at reduced hours and with very low customer traffic."

Nintendo's Switch is also facing coronavirus-related production and shipment delays in Japan. Meanwhile, Google confirmed to press it closed all offices in Hong Kong, Taiwan, and China for the time being. Google, Facebook, and Apple have restricted employees from going to China, and workers who have gone to China recently can't come back into the office for "up to two weeks," wrote Vox.

Make no mistake: putting China and Southeast Asia on pause is costly. And a tech sector in tailspin will take everyone with it. In an eloquent analysis, Economist writer Ryan Avent said, "we have very little idea how this is likely to play out."

In terms of the nature of what we're facing, well, it's a supply shock: a reduction in the capacity of the economy to produce goods and services, as opposed to a drop in people's willingness to spend. Shuttered factories, canceled events: those all represent obstacles to the creation of GDP.

... The world has never experienced a supply shock with this disruptive potential in the era of hyperglobalization. We don't know how large-scale supply disruptions will cascade across the supply chains that have grown up over the past few decades.

There's more, but one of Avent's final cautions has been stuck in my head for days: "I would say though — keeping in mind that there is huge uncertainty about all of this — that if indeed we are now facing a pandemic there is a good chance that the global economy will contract in the first half of 2020."

Well. I guess one upside is that the videoconference business is booming.

So we can hope that RSAC 2020 San Francisco was a safe experience for attendees and, well, everyone around them in the coming weeks. We can stock up on masks, argue about lethality and the flu, we can also be really really angry about all the missed chances to contain the Coronavirus known as COVID-19.

Yet I think that, just like with security and privacy issues in tech, we'd be wise to consider the effects of the virus and the underlying picture — so we know the risks we face and can take steps to reduce the harm. No one's going to ride in and save us but ourselves, and each other. To smack aside divisive forces and help one another.

We're on our own, and that's not new. After surviving the AIDS crisis in San Francisco (we were abandoned by the federal government to die), I know we have the strength, the smarts, and the power to handle it -- together.