I don't like surprises, especially the kind that cost me money. Our sump pump failed one winter during a flash thaw, but I didn't find out about it until several inches of water ruined the electronics, books, and furniture in our basement. I could have avoided that damage with a simple smart water-leak sensor, which would have alerted me to the problem early. If you're the kind of person who loses sleep worrying about home catastrophes, you can ease your anxiety with fairly inexpensive smart-home sensors that can detect small problems before they become big expensive ones.

Smart-home sensors can be discreetly placed all around your house, don't require any expertise to use, and leave you with some peace of mind knowing that if mayhem strikes, you'll have enough time to act before it busts your repair budget. Some smart-home sensors can be set up by themselves, while others work best when integrated with Apple HomeKit or another smart-home hub like SmartThings or Wink, which let different smart-home devices work together. All can send notifications to your smartphone when triggered, and many work with smart speakers like the Amazon Echo or Google Nest Hub, letting you check their status just by asking or receive voice notifications through the speaker.

Here are some of the smart-home devices we think are useful for most people: 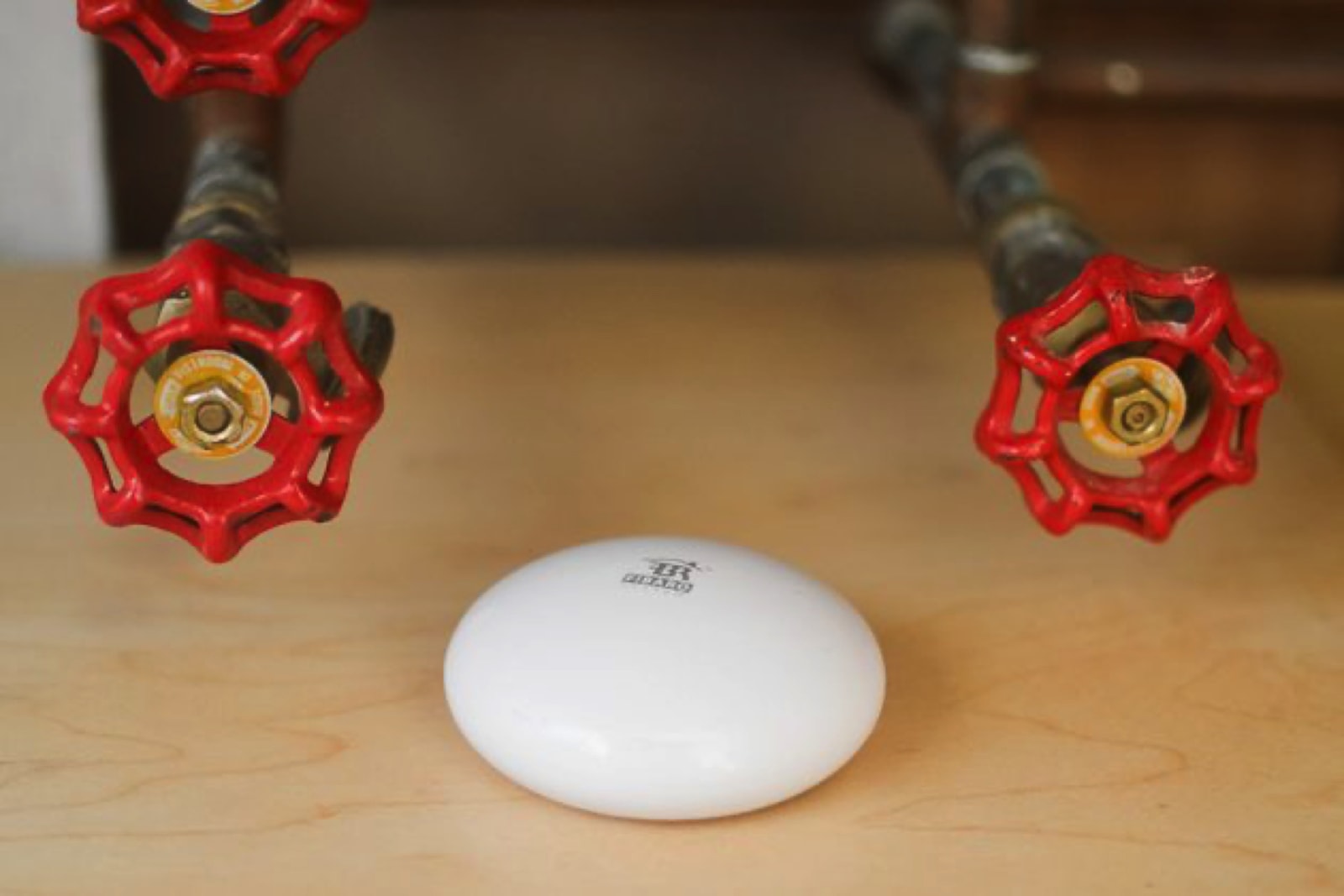 Water is great when it's coming out of the faucet on demand, but when it's slowly leaking under your sink or around your old washing machine, rotting the floorboards or flooding a room, it becomes an expensive menace. Wirecutter recommends the iHome Control Dual Leak Sensor: It works on Wi-Fi (no smart-home hub required), has a super-long battery life, and includes two sensors, letting it detect leaks in two different spots. It can also fit under and around any potentially leaky thing, including fish tanks, dishwashers, hot water heaters, and, yes, sump pumps.

Fibaro also offers leak detectors designed for people who already have smart-home platforms based around Z-Wave hubs or Apple HomeKit. If you use one of those systems, the Fibaro sensors are great, and they can also be used to detect temperature changes.

Next to free-flowing water, frozen water is one of the biggest causes of home damage. We're talking about frozen water pipes, which then back up, expand, and burst, creating expensive fountains in your basement. Like leak sensors, freeze sensors are small devices that constantly monitor the temperature of the object or area they're in touch with. When you put one on your incoming water line, it'll send you a notification or text message that you're going to need a lot of towels if you don't do something fast.

If you already have a security system such as the Ring Alarm, SimpliSafe, or Abode, you can get a compatible freeze sensor to work with it. If you don't, you have a few options. Both the Honeywell Home Wi-Fi Water Leak and Freeze Detector and the Roost Smart Leak Detector connect to your Wi-Fi network and smartphone without a hub. Some sensors include probes or contacts that need to be in contact with the object they're monitoring, while others detect the air temperature around it and alert you when it gets low enough to risk a problem.

For a step up in pipe protection, look for devices that measure water flow, such as the Phyn Smart Water Assistant, which detects not only leaks but also when ice begins to form in your home's plumbing. It sends you a text alert before a pipe bursts and can also be combined with a shut-off valve to automatically cut off your water in an emergency. For monitoring only, Phyn costs three times as much as most other sensors. It's a big investment, but one that provides leak detection for your entire home. 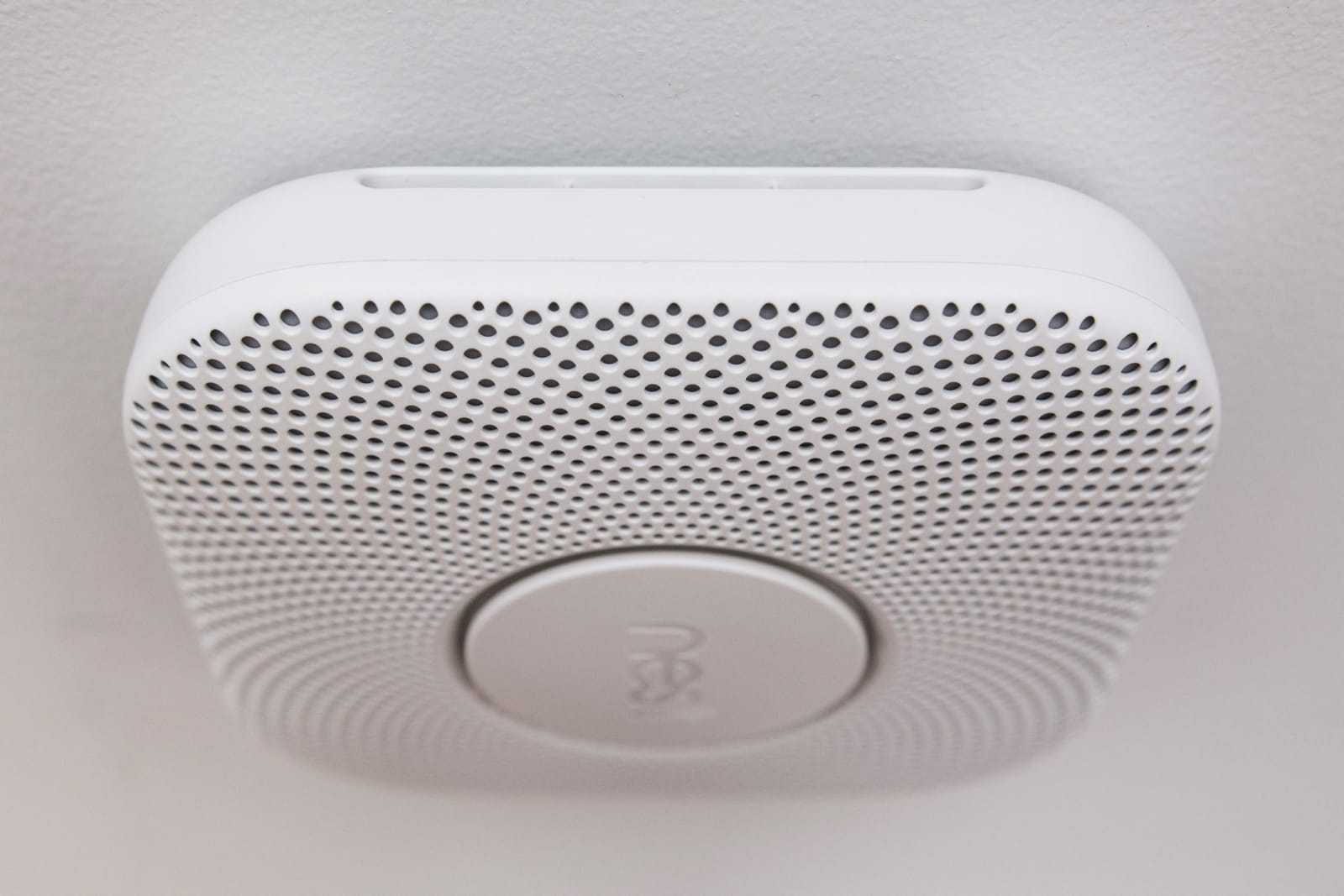 Most homes already have smoke alarms, often more than one, and they're an essential safety feature for anyone. But they have one major shortfall: They're only effective if you're actually home to hear the siren going off. A smart smoke alarm does that but also notifies you when you're away, letting you call the fire department and a trusted neighbor to ensure a faster response and the safety of people who live nearby.

Our favorite is the Google Nest Protect, which senses both smoke and carbon monoxide. The Roost Smart Battery lets you turn regular smoke alarms that use 9V batteries into smart ones. For people who own an Alexa speaker, the Alexa Guard feature, available on most Echos, acts as a smart smoke alarm by listening for the sound of your regular smoke alarm and sending you an alert if it hears it. (All of these devices send notifications to your smartphone in a smoke event.) 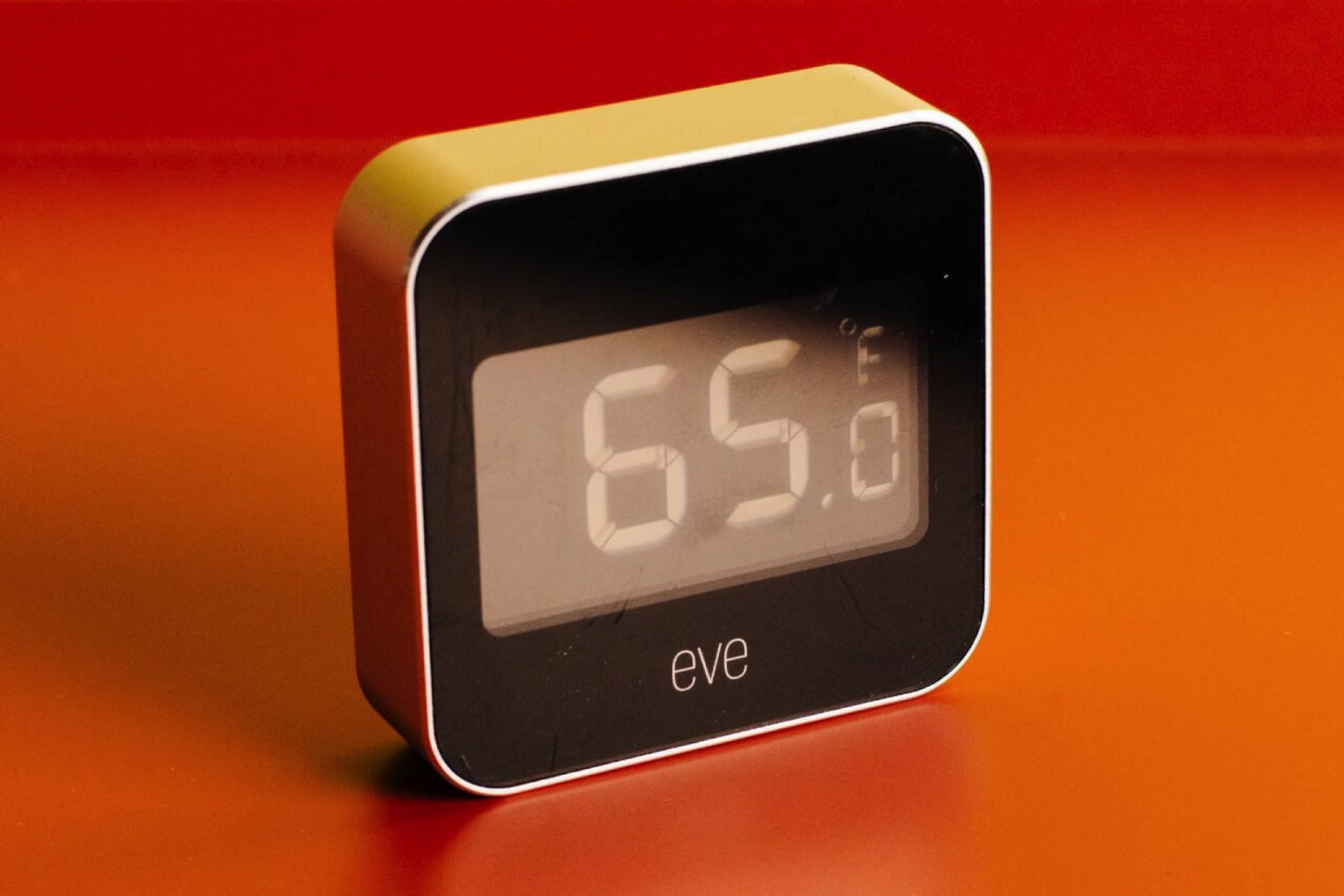 Aside from helping you regulate the climate in your home, temperature sensors can notify you of changes in temperature-critical locations such as wine cabinets, humidors, crib rooms, or pet enclosures. Let's say the heater in your anaconda cage blows out in January. A temperature sensor can alert you to the problem, giving you a chance to fix it before your snake catches a cold. Most temperature sensors are small, about the size of a matchbook, and can be discreetly hidden away. If you connect one to a smart speaker like the Amazon Echo, you can set custom announcements, such as "snake is chilly," to warn you of a problem. Some freeze sensors mentioned above work as general temperature sensors, but we also like the Eve Degree sensor for Apple HomeKit users. In addition to being a smart sensor, it features a display that lets you see the temperature without having to open an app on your iPhone. 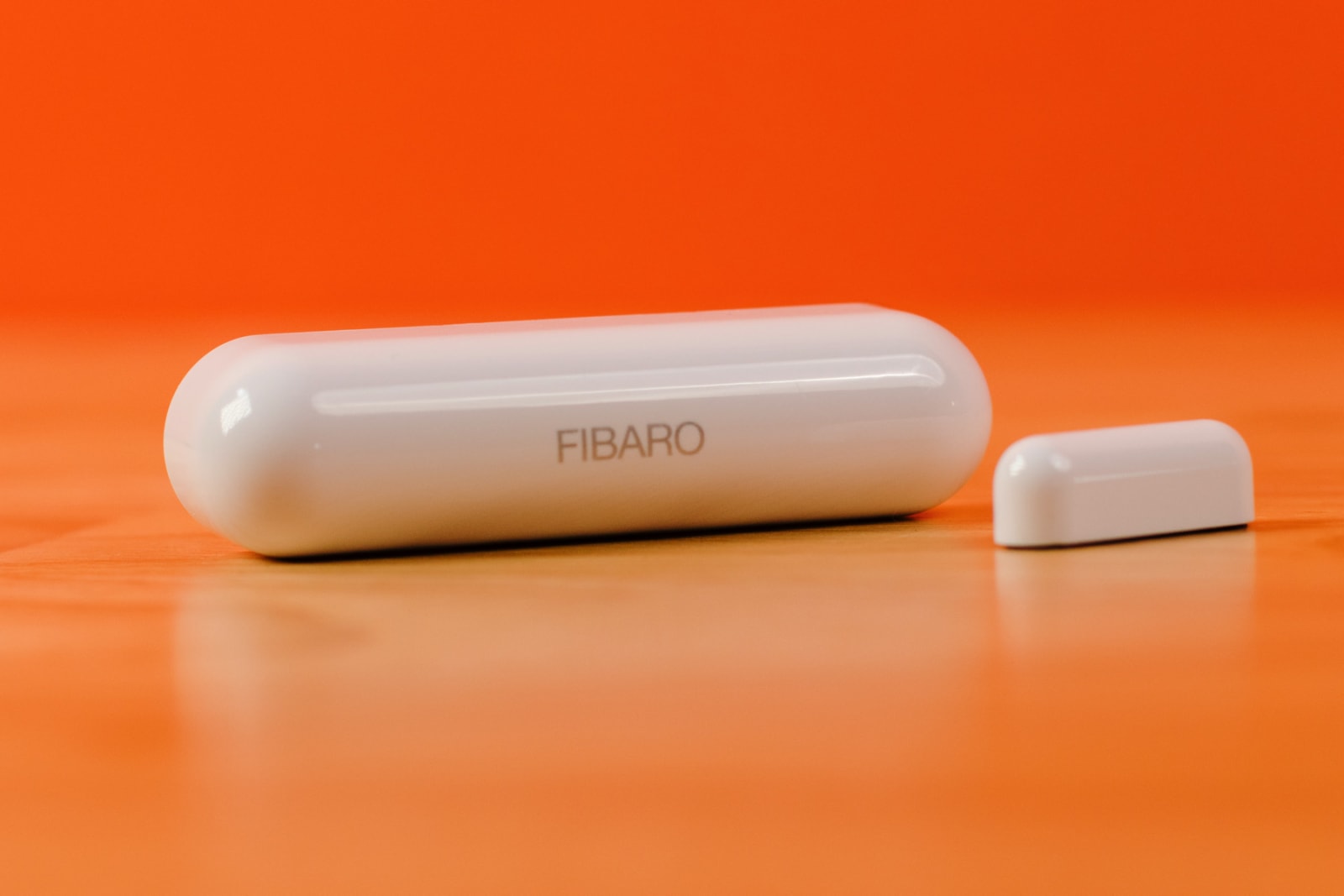 Used on doors or windows to determine if something is opened or closed, contact sensors are usually part of a security system that alerts you when an intruder enters your home. But they can be used in lots of other practical ways to protect your belongings: A contact sensor on the fridge can let you know the door is open so you can close it before your food is ruined. One on the garage door works much the same way, letting you close it before you're too far away from home (and a smart garage-door controller allows you to close it remotely).

If you have a liquor cabinet or other valuable storage space, you can set up a contact sensor to let you know when snooping hands go where they shouldn't. If you have toddlers and worry about them accessing certain parts of the home, contact sensors can quickly alert you when small hands push open a gate. A basic Wi-Fi sensor we like is the Monoprice Stitch: It's a little bulky, but it doesn't require a smart-home hub. It also works with Alexa routines, meaning you can program your smart speaker to make announcements like "beer fridge was opened." People who use Apple's HomeKit system should look into the Fibaro Door/Window Sensor.

Several of the sensors included here combine multiple sensing capabilities, such as motion and temperature, into one device, so you may be able to save some money by getting something that does double duty. Placing sensors around the house may seem like an unnecessary expense for the overly cautious—but compared with the cost of major plumbing repairs or fire, you're getting a bargain.