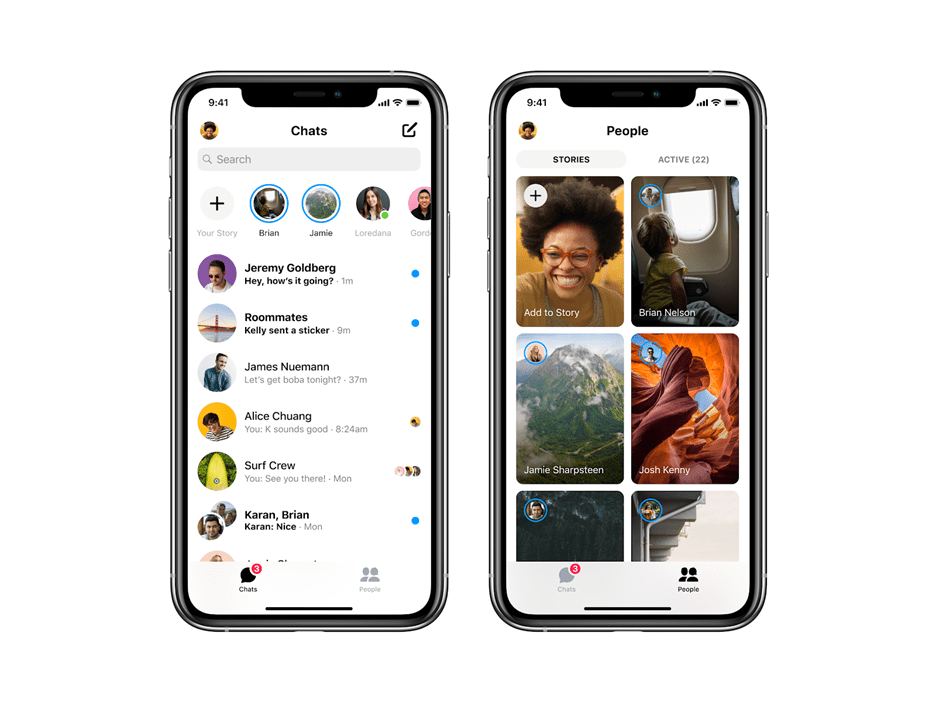 Facebook just moved one step closer toward its goal of allowing users to swap messages across Messenger, WhatsApp and Instagram. Today, the company announced that it's rolling out a new version of Messenger for iOS that's been rebuilt "from the ground up."

This is the "Lightspeed" redesign the company first teased last year at F8. But, besides, faster launch speeds, most users shouldn't notice much of a difference between the new app and the one they've already been using. That's because "Lightspeed" was more about simplifying Messenger's underlying code (Facebook notes the app went from 1.76 million lines of code to 360,000) than adding features to a notoriously bloated app.

In fact, Messenger's engineers have been steadily stripping features out of it, like the Discover tab, which the company confirmed it was axing last week. (Separately, Facebook notes some features may be "temporarily unavailable," but no word yet on which specific capabilities may be affected.)

More importantly, the redesign lays important groundwork for other big changes that will fundamentally change the way you use Messenger, namely Facebook's plan to bring all of its messaging into a single experience. The company also suggests that the new version helps move the app a little closer toward its goal of adding encryption to Messenger chats by default, though it's unclear exactly how. For now, those remain longer term goals. Zuckerberg has made clear that cross-app messaging isn't coming any time soon, and the company recently confirmed its encryption plans are still years away.

In this article: code, facebook, Facebook Messenger, messaging, messenger, mobile, social, social media
All products recommended by Engadget are selected by our editorial team, independent of our parent company. Some of our stories include affiliate links. If you buy something through one of these links, we may earn an affiliate commission.